The 7th IeSF eSports World Championship took place in Seoul, South Korea in these past couple of days. South Korea was the defending champion for three years and everyone was expecting them to defend the trophy on their home turf. Things took a few unexpected turns, though, and Serbia ended up in the top slot of the general leaderboard. 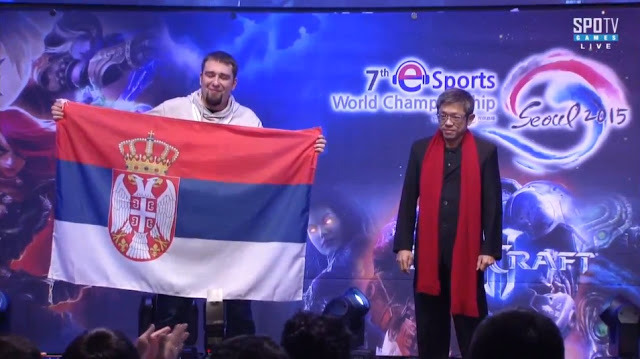 Serbian teams ranked first in Hearthstone, third in League of Legends and eighth in Starcraft 2. According to the the scoring system, this makes Serbia’s eSports teams the winners of this World Championship. During the group phase, none of the three had even a single loss. By the time they got to the top eight, things started going downhill for some.

BeastyQT, the Serbian Starcraft 2 player just couldn’t cope with the tight competition. He ended up 6th after his short fight in the bracket stage. First place was taken by Finland’s Serral, second went to China’s Jeshi, while EnDerr from the Philippines won third place.

In League of Legends, the Serbian team (Mantra W) took the bronze, outperformed by the Chinese (silver) and South Korean (gold) teams. The fact that China lost in the finals is what helped push Serbia up the leaderboards and win the championship.

The new IeSF eSWC Hearthstone champion is d00m1n80r from Serbia, followed by Thailand’s MiTH.Ledah with the silver, and Romania’s RO_Moody in third place.


Congrats to the winners!

NEXT POSTFirst Blood And Wine Screenshots | The Witcher 3