Is Slime Rancher 2 coming to PS5 and PS4? Is there a Slime Rancher 2 PS5 release date? The sequel to the slimy SF award-winning life-sim adventure has just hit Steam, Epic, and Xbox Game Pass. And although still in early access, it seems that the game is already an instant success, with the “Overwhelmingly Positive” score on Steam. However, fans of the original who have played the game on PlayStation 4 want to know if the sequel will come to PlayStation as well. Here’s what we know about the Slime Rancher 2 release date for PlayStation 5 and PlayStation 4. 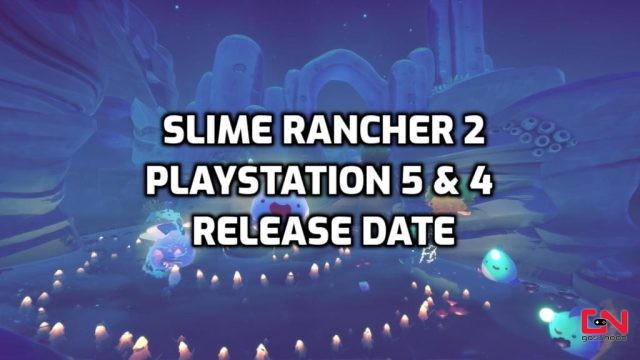 As we’ve already mentioned, Slime Rancher 2 is now available in early access via Steam, Epic Games Store, and Xbox Game Pass. Thus, when it comes to consoles, you are currently only able to purchase the game on Xbox Series X/S. Or, of course, play it via your Xbox Game Pass subscription. The game is not even available on Xbox One, making it a “true current-gen” game. However, the original Slime Rancher game has been released on all platforms – PC (Windows, macOS, Linux), Xbox One, PlayStation 4, and the Nintendo Switch.

So, why is then Slime Rancher 2 only on PC and Xbox? And will it come to PlayStation? Firstly, the game is not yet officially released. As we’ve already mentioned, the game is “only” available in early access. And, as stated by developers (Monomi Park), they plan to keep it in early access for around 18 months. Only then will it be fully released. When it comes to other platforms, the developers state that “no other platforms have been announced at this time”. The carefully chosen word “announced” led us to believe that the game is almost certainly coming to other platforms. But when?

Well, the first Slime Rancher game was also originally only released on PC and Xbox One( August 1st, 2017). And almost 13 months later, on August 21st, 2018, a PlayStation 4 version was released. Thus, we think that the PlayStation 5 version of Slime Rancher 2 will not be released before September 2023. And, when it comes to the PS4 version, it seems that Monomi Park has no plans at all to port the game to the last-gen consoles. Thus, while we can not confirm, we don’t expect Slime Rancher 2 to ever be released on Xbox One and PlayStation 4.