Song of Iron, a dark, Nordic-inspired action-adventure, has gotten an official release date on Steam, as well as Xbox Series X|S and Xbox One. You can wishlist the game on Steam, or pre-order it on Xbox. It will be priced at $19.99 on both storefronts. Created by Joe Winter, solo developer of Resting Relic studio, the game looks to be full of fluid and strategic combat, combined with stunning and moody visuals. Let’s dive into further details concerning the game, including the exact release date. 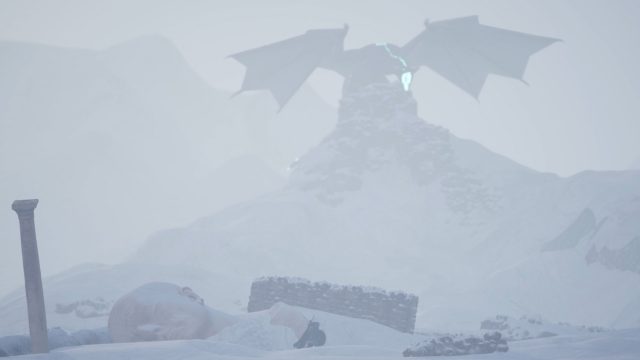 When Is The Song Of Iron Release Date

The game is set to release on August 31st 2021 on both Steam and Xbox. A new trailer has also dropped, revealing more about the game and its setting. You play as a lone Nordic warrior, armed with axe, shield, spear, bow, and probably other weapons. They are beset from all sides by powerful foes – other warriors and more supernatural enemies as well. Not only that, but the very elements are against them, as well, with snow blizzards and other treacherous terrains like steep cliffs. Judging by the trailer, you will need to outwit and outrun your enemies as often as confront them. There are puzzles and traps that you will need to solve and navigate around.

The number of moves and actions you can take in combat seem really impressive. Besides the usual assortment of parry, dodge, roll, your character will also be able to pull off even more impressive attacks. These include the option to throw your weapon, jump kick, or carefully aim where you want to shoot your arrow or thrust your spear. The fact that the entire thing is the work of just one person makes it even more impressive. We are looking forward to trying the game out for ourselves when it releases on August 31.