Yes, it’s that time of the year again. Steam Summer Sale, the best Steam sale of the whole year for many gamers, is live. The sale features thousands of discounted games along with numerous DLC. You can expect this year’s Steam Summer Sale to last until July 9. A special perk for those who plan on spending $30 or more is that you can get a $5 discount on each purchase that’s $30 or more. And that’s only a single time perk. You won’t get additional discounts on future $30 or higher purchases. Not as great as Epic Games’ $10 coupon for each game bought but it’s something.

Steam Summer Sale 2020 Has a Number of Solid Deals, a New Points Shop 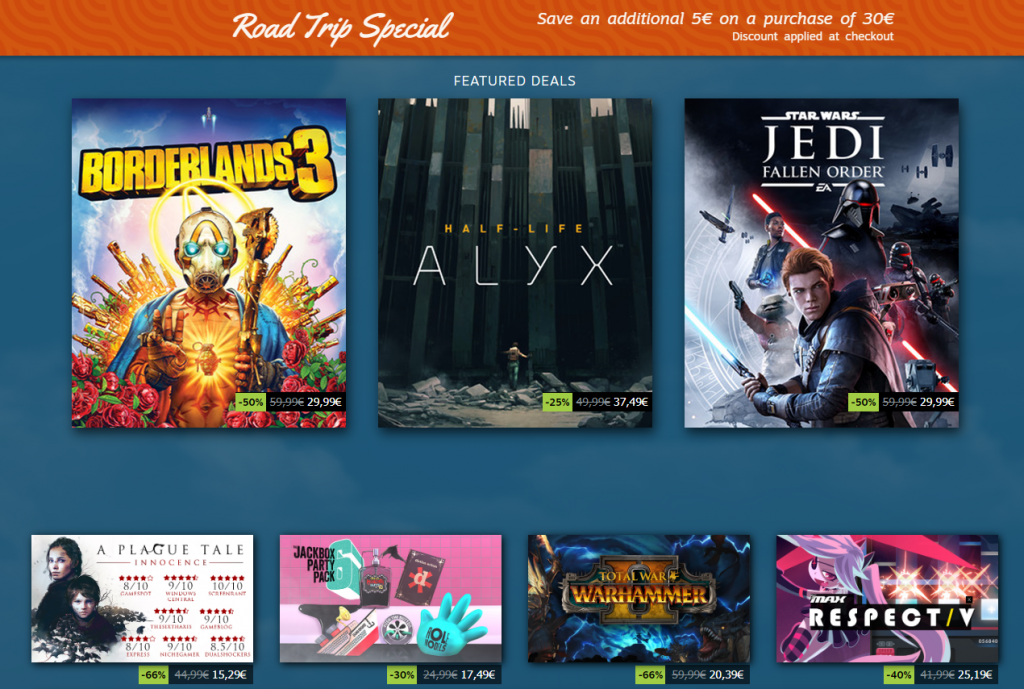 When it comes to game deals, there’s a ton of those during the Steam Summer Sale but they aren’t jawdropping. For instance, you’ve got Borderlands 3 for 50 percent off, which is the regular discount the game has gotten a dozen of times already. Something like 60-65 off would be much better. Anyway, you also have Jedi Fallen Order for 50 percent off or Half-Life Alyx for 25 percent off.

When it comes to juicier discounts, A Plague Tale Innocence is 66 percent off, selling for just above $15. Planet Coaster is 75 percent off, priced at just below $10. All DLC for the game is also discounted. You have Cities Skylines for 75 percent off, MGS V for 75 off, and Fallout 4 for 75 percent off. You can find hundreds of additional deals by visiting the Steam Summer Sale homepage. What’s also worth mentioning is the new Points Shop, where you can trade points earned for buying games (you’ll get a bunch of points from the get-go for all games you’ve bought from Steam) for various prizes. You have stickers, emotes, profile backgrounds, avatar frames, and more. You can easily find the Points Shop. It has a huge banner on the top of the Steam Summer Sale homepage.