The Quarry is the latest interactive narrative horror title coming from Supermassive Games. The renowned studio is known for its horror experiences such as Until Dawn and The Dark Picture Anthology. While The Quarry brings some innovative elements to the proven formula, it also doesn’t stray away too much from what you would expect in a Supermassive horror game. The focus is on decision making, strong narrative, and quick-time events (QTE). And just like in Until Dawn, you will be able to make these decisions with friends in co-op. Here’s when is The Quarry getting multiplayer and how to play with friends. 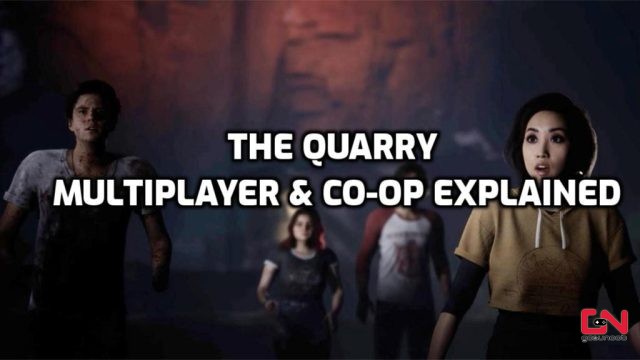 The Quarry releases on Friday, June 10th. For the exact details, check out our The Quarry launch breakdown. However, the game’s online multiplayer component would not launch at the same time, the studio announced a few weeks ago. Luckily, this is only a temporary delay, as the studio needs to perform some final preparation before launching this component of the game as well.

An update on The Quarry's online multiplayer: pic.twitter.com/Bipo0yxp2g

“We’ve made the difficult decision to delay the online multiplayer mode to deliver the best possible experience for you,” the statement reads. “It’s not a long wait though; online multiplayer will be added via an update by July 8th.” This means we will have to wait less than a month for online multiplayer to arrive. However, the local couch co-op is still available, and here’s how you can play it.

How to Play The Quarry with Friends

The story of The Quarry revolves around nine different characters who can live or die at any given moment based on your decisions. If making such important decisions is too tasking on you, you may share this responsibility with your friends. The local co-op supports up to eight players, where each player can take a role of a different character and make decisions for them. All you need to do is to choose the local co-op when starting the game, and players will take turns whenever their character appears.

Online multiplayer works a little bit differently. Instead of each player controlling a separate character, only one player controls characters(host). And seven other players will vote for every single decision out there. Thus, each decision for every character will be made depending on the votes of all eight players. With that said, that’s all you need to know about multiplayer and co-op in The Quarry.