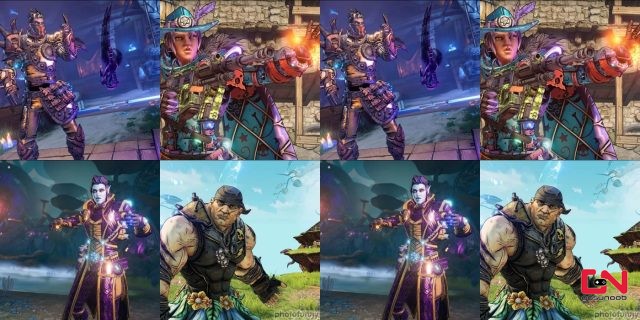 Can you Play Tiny Tina’s Wonderlands in Split Screen Mode?

You can breathe a sigh of relief, Gearbox has confirmed that a local split-screen co-op mode will be available in Tiny Tina’s Wonderlands. This means that you can invite your friends to your place and play the game in person with them! Playing co-op games is best when you gather your friends in the same room, and we are glad to see that Gearbox hasn’t abandoned split-screen, like many other studios recently.

Tiny Tina’s Wonderlands split-screen supports up to four players for those how are playing on PlayStation 5 and Xbox Series X|S. On the other hand, if you play the game on the old-gen consoles, PlayStation 4 and Xbox One support two-player split-screen action. Which is still perfectly fine if you ask us!

You can either play split-screen local co-op with your friends only or you can mix things up. For example, you and your friend can play split-screen plus another two players online. And if you play in a two-player co-op, you can choose between a horizontal or vertical split-screen orientation. This neat feature is available on all consoles, both current and old-gen hardware. Unfortunately, the split-screen feature is not supported on the PC. At least not on launch, but it might be added at a later date. With that said, that’s all you need to know about local co-op multiplayer in Tiny Tina’s Wonderlands.

NEXT POSTWordle Words Ending in Osh