If you haven’t heard about Trepang2, that’s totally fine. The game is an indie FPS made by a four-person team called Trepang Studios. They are working on the game since 2017 and have released a demo a few days ago. The demo covers the prologue of the single-player campaign and it also contains the Horde mode. And the game feels rather enjoyable. Basically, this is a modern take on F.E.A.R. and it plays as slick as its main source of inspiration. 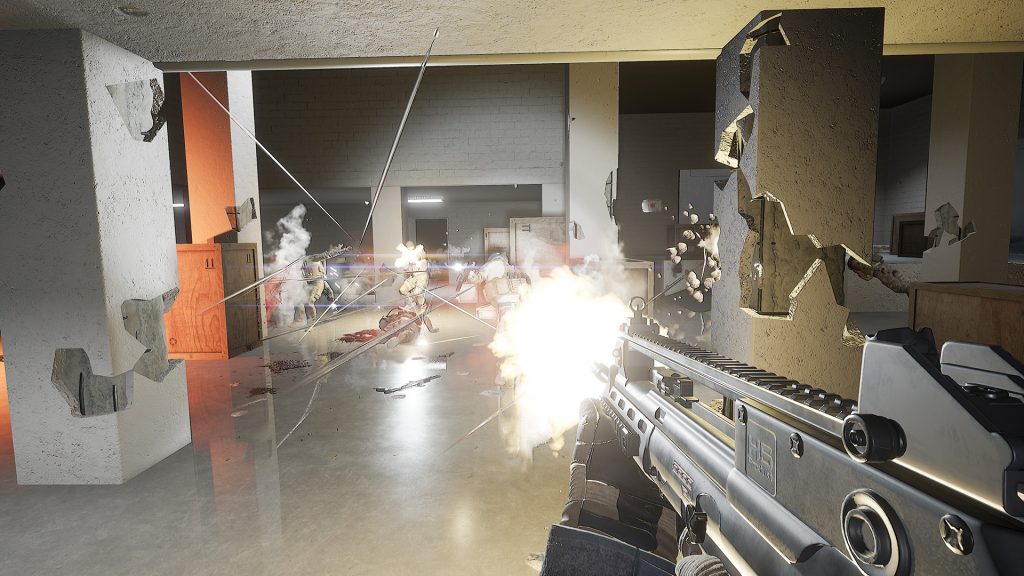 The story bit of the demo is quite interesting. You wake up inside a huge building that supposedly hosts blacksite projects. Your memory is gone but soon after you discover that your combat prowess is intact. What follows is an extremely enjoyable shooting that feels physical and powerful as in F.E.A.R. Weapons have incredible kick making it so enjoyable to fire from them. Enemies are often turned into a mushy pulp after hitting them from the shotgun, which just amplifies the weapon power.

There are also melee kicks that can be combined with fast-paced shooting and they feel as kinetic as firing bullets. The game features destructible environments and the air is filled with bullet traces during each set piece. And when you slow down time well, Trepang2 turns into the most enjoyable shooter since well, F.E.A.R. Basically, the game looks like a remastered F.E.A.R. and we mean that in the most positive way possible.

While the story prologue is cool, the Horde is where the fun’s at. High adrenaline shootouts take place one after another and in those short moments when you can catch some breath you’ll be probably thinking “I can’t wait to play the full version of this!” The only downside of Trepang2 are its visuals. There are okay but nowhere near AAA FPS games. On the other side, physics is great, lighting is realistic, and shooting is stellar. You can check the demo on Steam, it’s definitely worth your time.

NEXT POSTDestiny 2: Where to Find Xur (December 27-31) and What’s in His Inventory