Why is Split disabled from the competitive queue in Valorant? One of the OG Valorant maps is temporarily removed from the pool of maps in ranked due to a recently discovered glitch which can break the game and give a competitive advantage to players who are able to abuse the said glitch. Find out why is Split removed from Valorant Ranked play as we explain the exploit that caused the situation. 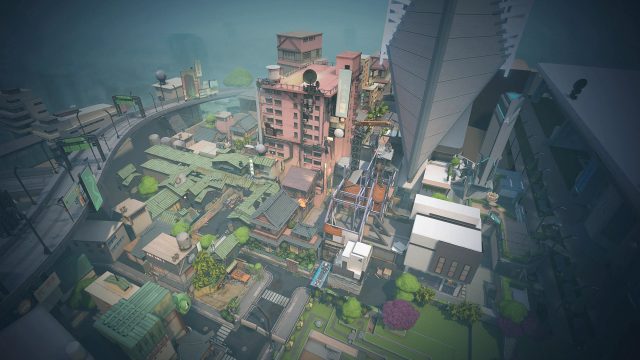 Earlier this week Valorant received the 4.11 update, which was focused primarily on fixing bugs and glitches. Unfortunately, the community has already discovered another huge bug. This one was so impactful that has promoted Riot Games to react quickly and disable the Split map from the competitive queue in Valorant. Riot Games didn’t officially specify the exact reason why is Split disabled. However, it’s almost certainly due to a recently discovered exploit with Jett and her Updraft ability.

Namely, players have discovered that Jett can use Updraft to double-jump on an elevated position in A Heaven on Split. Normally, this should not be a reachable spot. This allows players to gain an overview of the whole location, and potentially secure a few surprise kills as players would not normally check this position. It is also a good spot to hide when the round is lost. This is important as you will be able to survive and save your weapon for the next round. Reddit user u/amenbo shared a video of this exploit, and you can see it in action below:

When Will Split Return to Competitive Queue?

Riot Games announced the removal of the map on June 8th at around 7 PM ET. They didn’t provide any estimation on when will they bring the map back, but, stated we will hear from them “soon”. However, it is a relatively easy-to-fix situation. Thus, we expect the map to return by the end of this week, either on Thursday or Friday. We will update the article as we have more information.

Split is temporarily out of the Competitive queue while we work to fix a map exploit. You'll hear from us as soon as it returns.