Blizzard announced that the long-awaited remastered version of Warcraft III called Warcraft III: Reforged, is set for January 28, 2020 release. The game has been cooking for more than a year now, probably longer since the official announcement came at BlizzCon 2018. It is a complete graphical overhaul of the RTS classic and comes with the famous expansion, Frozen Throne, included in the package. The game was originally planned for late 2019 release but the team behind it needed a few extra months to polish the game, a thing we always support. Warcraft III: Reforged comes with lots of changes and updates to the original game and its expansion, so let’s talk about those a bit. 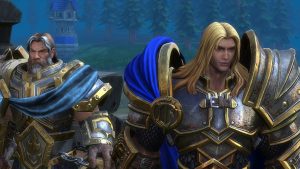 Warcraft III: Reforged – What has been updated?

The most noticeable change is the graphical overhaul that introduces HD textures, modern lighting, and much-improved models. According to Blizzard, every character, building, and environment has been recreated, not merely updated with fancy textures. The game certainly doesn’t look next-gen but it’s quite pretty and worthy of calling it a remaster. We really like the updated cutscenes that now feature close-ups of characters involved in them instead of those old-school character boxes. The game is also fully prepared for 4K resolution and smooth 60fps gameplay. Knowing Blizzard, getting it to run at 60fps in 4K will be a relatively easy task.

UI is also getting a complete overhaul and the game should come with map and mod editors allowing players to create new content as soon as the game releases. What’s great is that Blizzard promises that Reforged players will be able to play multiplayer against owners of the original version of the game, which is pretty cool. Another cool feature is the fact that all mods and maps made for the original Warcraft III will work in Reforged from the start, with zero issues. The main under-the-hood update is the reworked unit pathfinding, which should be more intuitive and, you know, smart. Finally, expect better matchmaking for multiplayer games. Warcraft III: Reforged can be pre-ordered from Blizzard for $29.99 or $39.99 (Spoils of War Edition). Spoils of War Edition comes with lots of bonus items.