Is Skull and Bones going to be on Steam? Ubisoft’s pirate MMO is finally here! Though, in a significantly changed form compared to its original conception. Nonetheless, the game does look promising, albeit, there are some worries. Still, fans of high seas, plunder, and rum can’t wait for this autumn when we are setting sails for buccaneering adventures! However, will we be able to play Skull and Bones on Valve’s PC storefront? Here’s everything we know about the Skull and Bones Steam release date. 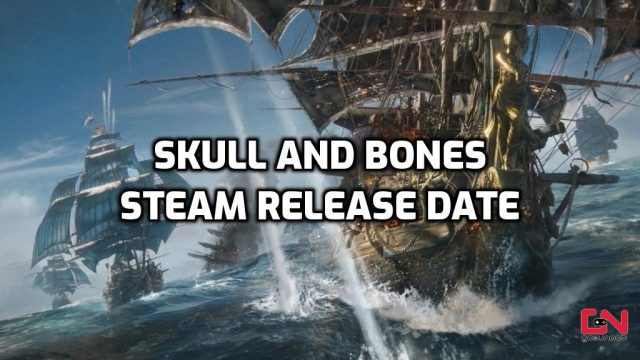 Is Skull and Bones going to be on Steam?

At the time of writing, Ubisoft doesn’t have any plans to release Skull and Bones on Steam. As you may know, Ubisoft and Valve (Steam’s developer) parted ways more than three and a half years ago. In early 2019, Ubisoft decided that they will no longer publish their games on Steam. Rather, over the last three years, PC versions of their games are only available via Ubisoft Connect and the Epic Games Store.

While the details of their partnership with Epic Games are not known publically, it’s likely that Epic Games has offered the French publisher favourable conditions. Valve takes a 30% cut from sales on Steam, while Epic only rakes in 12%. And that could be even lower if a publisher has a custom contract with Epic Games. However, this might change in future. We’ve seen that even the biggest AAA publishers, like EA and Activision, have eventually caved in and crawled back to Steam.

EA made a huge return to Steam three years ago (October 2019), and Activision has recently announced that the Call of Duty franchise is returning to Steam with Modern Warfare 2 this fall. Even Sony is publishing their once PlayStation-exclusive games to Steam. With that in mind, it’s not beyond the realm of possibility that Ubisoft will eventually come back to Steam. If their profits and sales are suffering from this decision, we will see Ubisoft games again on Steam soon enough. With that said, that’s all we currently know about the Skull and Bones Steam release date. If more info surfaces, we will make sure to update the article in a timely manner.

NEXT POSTIs Skull and Bones on PS4 & Xbox One?

In our Shiny Minccino Pokemon GO, Minccino Spotlight Hour guide, we are going to walk…

The much-anticipated Genshin Impact 3.1 update is almost here. As is usual with every update,…

Will Slime Rancher 2 be on the Switch? The sequel to the 2017 smash-hit has…

In our FIFA 23 Early Access Release Date, Time & How to Play Early guide,…