Will Skull and Bones be on PS4 and Xbox One? The development hell for Ubisoft’s pirate MMO Skull and Bones is finally over, and the game is set to be released this November. The opinions about the game are split, with many still not exactly sure what will the gameplay loop be like. However, there’s no denying that the game looks promising, and pirate aficionados from all around the world can’t wait to set sails for glory and riches! However, what about old-gen gamers? Will Skull and Bones release on PS4 and Xbox One? Here’s what we know. 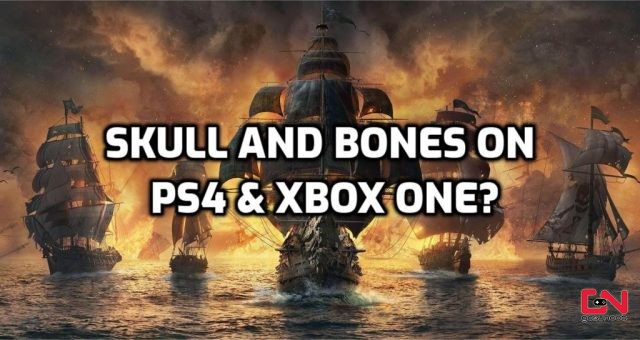 Is Skull and Bones going to be on Xbox One and PlayStation 4?

Will Skull and Bones be on PS4 and Xbox One?

We already have an answer, and, unfortunately, it’s probably not the one you hoped to see. No, Skull and Bones will not be released on PS4 and Xbox One. For the current and final version of the game, Ubisoft has no plans for an old-gen port. Skull and Bones will be a current-gen exclusive game, which means it launches on PC, Xbox Series X/S, and PlayStation 5.

That’s quite unfortunate considering that the game doesn’t look particularly demanding in terms of visuals. But, we understand that porting it to Xbox One and the PS4 would require significant downgrades and optimisation. It’s rather strange that Skull and Bones ended up being only on consoles released in November 2020. The game’s original development began in 2013 when the game was initially conceived as an expansion to Assassin’s Creed IV: Black Flag. That was a year when PS3 and Xbox 360 were still current-gen consoles.

However, the game saw several reboots and changes in direction throughout all these years. Thus, the current version is very far away from the game originally revealed during Ubisoft’s press conference at E3 2017. Unfortunately, having no old-gen version of the game also means you are stuck paying $70 on Xbox Series X/S and PS5. That said, that’s all you need to know about Skull and Bones PS4 and Xbox One versions.

PREVIOUS POSTWill Skull and Bones be on Steam?