World of Warcraft received its latest expansion, Battle for Azeroth, more than one a half year ago. The expansion brought plentiful gameplay changes as well as an increased level cap and new playable races. The upcoming update for World of Warcraft: Battle for Azeroth will introduce two new races to the game as well as one new raid. The update goes live on January 14 (North America) and January 15 (Europe). 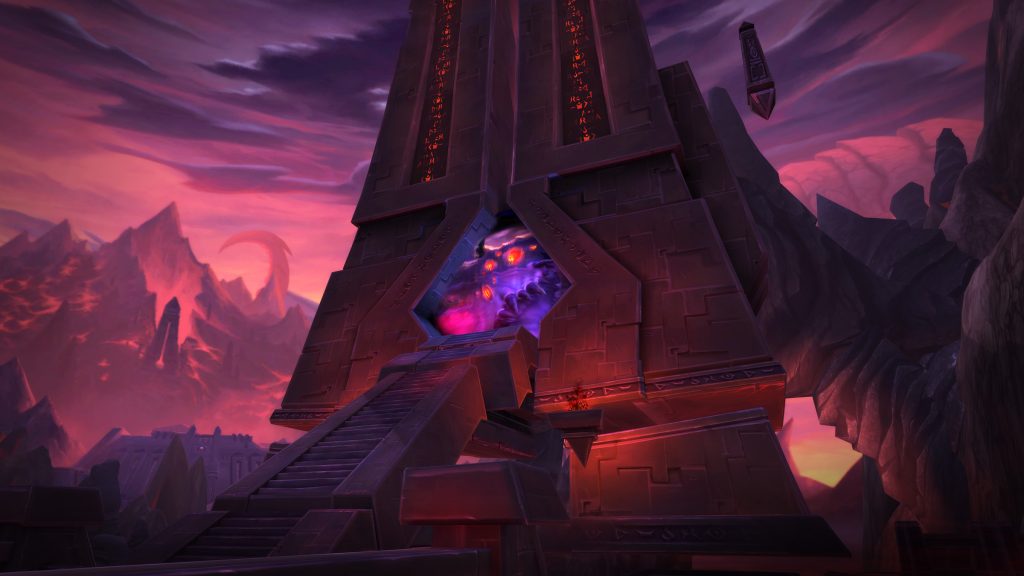 The raid is tied to the story, which sees the ancient god N’Zoth breaking out of his captivity. This follows the events from the Eternal Palace, continuing the story from the expansion. N’Zoth brought corruption across Azeroth, and players will be able to fight the corruption in Uldum and the Vale of Eternal Blossoms. These are locations of new Assaults. Finally, we have a new raid called Ny’alotha, the Waking City. This is a 12-player raid “set in the Void-shrouded heart of the ancient Black Empire.” Players will fight against mad heralds and all kinds of horrors with N’Zoth himself being the final boss.

Do note that the raid takes place a week later after the update lands. Normal and Heroic difficulties unlock on January 21. The Mythic difficulty gets unlocked on January 28 as well as the Raid Finder Wing 1 (Vision of Destiny). Battle for Azeroth Season 4 kicks off along with the update, bringing new PvP content as well as new Mythic Keystone dungeons.

The upcoming Battle for Azeroth update further expands Alliance and Horde with two new races. Vulpera look like humanoid foxes, are really cute, and are loyal to the Horde. Alliance, on the other hand, gets Mechagnomes. They are basically gnomes with all kinds of cybernetic augmentations. And to be honest, Vulpera look much better. Remember that you can’t just create a Vulpera or Mechagnome character. You’ll have to unlock them by completing various storylines and earning specific achievements.

PREVIOUS POSTStyx: Shards of Darkness is the Best Game of January Xbox Games with Gold Pack

NEXT POSTSilent Hill Gets Unveiled in P.T. in the Latest Modding Video