Platinum Games have announced that Nier: Automata, their action RPG coming in 2017, will have an official demo. It’s going to be called DEMO 120161128. It will be released for players in Japan, North America, and Europe. The demo release date is scheduled for December 22nd, so if you have the means to do so, definitely make sure you download it as soon as it becomes available. The game is the result of a collaboration between Square Enix and Platinum Games. 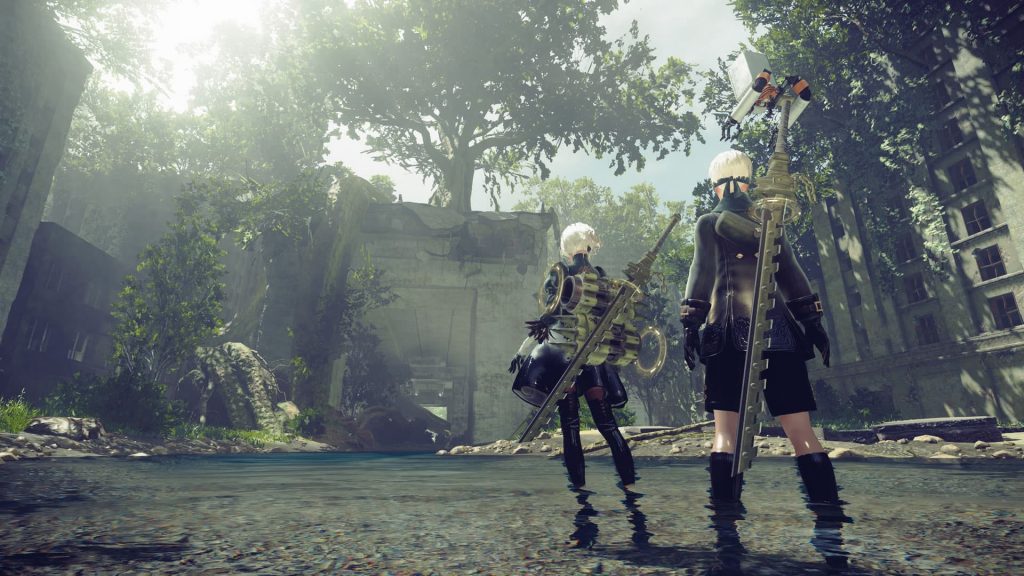 The main character, called 2B, has been ordered to destroy the enemy’s weapons stockpile. Her mission in this demo will be to travel to the ruins of the factory where the aliens produce their weapons. While she traverses the open world, 2B can also wield the Engine Blade, a weapon Noctis uses in Final Fantasy XV.

We are not sure if the Engine Blade will be available in the demo. We also have no idea how the plan to justify the crossover narratively, or whether they’ll even try. The developers didn’t specify how long the demo will be. What we do know it that there probably won’t be save data transfering from Demo 120161128 to the final release of Nier: Automata.

For those who are unfamiliar with the franchise, Nier Automata is set in the distant future. Players will take on the role of a female android as she tries to take the Earth back from the alien invaders.

Nier: Automata will have different release dates on PlayStation 4. In Japan, the PS4 version will be avaialble on Febraury 23rd. On the other hand, North Americans will have a chance to play Nier on March 7th, while in Europe and Australia, the game will be released on March 10th. The release date for the PC version is still unknown.