Upon completing the search for brother’s mother in Junk Heap region of Nier Replicant you’ll have to decide whether to tell the boys that she’s in heaven or tell them you couldn’t find her. This is a rather emotional decision. You might think it has some game altering consequences. We decided to play the game both ways to see what consequences either of these choices have. Since this is a part of the main quest, I’m thinking a lot of you will wonder if you made a mistake by choosing one over the other. In this Nier Replicant guide to she’s in heaven or I couldn’t find her choice guide we’ll explore what we found out. 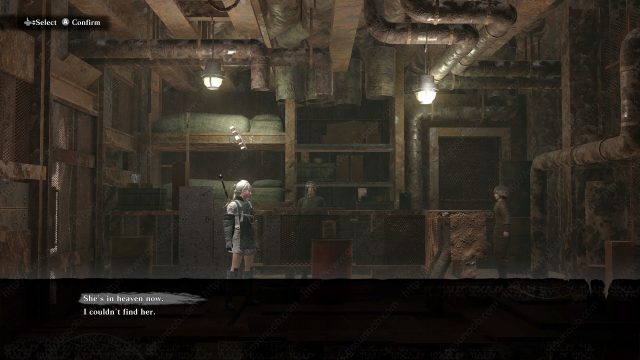 Brothers Jakob and Gideon employ you to find their missing mother in the abandoned factory. The main quest sends you here to unlock weapon upgrading service the brothers provide. Once you complete the initial Junk Heap quest you find out about their mother missing for 7 days. Main quest turns into finding their mother in the depths of Junk Heap. You ride some mine carts and fight a giant machine. In the end you find two corpses. One is a female carrying a rose perfume bottle.

At that point Grimoire Weiss asks you what will you tell the children. Even the omnipotent Grimoire dreads the upcoming choice. After this conversation you are immediately transported in front of the boys. You will get the prompt asking whether to say she’s in heaven or lie and tell them I couldn’t find her. Without spoilers, I’ll tell you that saying the truth will not break your relationship with the boys. You can feel free to break the news to them whichever way feels the best to you. Harsh truth or lie that can spare them of even bigger grief is the choice you can make based on your own moral compass. If you want to know exactly what happens if you tell them she’s in heaven and want to spoil bits of story then read the next paragraph. 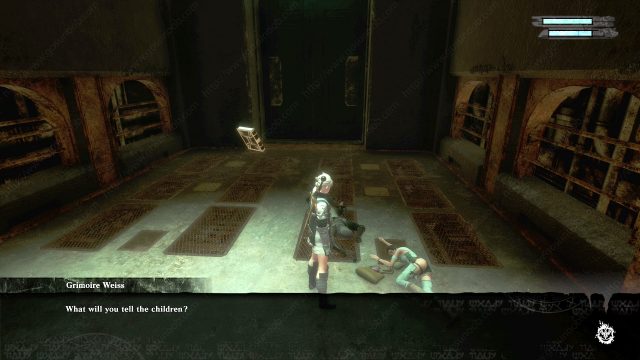 If you choose to tell the truth, Gideon breaks down in grief, but Jakob understands. He says that he knew their mom was seeing someone. She was constantly torn between taking care of them and being in love with a new man and wanting to live with him. In the end, he takes the news as well as you can imagine and pledges to help you all he can.

To cut the story short, choosing to lie to the brothers will not affect the game story progression in any way. Dialogue with the boys is slightly different, but the outcome is the same. They may still have some hope she is somewhere alive and happy, but they stay alone and tending to themselves. Later in the game you’ll meet Gideon and Jakub and have deeper understanding of their stories. There are several references to who their real father is, why their mother ran away and the despicable man she ran away with.

Interesting thing about the whole Junk Heap storyline is that it is full of references to Pinocchio. Name of the machine boss is Geppetto. Boys’ mother name is Blue, as in Blue Fairy. Jakob is named after the cricket form Pinocchio in the Japanese version of the game.

I hope this put your mind to ease when it comes to choosing She’s in Heaven or I Couldn’t Find Her dialogue options. Choose based on what you, yourself, would tell people in such circumstances, and don’t worry on non-existing consequence in the game’s story and progression.

PREVIOUS POSTTalk to Popola or Check on Yonah in Nier Replicant