Nioh is the upcoming third-person action-adventure RPG by Team Ninja. The game draws inspiration from Dark Souls and Ninja Gaiden, making for a frightening world crawling with monsters from Japanese mythology.
▼Article Continues Below▼
Like in Dark Souls, every enemy is a unique obstacle, and the game is unforgiving. Needless to say, many players are very excited about this game. To keep the hype train a-going, there’s a new video showing off Nioh PlayStation 4 Pro Gameplay – Ogress Boss Battle. 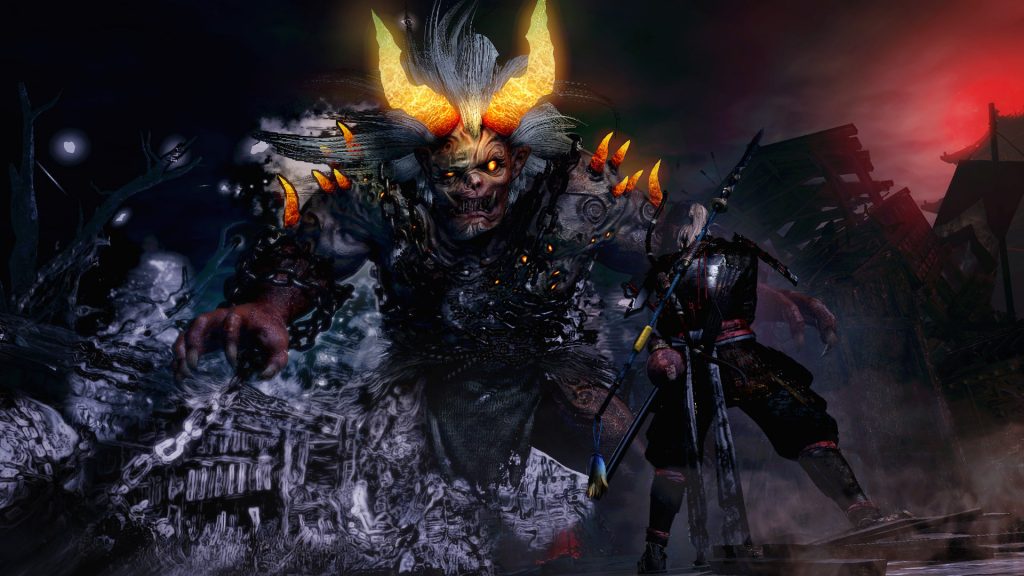 The new video on the PlayStation Access YouTube Channel showcases some really awesome gameplay footage from Nioh. Developed by Team Ninja, the people behind Ninja Gaiden, Nioh is an action RPG very much in the vein of Dark Souls. The game is brutally difficult, as one would expect. The world of the game has various demons from Japanese mythology waiting to jump you from behind every corner. You can check out the full video below.

The first thing you can notice is that, even though the game is dark and dreary, it still features a wide color palette. The game looks gorgeous, honestly. Speaking of the visual aspect, the game follows the Dark Souls method of storytelling. What I mean by that is that it’s largely visual. Every detail seems to be very intentionally there. For example, the Ogress cries blood, and every drop that hits the ground turns into a red flower. There are red flowers strewn around the level. If you notice this, you’ll learn so much about the boss.

Secondly, there’s a wide variety of weapons. You have ranged weapons, namely a bow and arrow and a musket. As far as melee weapons go, we get to see a sword and kusigarama (A Japanese weapon that is a combo of a flail and a sickle). You can, apparently, also chuck bombs at enemies. Your character looks like a ninja or a samurai, and it’s badass. You’ll need to learn which weapons in your arsenal are effective against which enemy. Adding more to the complexity of the combat, there’s also stances. They can be either offensive or defensive, but the video doesn’t show us exactly how they work.

Furthering the similarities with Dark Souls, items appear as little glowing objects on the screen, and there are tiny temples at which you can prey. They work the same as bonfires.

Nioh will hit the shelves on February 9, 2017. The game will be available only for the PlayStation.

NEXT POSTPokemon GO Generation 2 – Candy You Should Stock Up On