Hyperdrive is one of the upgrades for your ship in No Man’s Sky. It is used to travel at warp speed, and you’ll need it to travel between star systems. It runs on warp cells, which are made from antimatter. If you’ve started playing with the preorder ship, you might run into some trouble here. This guide will show you how to get hyperdrive in No Man’s Sky, what to do if you’re playing with the preorder ship. 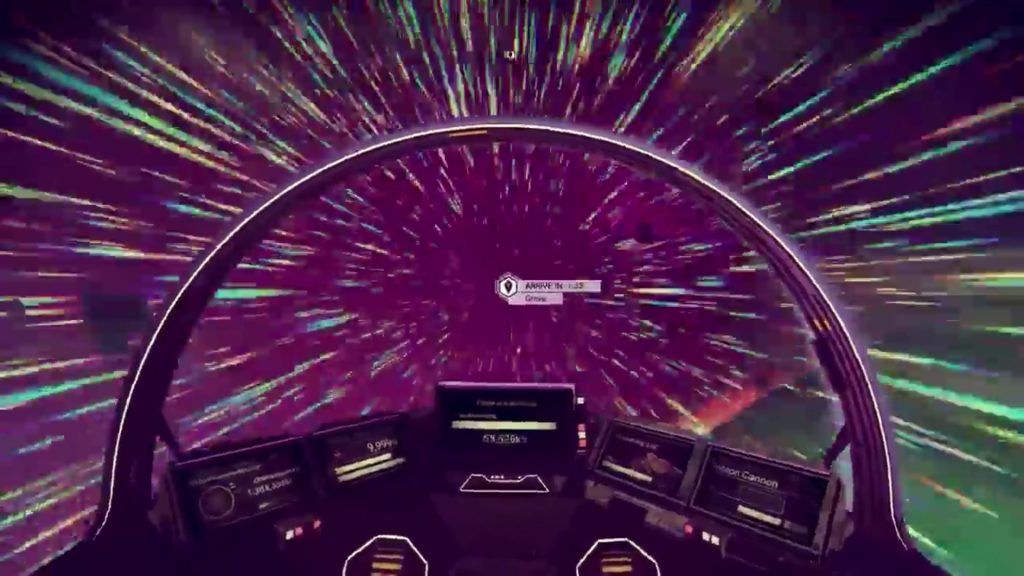 As soon as you’ve left your starting planet, a couple of waypoints will appear. One of them will lead you to another planet in the system. You’ll find an alien vendor there, who will give you the hyperdrive blueprint.

The quest will then lead you towards getting the components and crafting the hyperdrive. Once that is complete, another NPC will give you a warp cell. This will allow you to travel between star systems and make your first leap into outer space. Antimatter is quite pricey, so it’s best to fully explore a system before leaving it.

Players who have preordered the game received a gift ship. If you start flying it right off the bat, you’re going to run into some trouble. The ship comes with a hyperdrive preinstalled, and a bug is causing it to mess with the tutorial. This means you’ll start off better equipped, but with less knowledge about how things work.

When you make your first hyperspace jump, you’ll get the hyperdrive bluepring quest in the next system. It plays out the same way like if you started with the default ship, but it only becomes available in the second system.

When you decide to switch ships, you can transfer the hyperdrive to the new one. If you can’t use the option to transfer all upgrades to the new ship, you can put it in your exosuit inventory manually, then install it elsewhere.

PREVIOUS POSTHow To Name Planets in No Man’s Sky

NEXT POSTHeridium – How to find it in No Man’s Sky