Heridium is one of the Silicate resources you will need to find very early on in No Man’s Sky. It is needed to repair your ship at the beginning and build your first hyperdrive. I spent quite some time at first trying to locate it when I first started playing No Man’s Sky so I thought I write a short guide helping you guys find it, if you got stumped by its location like I was. You’ll also have a problem finding Rare Element Calium, so check out our guide where to find CALIUM. 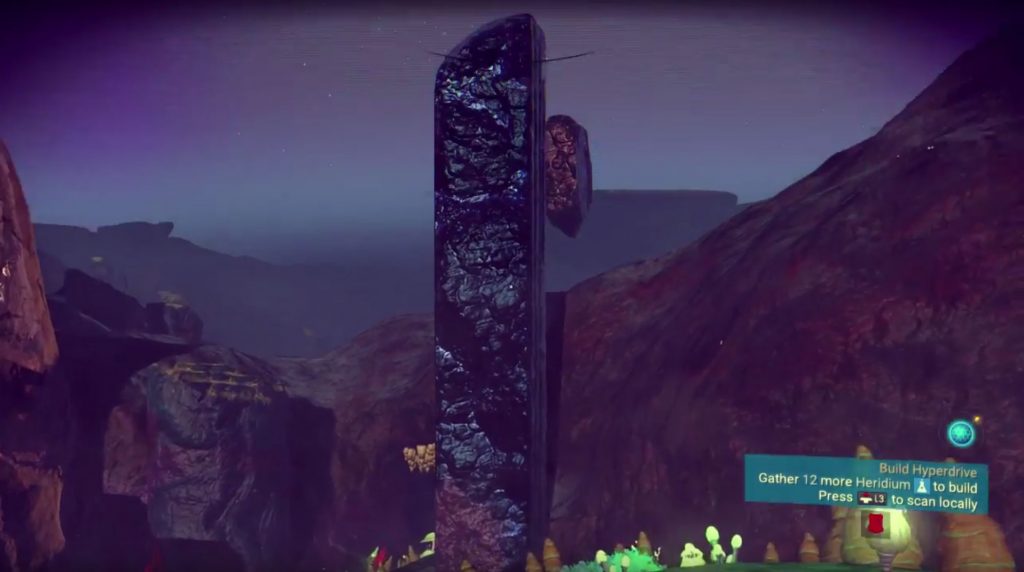 At the beginning of the game you will be tasked with repairing your damaged ship. Starship Pulse engine is one of the damaged components and you will need to get 2 Carite Sheets (constructed by using 50 Iron – easy to find by mining regular rocks on planets), 20x Zinc and 200x Heridium . I suggest you first fix your Scanner to be able to scan locally for materials. Your Scanner is in your Multi-Tool Inventory and you need 25 carbon to repair it (Carbon is easily harvested by mining plant life). Pressin R3, after you repair the scanner, should reveal all nearby resources, including Heridium .

On the planet I first spawned Heridium seemed to be deep underground so I had no chance of finding it in a vast network of caves and it only showed me one spot where it may be located. As I continued exploring the planet’s surface I came across a Heridium deposit by chance. It turns out that these are tall purple-ish/blue-ish rocks and can be found on the surface if you just look hard enough. The scanner will not tag them for some reason (might be just my game) but this is what they look like: 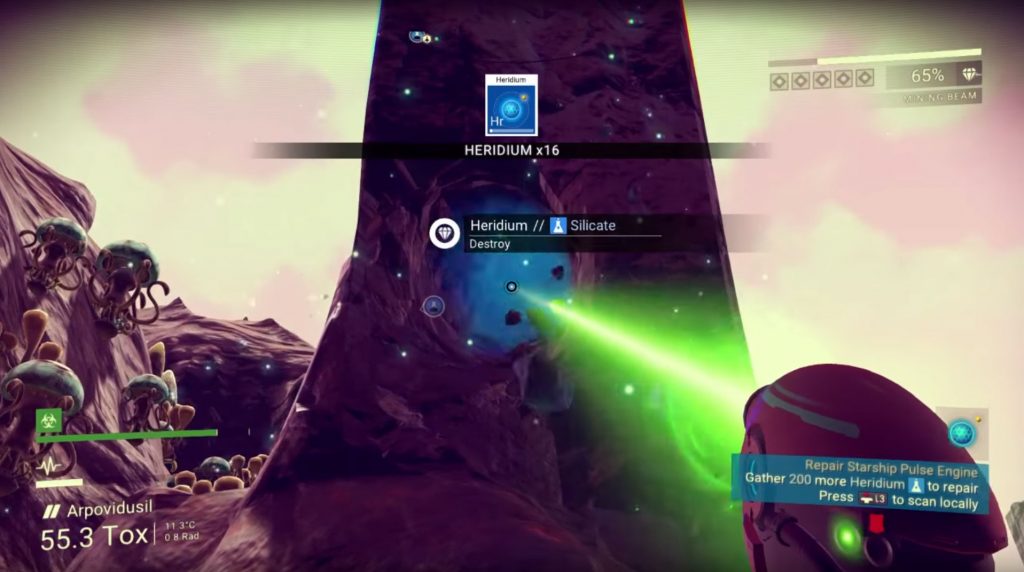 In case your scanner doesn’t reveal a Heridium resource close by don’t despair. Try looking for tall, rectangular rock formation and this should be your ticket to gathering enough Heridium even for you hyperdrive (you will need 200 of these for the drive later on in the main quest).

If you manage to get enough Heridium at the beginning and lack some later on don’t forget that you can also purchase sum on the Galactic Market at various vendors.

PREVIOUS POSTHyperdrive – How to Get It in No Man’s Sky