With The Order: 1886, right around the corner, we’ve decided to write down some basic tips for playing the game more efficiently. Some of these come from our powers of super-human perception and deduction, while others are words of wisdom straight from Dana Jan, the game’s director. 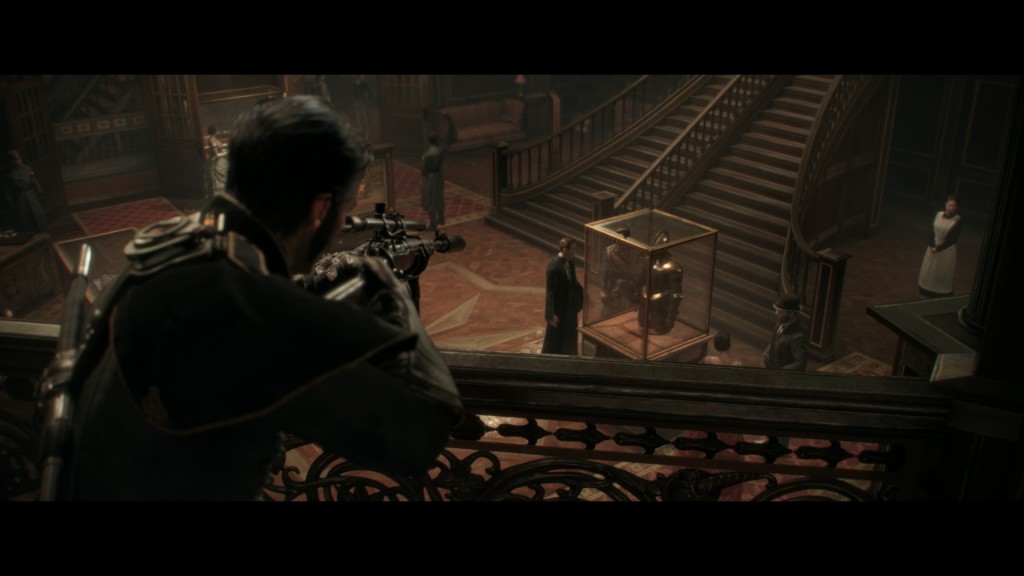 Arc Induction Lance – It’s a mid to long range weapon that uses arcs of electricity as ammo. It always jumps to the enemy closest to where you were pointing, so you only need to aim in their general direction.

Triple Barrel Shotgun – Like a standard double-barrel, with an extra barrel. 30% more destructive power. Anyone wielding it is a close-quarter king. No aiming necessary whatsoever – just run up to your adversary and squeeze.

M2 Falchion Auto-Rifle – Lycans are vulnerable to its concussion blast.

Thermite Rifle – It shoots out a cloud of thermite dust, which can be ignited by the flare (which is the alternate fire for this rifle). It basically works like a delayed-action flamethrower, and is great for cover-protected enemies.

Smoke Grenades – Great way to confuse your enemies. The only thing that can be seen through the thick smoke are muzzle flashes, which will allow you to determine your enemies’ approximate locations and shoot/punch them before they come to their senses.

Grenades – All grenades in the game explode four seconds after pulling the pin. Keep this in mind while trying to cook them, so they don’t blow up in your hand.

Melee Takedowns – Approach your enemy stealthily and press Triangle. Quite useful in one-on-one situations, especially if you’re looking to dispatch someone quietly. All the deadliness with none of the noise.

Stick To Cover – You are not a bullet sponge. Every hit you take is a major setback. Putting solid objects between you and your enemy is a good thing. The game even allows you to take potshots from behind cover, though these rarely work out. Press L2 to peek out and aim. Press it again to dive back in. Tilting the left stick and pressing Circle will allow you to jump from one cover to another.

Bide Your Time – When fighting shotgun-wielding opponents, wait for them to fire, then use the downtime between shots to spring from cover and have your revenge. Slow and steady wins the race.

Take A Deep Breath – When you’re being fired at, the depth of field changes in order to make aiming harder. Your first instinct will be to fight your way out of a bad situation, but don’t. Take cover, wait for your vitals to get back to normal and your aim to steady. Then shoot.

Blacksight – It allows you to slow down time and execute your shots with added precision. On the flipside, you can’t use it all the time. Save it for when you really need it.

Diversify – Don’t rely on one weapon only. Combine your guns, grenades and melee attacks for the best fighting strategy.

NEXT POSTDestiny Xur Agent of the Nine location February 20th