Not sure how to fix the Unexpected Server Error in Overwatch 2? The long-awaited sequel to Blizzard’s 2016 hero shooter has finally arrived! Alas, at launch hundreds of thousands of players are rushing to try the game, now when it is a free-to-play title. This has resulted in long queue times and a host of connection issues. In this guide, we explain the “Unexpected Server Error” issue in OW2 and how can it be fixed. 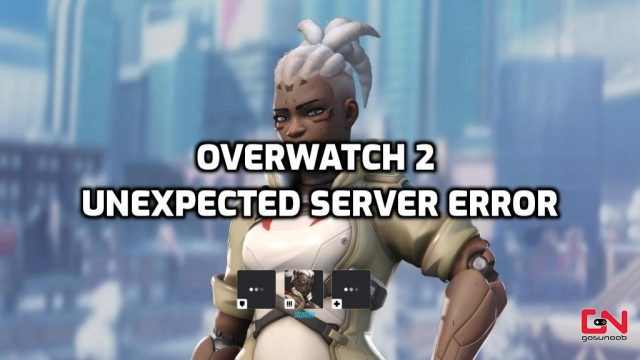 How to Fix Unexpected Server Error in Overwatch 2

The day has finally come, Overwatch 2 is here! Unfortunately, if you have hoped to jump right into the game and play it the moment it releases, you are right now probably quite disappointed. There are endless queue times and several tens of thousands of players in queues. Aside from that, players are also reporting a variety of OW2 server and connection issues. One such issue is the Unexpected Server Error message when players try to log into the game. The good news is that Blizzard is well aware of the problem. However, the bad news is that there’s not much you can do at the moment.

[#OW2] We're aware that some players are encountering an Unexpected Server Error message when attempting to sign in. This is actively being worked on. Thank you for your patience!

The game has just launched and Overwatch 2 servers are right now simply overloaded with a vast ocean of players trying to enter the game. This has naturally fried the servers which are unable to withstand the infinite flurry of new players. Thus, the only solution we can give you right now is to simply wait until the pressure on the servers weakens and they come back to normal. These kinds of problems at launch are unfortunate but expected. We will make sure to update the article immediately once we have more information in regard to the error. With that said, that’s currently all we know about the Overwatch 2 Unexpected Server Error.

PREVIOUS POSTOverwatch 2 Twitch Drops, How to Get Sukajan Kiriko Skin

World of Warcraft: Dragonflight is the latest expansion to the hit MMORPG. Like previous expansion…

The Season 6 battle pass Week 2 quests for Brawlhalla have been released, and one…