Is Overwatch 2 Watchpoint Pack not showing in your inventory? After three years of waiting, Overwatch 2 has finally been released! Unfortunately, but also somewhat expected, the launch is currently plagued by severe OW2 server and connection issues. This is due to an ocean of players currently trying to jump onto servers and play OW2. However, even those who managed to log in are welcomed with quite a few issues. Namely, many things they own are missing, including the Watchpoint Pack content. In this guide, we explain why is your content missing and how to find it. 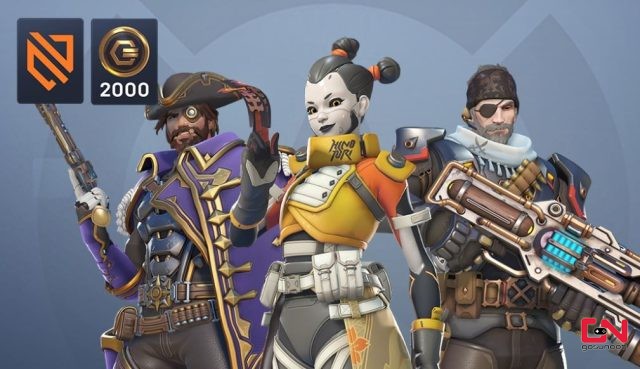 Starting with the launch of Overwatch 2 multiplayer on October 4th, Blizzard’s popular first-person hero shooter is switching from a premium to a free-to-play monetisation model. This means that the game is free for everyone, financially supported with microtransactions such as cosmetic items in the in-game shop and the battle pass system. Another way to support the game is via the Watchpoint Pack. This bundle is a kind of starter pack, with a host of items and other goodies. Here’s what it includes:

This content should be available immediately with the launch in Season 1. However, currently, many players report that their Watchpoint Pack content is not showing in Overwatch 2. Why is that? To put it simply, this is a bug, and the developers are well aware of it.

This is a known issue, Stephen. Thanks for the report. ^JH

As you can see, the official Blizzard support Twitter account confirmed that this is “a known issue”. Thus, don’t worry, it’s not something which you did wrong. We are sure that it is just a server issue due to all the chaos at launch. Hopefully, it will be fixed soon and you’ll get to enjoy your Watchpoint Pack content in no time. We will follow the situation closely and make sure to update the article as soon as there are more details and official statements.