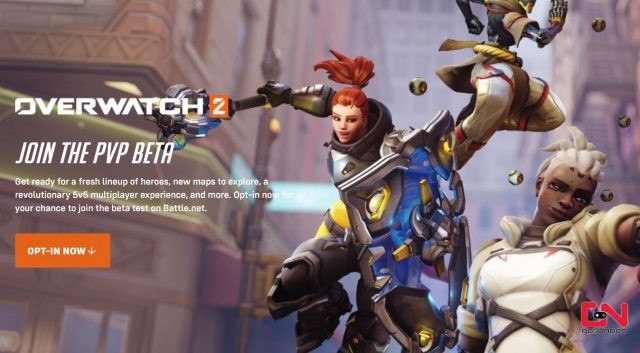 How To Join Overwatch 2 PvP Beta

To register for the Overwatch 2 beta is a rather easy process. All you need is to have a valid Battle.net account. If you don’t have one, head to Battle.net and create one. But given that you are interested in OW2 beta, you probably already have one. In that case, just follow these steps:

Keep in mind that this is closed beta testing, which means that by signing up you are not guaranteed to participate. Rather, signing up only gives you a chance to be selected for the OW2 PvP Beta. If you are a veteran Overwatch player, and you have a lot of played OW hours on the account with which you have signed up for the Overwatch 2 PvP Beta, then you have higher chances to be selected for the OW2 closed beta.

Blizzard hasn’t yet specified the exact dates for the OW2 beta. Nonetheless, the publisher has revealed approximate dates when can we expect the beta to occur. According to the announcement, the beta is set to kick off in late April 2022. Our assumption is that the beta will start somewhere in the last week of April, between April 25th and 29th.

As the title suggests, this closed beta will be fully focused on the PvP aspect of the game. Blizzard hasn’t yet revealed all the details, but we do have some information on what will come with the closed beta. Players will have an opportunity to test the new 5v5 PvP format, which will become a new standard in Overwatch, replacing the old 6v6 mode. We will have an opportunity to test five reworked heroes – Orisa, Doomfist, Bastion, and Sombra. In addition, the first-ever new OW2 hero, Sojourn, will be available for testing. Finally, the closed Overwatch 2 PvP Beta will give players a chance to play on four new maps:

NEXT POSTHow to Dive in MLB The Show 22