Can you catch a shiny Xurkitree in Pokemon GO during the Pokémon GO Fest 2022 Finale event five-star raid? This summer Pokemon GO is introducing a new type of Pokemon in the AR game – Ultra Beasts. Ultra Beasts are unique and weird Pokemon from the Ultra Space, a separate dimension within the Pokemon universe. First introduced in Generation VII as a part of Pokémon Sun and Moon (2016), they have now arrived in Pokemon GO. However, players want to know if Xurkitree can be shiny in Pokemon GO. Here’s what we know about catching a shiny version of this Ultra Beast. 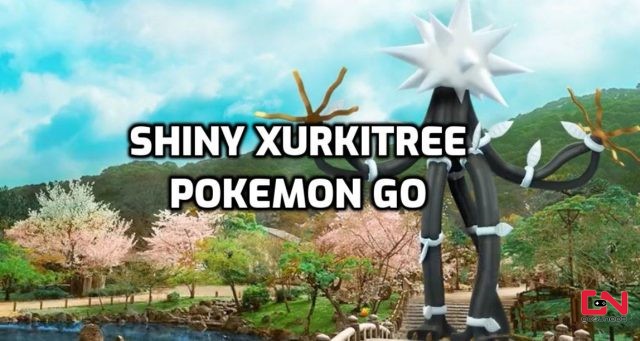 Does Xurkitree have a shiny variant in Pokemon GO in 2022?

Can Xurkitree be Shiny in Pokemon GO

If you are wondering “can you catch a shiny Xurkitree in Pokémon Go?”, we have an answer for you. And you are not going to like it. No, unfortunately, you will not be able to encounter a shiny version of this Ultra Beast during the Pokémon GO Fest 2022 Finale event five-star raid. Ultra Beast pokemon are a new breed of monsters in Pokemon GO, introduced this summer. As such, they are not yet eligible for a shiny version, as that’s not how Niantic operates. The same goes for Buzzwole and Pheromosa, two other Ultra Beasts first featured in raids during the Pokémon GO Fest 2022 Finale event.

Simply put, the Pokemon GO developers will almost never add a shiny variation of a Pokemon when that Pokemon has its debut in the game. Their usual cadence in that regard is to introduce a shiny version of a Pokemon in an event following the event where they were first introduced. However, this is not necessarily always the case. For some pokemon, fans had been waiting for months or even years before they got to have their shiny version. So then, when will Xurkitree get a shiny version in Pokemon GO? We don’t know at this point, but we will make sure to update the article with the latest details as soon as there is official information about it.

NEXT POSTShiny Pheromosa in Pokemon GO 2022