If the title alone wasn’t enough of a clue, it’s safe to say that Arceus is going to be a very important part of the Pokemon Legends: Arceus game. After all, the game basically begins with some mysterious exposition from this God-like entity. This Mythical Pokemon is no doubt at the center of the events surrounding the game’s story. But, being so powerful, players are naturally wondering if it is even possible to catch Arceus and use it in battle. Well, in this How to Catch Arceus in Pokemon Legends guide, we are going to answer that very question. 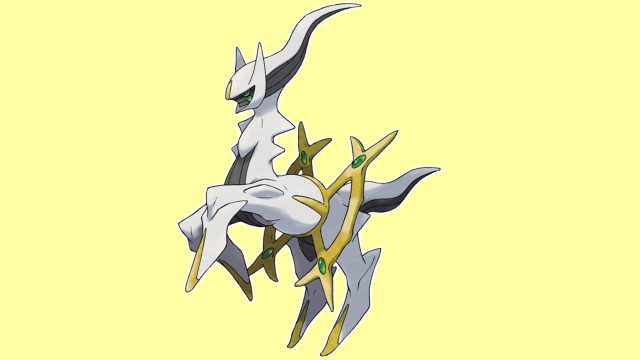 Can You Catch Arceus in Pokemon Legends: Arceus?

To answer this question, we must first analyze all the clues that Arceus has left us. As mentioned, the game opens up with Arceus talking directly to the player (aka – us). Arceus begins by welcoming you to its realm, which is “located beyond both time and space.” After that, you get to choose the basic appearance and name of your character. And once that is done, Arceus will explain that you are headed to a world that is filled with wonderful creatures that humans have named Pokemon. Finally, it will tell you to seek out all of these Pokemon, so that you can find Arceus once more.

This is followed by a short cinematic in which you will see a golden outline of Arceus. After that, the game begins for real, and you will be introduced to your starter Pokemon, the first choice that you will need to make. So, what does this mean? Well, it’s obvious that you will need to find all the Pokemon in Legends: Arceus, before the titular Mythical Pokemon will reveal itself to you again. The complete Arceus’ National Pokédex has 493 Pokemon in it, so this will be quite a feat, and it will take you a long time of playing the game until you have found them all. Some of these Pokemon, such as Dialga and Palkia, are only available after you have completed the main story. And be prepared for quite a battle, since Arceus is more akin to a Noble fight than to a scrap with a regular Pokemon.