Dialga and Palkia are two Legendary Pokemon from (what will become) the Sinnoh region. Being very powerful, they are also very well known and prized by Pokemon Trainers looking to get their hands on them. Pokemon Legends: Arceus features both of these heavily, as part of the main storyline. Even better, they also come with new and unique Hisui region Origin forms. However, there are several things that you will need to be aware of when it comes to these forms and how to change back and forth, as our Get Dialga and Palkia Origin Form Pokemon Legends Arceus guide will explain. 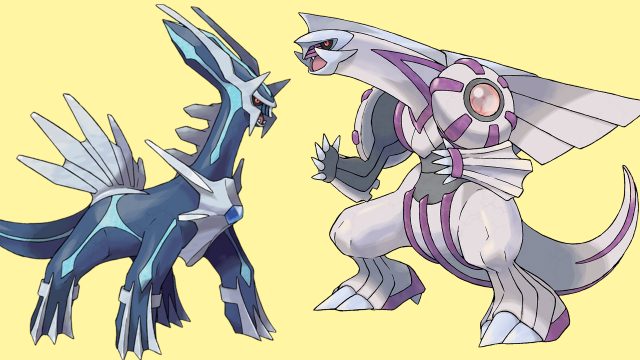 You will encounter both of these Pokemon during the main story, though you won’t be able to get their Origin forms until you’ve beaten the Main Story. So, wait until the credits roll. After that, you will get two new Requests. These are “The Diamond Clan’s Treasure” and “The Pearl Clan’s Treasure“. Unsurprisingly, both of these deal with the aforementioned clans and their leaders. Regardless of which Request you choose to do, you will battle both of these Pokemon. The only difference is that one Pokemon will be in its regular form, while the other will be in its Origin form.

For the “The Pearl Clan’s Treasure”, you will fight Palkia, and then Origin Dialga. And in “The Diamond Clan’s Treasure”, you’ll battle Dialga, followed by Origin Palkia. In either case, after doing these Requests, you will get two new items. These are the Adamant Crystal and the Lustrous Globe. You can use these items to change Dialga and Palkia between their regular and Origin forms. The Lustrous Globe is used on Palkia, and the Adamant Crystal is used on Dialga to swap between their forms.