Diablo Immortal is the game people love to hate. The sweet irony is that a solid majority of those haters will end up playing it. Compulsively. They will do it in the company of fellow haters, as the game is practically an MMORPG with a clever balance between solo and group content. The primal magic of smashing skulls, chasing loot, and incremental upgrades is well preserved, although the core systems are “augmented” with overwhelming freemium options. Everything you can think off is for sale here. But that economic onslaught is entirely optional, at least until the competitive endgame. 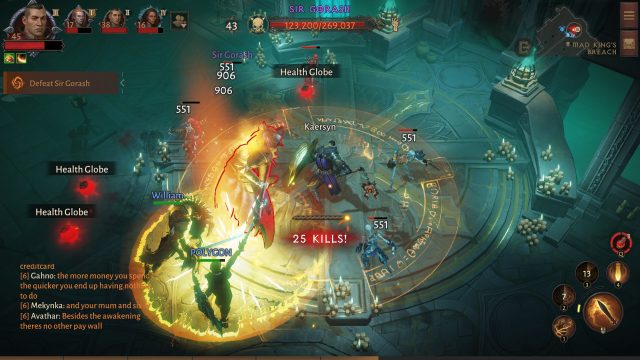 Initially conceived as a fre2play mobile game, Diablo Immortal spawned on the PC on day one. The reasoning is sound – many PC players would use BlueStacks or other means to play it on the computer anyway. So, in order to prevent emulation, hacking, bad blood, and bans, Blizzard decided to honor its core audience. Smart move. During my twenty-ish hours of initial testing, I played it on both PC and Android phone. I can honestly say that Blizz did a solid job in the purely technical sense. The progress seamlessly syncs between platforms, and even if the PC version is still in Beta for some reason, it worked flawlessly.

The important thing to remember is that we are dealing with a FREE mobile game that also exists on PC. It would be inappropriate to judge it as “full-fledged “anything, really. This is not Diablo IV; it’s not even a warmup teaser for The Big One. It’s a separate entity produced by an inert, once-great company that was a decade late for the mobile boom. This game doesn’t represent Blizzard Entertainment’s great redemption, so any “strong “feelings towards it are redundant. 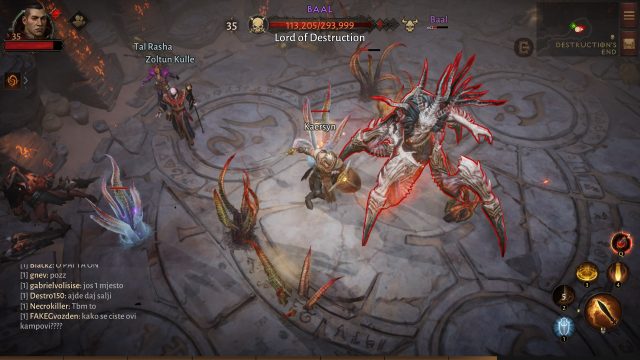 Set between Diablo II and III, Diablo Immortal deals with the Worldstone shards in the hands of demonic troublemakers. You are tasked with liberating those and helping Deckard Cain divulge a method of their destruction. The story is a derivative mix of several big Diablo games, but it nevertheless has a few great moments. The flashback battle between Tal Rasha and Baal, that you can participate in and help contain the demon inside soulstone, was my highlight. I wanted to know more about that great, selfless Horadric mage ever since that powerful cinematics from Diablo II and Immortal delivered!

After you pick the server, select the class (Barbarian, Wizard, Monk, Necromancer, Demon Hunter, or Crusader) and play a short, contained intro, the game proper begins. You are immediately tossed into the world shared with other players in a system similar to many classic MMORPGs. The main storyline is straightforward, consisting of a series of quests that advance it in a linear fashion. You can team up with others or go solo – the spawns are super fast, so there’s absolutely no waiting for fresh mobs. Every once in a while, the game will recommend grouping with others, especially in section-ending, story dungeons. But, every bit of story content can be completed solo, so you won’t be compelled to group up if you don’t want to. 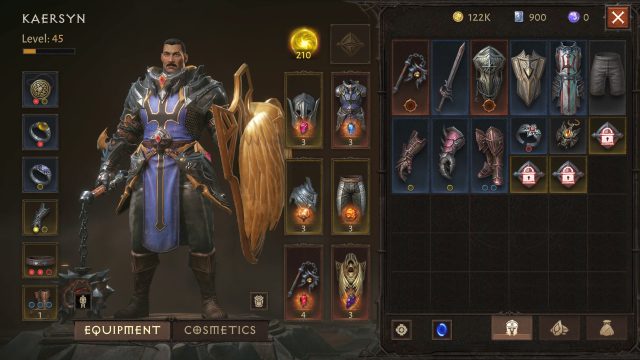 The progress in the main quest is gated and dependent on reaching level milestones. Since the story objectives alone don’t provide enough XP for leveling up, you’ll need to resort to optional activities to bridge the gap. There are plenty of those. Bounties, for example, are classic grindy daily quests you might have played in World of Warcraft. Elder and challenge rifts are equally grindy activities you know from Diablo III. You’ll do those in groups of four people – randoms are perfectly fine for elder rifts, but higher tiers of challenge rifts require people who know what they are doing.

The same goes for PVP battlegrounds or eight-people raids. The remedy for the pickup group headache is clans and warbands. You know what clans are, but the warbands are less formal associations of players fond of playing together. Most group content is optimized for quick completion. Rifts, for example, rarely last more than four to six minutes.

The big difference between traditional Diablo games and this one is the cooldown-based combat system that replaced mana. This greatly simplifies everything, especially the balance in PVP battlegrounds. The potential for min/maxing and fine-tuning is still there, but you won’t be bothering with that until the endgame. The post-story content is a wholly different beast, which we will tackle after we pour several weeks into it.

Should I Stay or Should I Go?

The primary point of friction for people trying to stay in the game after completing the story will be the practical necessity of spending real money. The amount of microtransactions in this game is probably enough to establish some kind of an industry world record. The stuff you can purchase is too numerous to mention. Remarkable highlight is that the premium season pass is not account-universal but character-specific. This is military-level greed, to be honest. I realize there’s no point in complaining about that in the free2play title, but Blizzard really went over the top in some areas. Some crafty internet people calculated that you could potentially spend ~100.000 USD to max out a single character! You can google it and challenge their maths, but even a fraction of that sum is mind-boggling.

So, Diablo Immortal… This free2play crossbreed between classic MMO and action RPG will not help restore Blizzard’s reputation. It will generate buzz with the militant masses, practically polarizing the fan base. But once again, it is worth mentioning that the game is entirely free and should be treated as such – we will not treat optional temptations as a detrimental necessity. We’ll come back with a detailed endgame (p)review update and a final score soon.