I really don’t want another Anthem. You and your friends don’t want another Anthem. Even Bioware and EA would like to forget about Anthem, cut their losses, and move on. But Square Enix, like so many times in the past, thinks that punching against the zeitgeist is a good idea. They pitch another live service game, only months after a failed attempt with Marvel’s Avengers, hoping that it will be different this time.

UPDATED (5.March 2021): Some readers didn’t agree with us labeling the game as a Live Service title, pointing that developers themselves stated that it is content complete at launch and won’t feature any microtransactions. That’s one point of view. We played the demo on PC, and we were required to make a Square Enix account and log in before playing; the game required permanent internet connectivity for storing the data in the cloud, delivering micro-updates, and co-op matchmaking, among other things. I’d dare say that Square Enix servers performed a live service for us, don’t you think? Our opinion about the promise of complete content at launch is that developer (and, by extension, the publisher) is cautiously pessimistic about the commercial prospect of the game. It was obviously designed along the lines of the broad definition of the live service concept (DLC, free updates, etc.), only for all that to be removed at some late stage of the design process. But make no mistake, if the game “clicks” with the audience, all of that will be incorporated in no time at all.

Outriders is Anthem without fancy flying suits, also inspired in part by Mass Effect: Andromeda and Destiny. This Sci-fi live looter-shooter tried very hard to introduce some personality into the mix, but after the taste we sampled in the free public demo, we can confidently say that it failed. On paper, it does everything by the book, but that precisely is the problem as the game feels generic and, gameplay-wise, outdated. Like it was designed in 2008. by the team led by an accountant enthusiastic about the internet connectivity requirement, forgotten for more than a decade, and finally ported into the modern 3D engine when someone in the company stumbled upon the source code by accident. Outriders looks cool but plays like a tired old mutant clone of several different games. 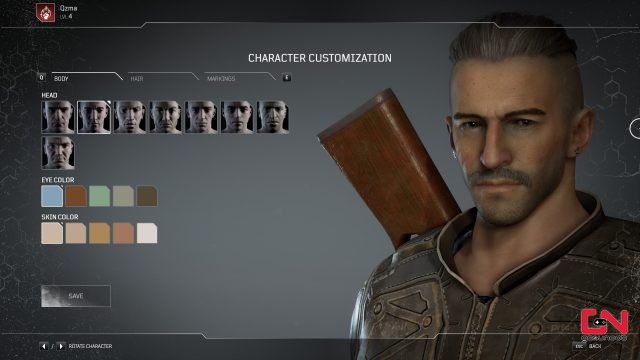 The plot takes us into the orbit of Enoch, the last stop for the single colony ship that escaped doomed Earth. You play the role of Outrider, an elite soldier tasked with probing the new, unexplored home for Humanity. After the initial touchdown into the pleasant, picturesque valley, your scouting team gets wiped out by a sudden, unexplained energy anomaly. You were wounded but managed to survive after being placed into the cryosleep.

After three decades, they stumbled upon you like the source code they forgot about, even if you slept inside the big landing pod in the middle of the relatively small valley. You had awoken in the nasty dystopia brimming with factional warfare and violence, and before you could mumble “war, war never changes…”, your new “friends” decided to have a little fun, leaving you to die in another anomaly fast approaching over the horizon. You survived that one, too, finding out that you now possess some pretty fancy combat powers. You (almost) died, they rezzed you, now you can shoot flaming bolts… It feels like you have, gasp, Destiny to fulfill. 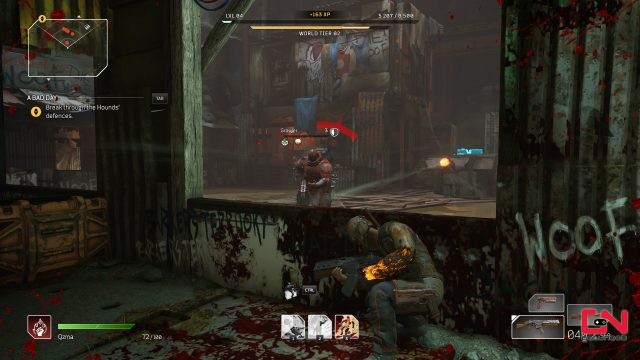 Energy anomaly is, by definition, a pretty faceless enemy, but friends from the colony ship you got to meet in the introduction provide the touch of personality, even if it’s tainted with artificial edginess and stupid stereotypes such as Polish guy repeating “Kurwa” every time something goes wrong. They are now older (obviously) and almost resigned to their fate as the leaders of a dwindling community of survivors locked in a desperate battle with bandits in their midst and mutants, or “altered”, beyond the wire. You are now altered too, and with your newfound powers and immortality, you have the potential to tip the balance for the good guys. This is a game made in Poland, but the prevalence of the American Bullshitism, artistic school present in most high profile shooting games, suggests almost Texan spiritual roots. See, Square Enix, we too can play with stereotypes.

Outriders is constructed almost exactly like Anthem or Destiny. Everything revolves around big quest/vendor hubs and instanced quest zones, which you can tackle solo or in the group. You pick a main or side quest, locate the exit point, and after brief loading, you are there, ready to shoot everything. Compared to the disaster that was early Anthem, Outriders feels smooth and bug-free, suggesting that Unreal Engine was a better choice for this type of game. Content in the public demo was strictly limited to the few introductory missions from the first chapter and several side missions on top of that – we managed to complete everything in 3 and a half hours, including reading the abundant lore entries we had picked up along the way. 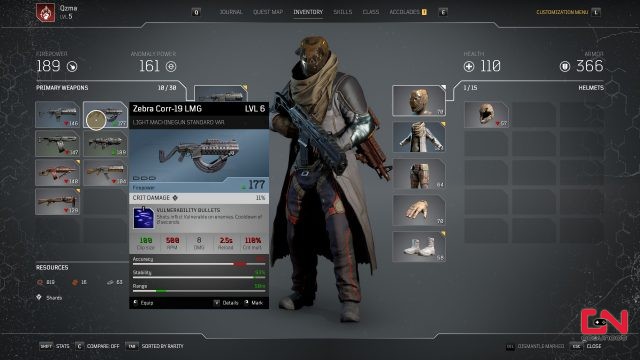 The main problem we perceived in this early game is the absolute déjà vu of combat, loot, and equipment elements of the game. Cover-based gunplay, combat spells dependent on the class you play (there are four initial classes), and rapid and constant flow of better gear feel mighty tired by this point. The game never tries to be even slightly different, opting instead of mixing the influences of several games in the hope of creating new value. But there is no real value here, or we are unable to see it. Every mission we had played was practically the same corridor shooter in different maps, with waves of mobs that needed to be wiped out in order to unlock the mini-boss encounter. Shootouts with the non-elite opponents are ridiculously easy, and bosses are similarly non-challenging, at least those initial ones.

One more thing. Outriders has something called “world tier selection”, basically, the ability to set the missions’ difficulty level for the chance of the better loot. We sincerely hope this is not a shortcut for the lazy “creation” of the endgame content. It would be much easier to scale up the damage and resistance levels of bosses and mobs up instead of creating multi-phase missions with clever foes that require teamwork to kill, but after witnessing the lack of any ingenuity from the devs so far, we are afraid that they might want to go that road. 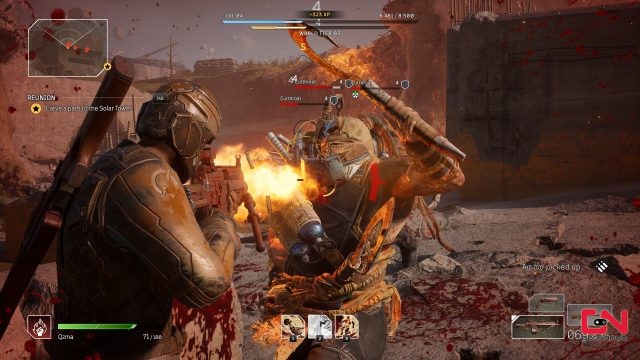 Square Enix and People can Fly tried to put a checkmark in every feature perceived wanted by the gaming community but managed to create one big, wet yawn of the game. We’ll be back for the final assessment in the first week of April when Outriders 1.0 goes live, but our hopes for it pretty much (out)rode with the wind.

NEXT POSTValheim Needle – How to Unlock Needle Arrows