It has been almost seventeen years since SWAT 4, the last proper single-player simulator of Special Weapons and Tactics. Did the police go out of fashion? Well, in certain circles, it might have. The current political climate in the USA seems to affect Western publishing labels adversely. They tend to avoid touching the concept of law enforcement operating in an urban environment like the plague. Those games are undesirable right now. Rainbow Six: Siege is exempt from that rule because it’s pure multiplayer; emerging gameplay avoids the controversies that are possible with storytelling. All we have now is safe but impotent titles such as Police Simulator: Patrol Officers. But what if you aren’t satisfied with regulating traffic? 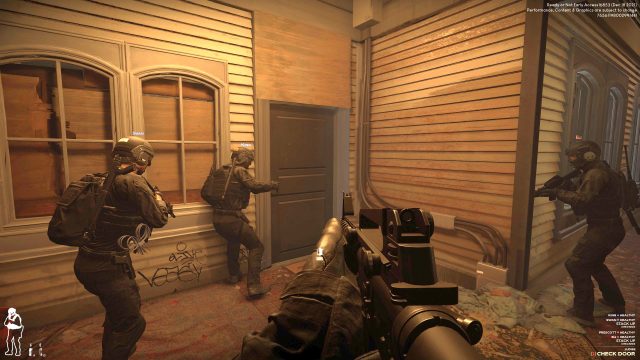 Void Interactive, an intrepid New Zelandian developer, is working on the answer to your prayers. “Ready or Not is a realistic tactical first-person shooter, set against a backdrop of political and economic instability in the US”. Those are their words; blessed be their uncompromising determination! Team17 was going to publish it, but they allegedly dropped the game because of what it might become in the future. Devs talked about the plans for the full release and stated that they would not shy from implementing a SWAT mission set in a school shooting environment. And that, predictably, caused some committee to freak out. Imagine if the studios dropped Heat, Training Day, SWAT, or brilliant Tropa de Elite because of societal controversies these movies were exploring? 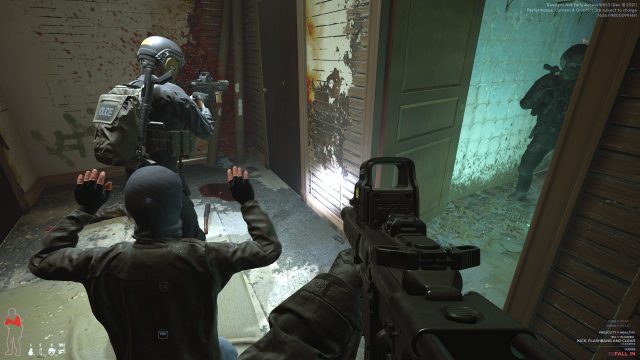 But enough digression, more ingress! Ready or Not is currently offered as early access title on Steam, with no plans for a console release. The game is surprisingly stable and feature-rich for this early stage. It provides several complete missions that you can play solo or in online co-op and customization options for you and your AI officers. Many things are yet to be introduced, like the entire planning/logistic phase, deployment of multiple tactical teams in the field, placement of snipers, etc. There is even talk about using negotiators as a pre-tactical response to some situations, and I’m curious to see how it would be implemented. The full game will have a campaign with a narrative, which is absent from the early access version.

As it stands right now, the game simulates one assault package of five SWAT officers, including you as the element leader. There are several mission locations, and some have more than one mission option with varying RoEs (Rules of Engagement). Most basic type deals with barricaded suspects and hostages, where you can use lethal force only if threatened. The second “tier “increases the number and lethality of armed assailants. The next add roaming active shooter who periodically executes civilians, followed by the bomb threat, etc. Criminals and civilians react to your presence. Some run and scream, others pull out concealed firearms, and sometimes even open fire behind the closed door if they detect SWAT sneaking around.

Take it Low and Slow 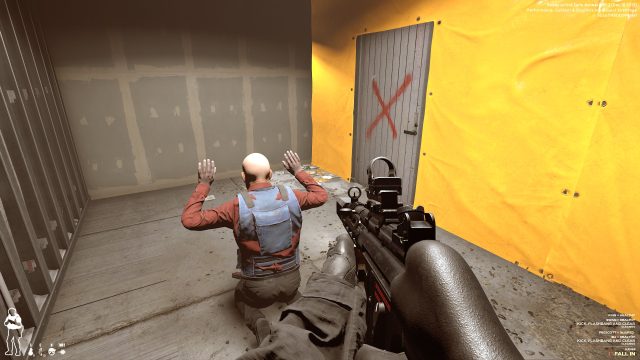 A systematic approach is vital when you aren’t pressed for time bomb-hunting or chasing the active shooter. If possible, you should use a camera stick on every door to look for traps and suspects. After that, consider breaching the entrance with a kick, shotgun blast, or C4 if you spot danger on the other side. Using flashbangs or other means of incapacitation is also a must if you are breaching the room with armed or suspicious individuals. You can perform most of those tasks yourself, but you are better off issuing orders via a simple and effective context menu. The system feels intimately similar to old SWAT games so that any veteran will feel right at home here.

Right now, there is not much motivation for a subtle approach in most missions. Suspects often don’t react to explosions and gunfire outside their immediate surroundings. They won’t coordinate and scramble to get you from afar or flip the table and make an ad-hoc firing position if surprised. The worst that you can expect is random bullet spray from behind closed doors.

You must arrest everyone in the combat zone. You do that by issuing verbal commands by spamming a keybind and pointing the gun at them. Some people will break and submit, some will panic and run, but some will pull concealed firearms and reveal themselves as tangos. Everyone who surrenders, civilian or not, must be cuffed and tagged, earning you points and contributing towards mission objectives. The game will grade you based on multiple factors at the end of the mission. Any unauthorized use of force will massively subtract from the final tally. 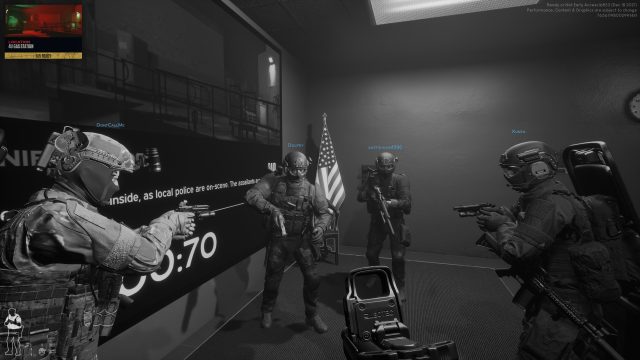 Ready or Not allows for limited customization of your and your teammates’ equipment. You can customize primary weapons with various sights and attachments, equip different types of armor and headgear, etc. You can even opt for a non-lethal approach using tasers and Beanbag shotguns, but playing without automatic weapons is significantly more challenging. When you burn through all missions in solo mode, there’s solid, albeit (currently), basic co-op mode for five people.

Ready or Not is not yet ready, but it radiates significant potential even in this early stage. It offers something that many people have wanted for a long time. Even it’s not (yet) a Valheim-type success, it sells like hotcakes, rapidly building the player base. If I were a betting man, I would most certainly bet on its bright future.

Want to know how to get all Prime Relics for Revenant Prime in Warframe? More…

In our Overwatch 2 Merge Accounts Not Working Fix guide, we are going to cover…

In our Unlock Competitive Play Challenge Overwatch 2 guide, we are going to show you…

The upcoming Cookie Run Kingdom server maintenance and downtime has been announced recently, and it’s…