I’m glad there are still developers brave enough to create multilayered hardcore experiences like GTFO. This co-op survival exploration shooter demands skill, grit, and extraordinary persistence. It also requires a functional combo of four such players, focused and stable people not prone to violent ragequits. This game isn’t fair, or even reasonably unfair, like Left4Dead on hard difficulty. It’s just brutal. Before you commit to purchasing it, you need to be at peace with that.

A four-man prisoner team, freshly awakened from some Matrix-type horror stasis, gets deployed to a derelict underground facility to complete various near-suicidal tasks for the mysterious warden. Hastily equipped with the bare minimum of stuff needed for the job, prisoners will face a hostile environment full of locked doors and sleeping mutated horrors ready to spring to life if disturbed. In GTFO, you don’t have nearly enough ammo to kill them all. You must sneak, communicate and resort to ballistic weapons only when everything else fails. Loud noises easily disturb mutants, and even direct flashlight beams can awake the sleepers and sic them your way. You’ll crawl around and stab isolated monsters, hoping not to stumble upon too many and set the chain reaction that would wipe your team in a flash of teeth and screams. 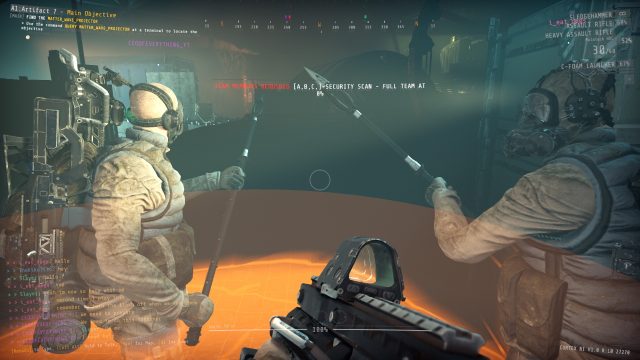 The core of the game is the Rundown, a series of progressively more difficult missions with varying objectives. Each layer of the complex is vast but not procedurally generated, so the familiarity earned through subsequent runs will have a beneficial effect. Well, at least until the Rundown refresh, which happens every few months when devs decide that people are getting too comfortable. Each new Rundown replaces the previous one, and the challenge becomes fresh as freshly drawn blood.

Verbal communication is an absolute must in GTFO. It’s emphasized through the matchmaking menu, where you can specify your primary and secondary language and whether you plan to talk or not. Every step on the way, you are reminded of the official Discord server that hosts the community of people serious enough to play this game. If you lack three determined friends to play the game with, I recommend manually searching for candidates there. Relying on automatic matchmaking in this game is not practical – in 9 of 10 cases, you will simply wipe and wipe until someone quits. There are also bots, but they are helpful only for basic practice.

Work together or die together 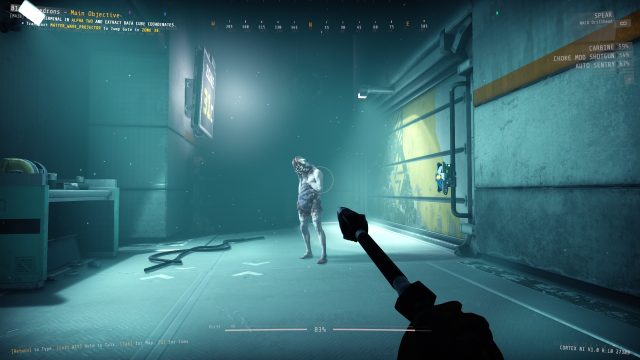 The first step before any match is the selection of weapons, and more importantly, tools. Auto-turrets (several types), Bio tracker, mine deployer, and C-Foam launcher are vital for medium and long-term survival; ideally, you should cover all bases by having one of each in the team. Bio tracker, nearly useless in the easier levels, will become indispensable on deeper, more difficult layers where thick fog is a common occurrence. Stumbling blindly through the fog or hoping to find enough fog repellers (consumable) are not viable strategies. You’ll need a Bio tracker to avoid nasty surprises lurking in the murk.

Some security doors will trigger alarms, forcing you to defend your position. C-Foam launcher and auto-turrets can buy you precious time in those situations; you’ll spray foam to reinforce the doors and glue-up avenues of approach, while turrets will help with mowing down the mutants jumping from all directions and get stuck in the goo. At those junctions, shooting is unavoidable, and it’s an absolute must that you save the majority of ammo for the onslaught. Melee weapons are almost useless when swarmed – you and your fellow prisoners are too fragile to trade blows with the monsters. After all, GTFO is not Warhammer: Vermintide, and you are not heroes but a bunch of trembling expandables. 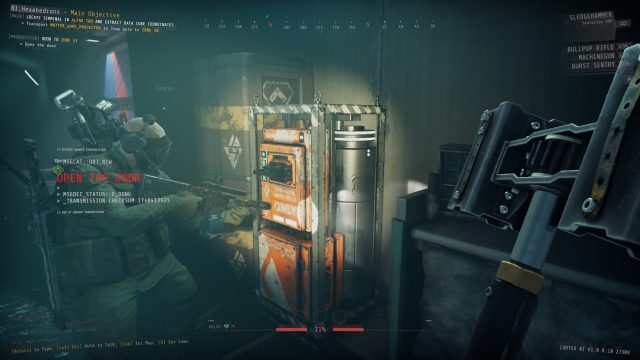 Where the hell are we, and how do we find the key/battery/whatever is needed to open the big door that leads further into the complex? GTFO often slaps you with a serious navigational challenge – the levels are spacious, sometimes ridiculously so, requiring an effort that can take hours. Besides the map, which fills up as you go, you can use scattered terminals to pinpoint the needed stuff. You will need to manually type (I kid you not) simple, DOS-like syntax in order to search for needed items.

Communicating is also vital for distributing very limited consumables you’ll find around. You are not carrying enough ammo to sustain you for the entire run, even if you are careful, and even one player running on empty during a swarm attack can drastically increase the chances of a wipe. So you’ll whisper, share bullets and inject each other with HP boosting syringes, huddling in darkness and hoping for an easy stretch ahead. Work together or die together. It’s that simple. 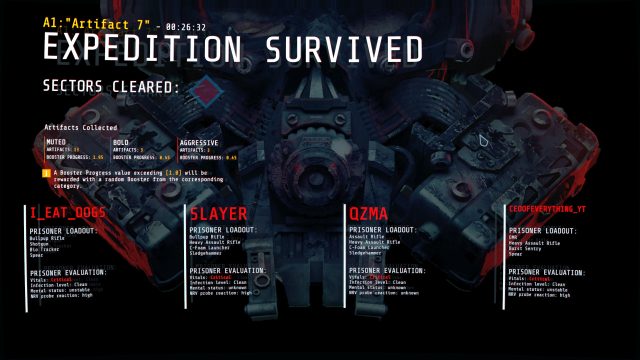 GTFO spent the whole two years in the Steam early access, during which developers eased up the challenge a bit. The difficulty is still punishing, but there are mid-mission checkpoints now. They do wonders in preventing mad ragequits and prompt uninstallations while not making the game any less demanding.

Enjoying hardcore challenges is important but not a chief requirement for playing GTFO. Once again, the crucial element is a stable group of patient friends who will commit to the match and stay committed until the end. Random matchmaking or bot alternatives are simply too frustrating to be considered an adequate replacement to your own gang.

NEXT POSTReady or Not Preview – SWAT 5