Trends in gaming are even more unpredictable than fluctuations in the stock market. The over-saturated genre of survival simulation games was steadily going the same route that WWII shooters treaded 15 years ago. There were simply far too many games around, and that generated significant fatigue towards the simulated survivalism. Save for the few noble examples, almost every new game was burdened with massive déjà vu, and the whole prospect suffered as a result. Or so we thought. Suddenly, there was another survival game, visually and conceptually similar to at least ten other games, that flew off the shelves like MSRP(riced) GeForce RTX 3080. Valheim sold more than a million copies in the first week of the early access premiere, positioning itself as a number one seller on Steam. 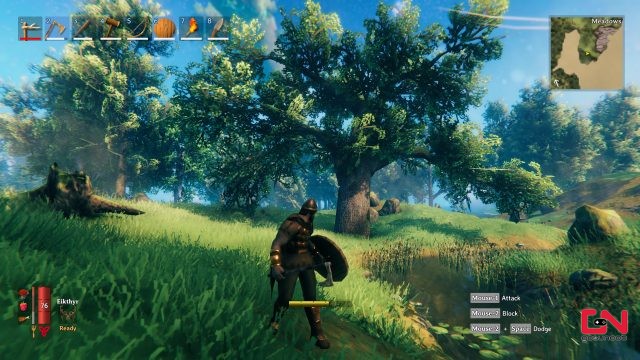 There is no way that the low price of 19,99 USD could be the only explanation, and we bet that familiarity was a more critical factor. Valheim has the raw appeal of Conan Exiles, whose player base undoubtedly contributed significantly to those early sales. Both games’ premise is essentially the same: you take the mantle of an empty-handed warrior exiled into the unknown land where you must make do with the resources at hand. You’ll struggle with the ax made of stone and wooden branch, eating berries and trying to catch that elusive deer; pretty soon, however, everything will click into place as you make your first steps on the long, grindy road to metal weapons and armor and unknown wonders beyond the initial forested plains.

In Valheim, you play as a recently slain Viking warrior cast into the purgatory for the Northmen. To ascend into Valhalla, you will need to complete several vital tasks for the good old all-father Odin. His raven sidekick, Huginn, will act as an official representative and disseminator of tutorial guidance. He’ll help you settle in and inform you that between you and the eternal feast in the great hall lay the five-pronged obstacle, i.e., five forsaken bosses that must be slain to prove your worth to old Grimnir. Of course, naked and pathetic as you initially are, you stand no chance of dispatching even the weakest one, stag-spirit Eikthyr. You must grind and grind hard, but that’s why you bought the game in the first place. 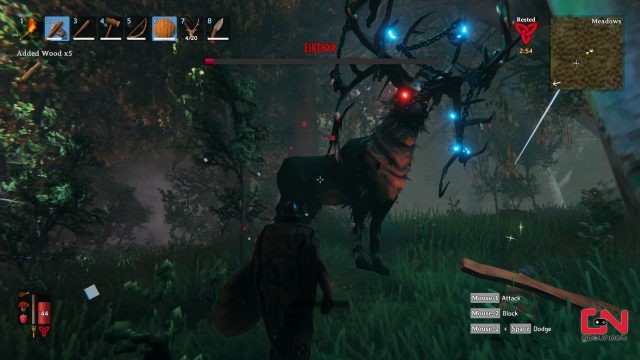 At least initially, the realm of Valheim doesn’t look like any sort of Limbo for the accursed. On the contrary, rolling, forested grassland bathed in the midday sun has a vibe of heavenly retreat, and only during the night, in the pale moonlight, growling from the forest gets that nasty, menacing tone. You’ll go through the usual motions for survival games, grinding basic stuff at first, picking a nice spot for the hut and utilities, hunting for meat and leather, exploring ever further as days go by. Progression is slow, steady, and practically the same as in Conan Exiles or some similar game. Mobs from the first two biomes are relatively easy to deal with, but as you gradually become more powerful, their numbers, spawning frequency, and level will follow and match your progress. This reminded us of Elder Scrolls games, namely, Oblivion. 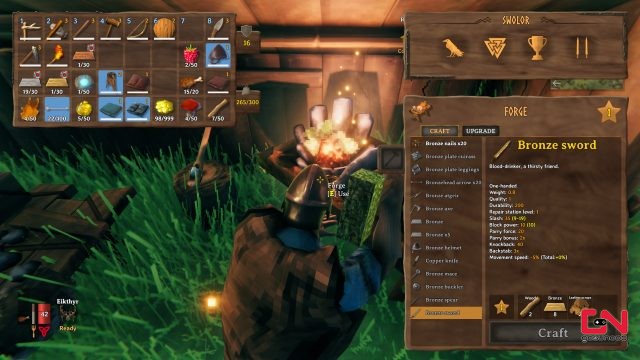 The leveling system is another thing similar to those Bethesda classics. Individual skills such as archery, running, swimming, using axes or spears are leveled in an “organic” way, just by using them. It goes without saying that leveling goes pretty fast at first but slows to a crawl after a while. Death imposes a significant XP penalty, removing a substantial part of the levels that you already acquired. The minor problem at first, major headache in the later game. Solution? Git gut and don’t die!

Luckily, you’ll have to be pretty inept to die because you picked the fight with the mobs. You can outrun most of them, so running away is always an option. Bosses are a different story, though. An adequately equipped warrior won’t break too much sweat disposing of the first one, but each subsequent beast is an order of magnitude more dangerous. Each boss inhabits a different biome and has specific summoning requirements, which sometimes require a bit of detective work (if you get stuck, we prepared plenty of guides, so feel free to consult ‘em!). Every biome has a dominant theme, and environments gradually become more inhospitable, which creates visible escalation of the stakes. 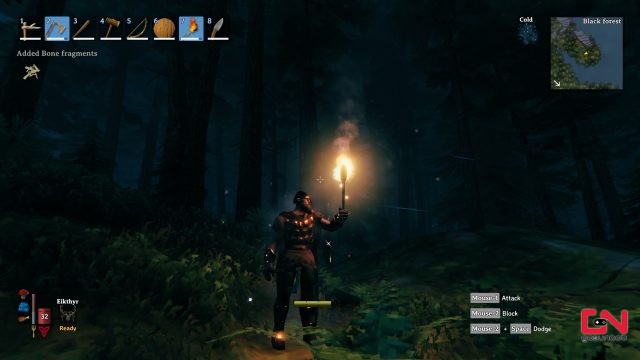 Valheim can be played solo or cooperatively, on closed server or the one populated with other players. Help is useful later on when the immense material cost of large structures forces you to participate in the great unfunny giga-grind. Also, later bosses are much, much easier to deal with two or more players. Maps are pretty big, and since there are no mounts in the game, you’ll run and run and run (and run) like mad until you unlock portals. Portals have comparatively low cost in resources, and building them everywhere you can save you a mega-ton of exploration time. 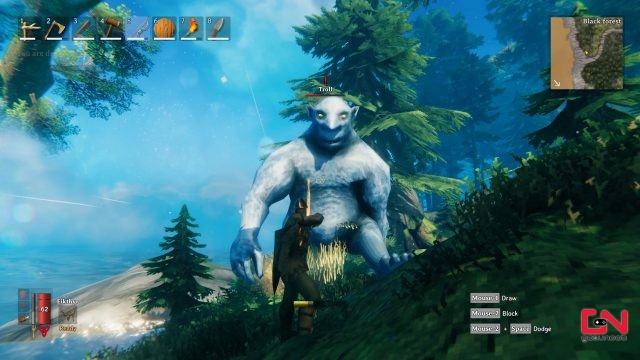 Valhaim is a young game, still wet behind the ears, rough on the edges, and sometimes clumsy, but it shows great promise in all aspects. Its visual style is distinct, combining low-poly aesthetics up close with modern 3D landscaping and effects. You won’t mistake it for anything else, that’s for sure. The developers had laid a roadmap for 2021, suggesting that the final iteration is still a long way off. But every serious fan of survival games knows that journey, not the destination, is the real meaning of it all.