A new Prey gameplay & commentary video is now live on YouTube. The video contains about eight minutes of gameplay, with narration from Prey’s Creative Director Raphael Colantonio and Lead Designer, Ricardo Bare.
▼Article Continues Below▼
It showcases some of Prey’s key elements, such as enemies, mechanics, and more. The reboot of the 2006 game of the same name, Prey promises to be full of scares, action and innovative gameplay mechanics. 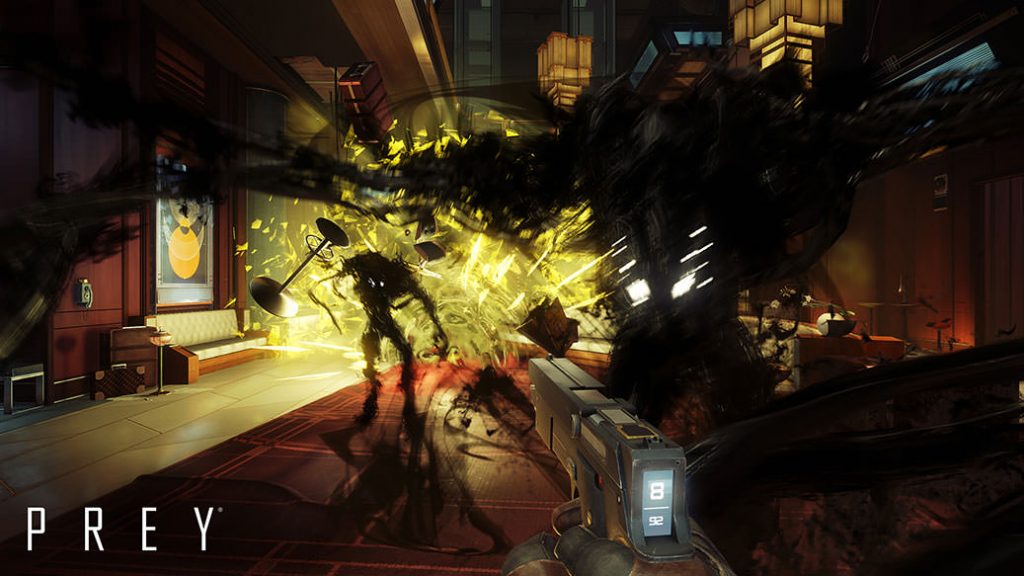 Arkane Studios have released a gameplay video for their upcoming first-person sci-fi action game, Prey. Prey is a reboot of a 2006 game, also titled Prey. The video features commentary from Raphael Colantonio, the Creative Director, and Ricardo Bare, the Lead Designer. They show us some interesting details about the game. You can check out the full video below.


Since Prey is an open-ended game, the players will be able to traverse Talos I more or less freely. Right off the bat, we can see that some of the aliens aboard the ship have the ability to mimic pretty much any object. Then we see some firearms in action, but apparently, weapons will be rare. This means that the player will often be left with only their wits, alien powers and gadgets to survive.

Next up is the Neuromod. This contraption allows the player to attain some of the alien powers. This includes the previously mentioned Mimic ability. You’ll be able to turn into almost any object in the game and move around to solve puzzles and sneak around enemies. It’s kinda like Prop Hunt that way. There are, of course, many other alien upgrades you can get, but the more you do, the more attention you’ll get from certain creatures. You can combo the powers together for interesting effects.

Then there’s the GLOO cannon. It seems like a lot of fun. You can use it to freeze enemies, put out fires, and even create paths to previously unreachable areas. We also get to see some other, larger enemies, called Phantoms.

We can also see a gadget called Recycler Charge. This item turns some objects into raw materials that you can use to craft new stuff. It also serves as a weapon. You cna craft new items at the Fabricator, as long as you have the necessary fabrication plan.

The video ends with a huge, menacing enemy called a Nightmare.

Here’s a direct qoute about the game from Arkane Studios:

Prey blends simulation and narration, dropping you into a carefully crafted world, then setting you free to play as you want. In Prey, you awaken aboard Talos I, a space station orbiting the Moon in the year 2032. You are the key subject of an experiment meant to alter humanity forever – but things have gone terribly wrong. The space station has been overrun by hostile aliens and you are now being hunted. As you dig into the dark secrets of Talos I and your own past, you must survive using the tools found on the station, your wits, weapons, and mind-bending abilities.”

Prey comes out in 2017 for the PlayStation 4, Xbox One and PC. Based on the video, it seems like it will be a blast playing this game.