Adamantoise is a giant turtle-like boss in Final Fantasy XV. It is located near the main hub in the game, Hammerhead outpost. The hunt for the this giant beast is a part of the Let sleeping mountains lie quest, that is given to you by Cindy in Hammerhead after finishing Final Fantasy XV. During this quest, you must wake up the turtle. You can then go to the diner and accept the Lonely Rumblings in Longwythe hunt. Make sure you have a lot of time on your hands, stock up on healing potions and patience and head into the fight, as this will be the longest fight in FFXV.

How to kill Adamantoise fast in FFXV

UPDATE: There’s a really quick way to kill the giant turtle, but it requires some preparation:

Then comes the fight itself. It’s pretty straightforward. Here are some things to keep in mind:

ORIGINAL TEXT: This is one of the biggest creatures in the whole game of Final Fantasy XV, and you may have already passed it several times without noticing it. This turtle is already known for making an appearances in the Final Fantasy universe since FF 2, and in this case, Noctis and friends will have the chance to fight it after the journey is finished. Before the game was released, there was information that the fight can lead up to 72 hours, but you should be able to handle the fight in an hour or two. 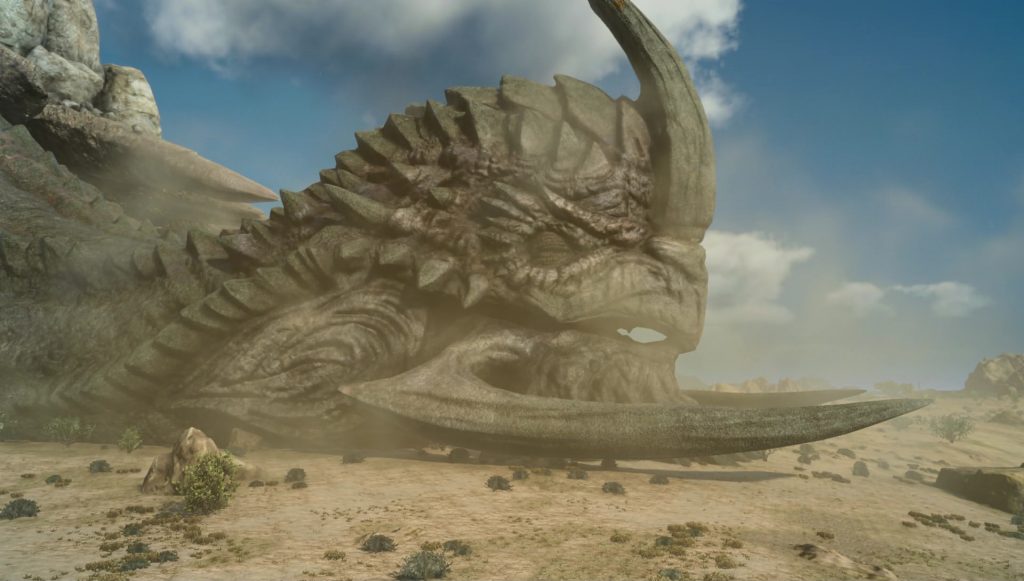 Adamantoise is a level 99 monster, and has the biggest amount of HP than any other creature in Eos. This Turtle is most vulnerable to Greatswords, so make sure you equip one before the fight. All the other weapons will come in handy as well, but the greatsword will give you damage boost when you attack the turtle.

The fight itself will be long and very repetitive, as this boss has over 5 million HP. Before the fight, make sure to cook and eat some of Ignis’ recipes that will boost your attack. The safest place where you should stay is at the turtle’s foot and deal damage in that area, while dodging the moves of the turtle from time to time. When you see that the eye opens up, try to make some hits there, as it will give you some more damage gain as the eye is the weakest point of the turtle. The moveset of the turtle is slow, but it can do some damage to Noctis, so don’t let your guard down because if you die, you will have to start the fight all over again.

In the end, it will give you over 40k exp points, but the satisfaction will be a greater reward. The citizens that went into hiding will come out, and you can go to the tipster and claim your reward for 50000 gil and an Adamantite Bangle.