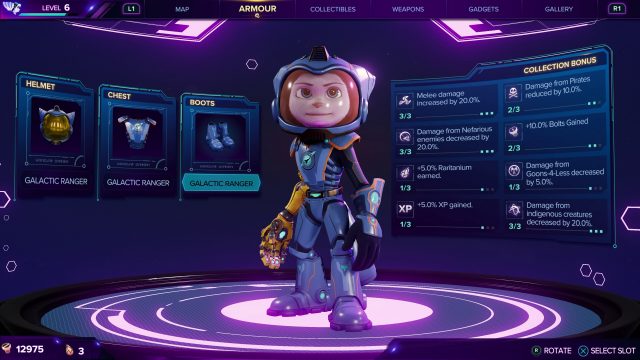 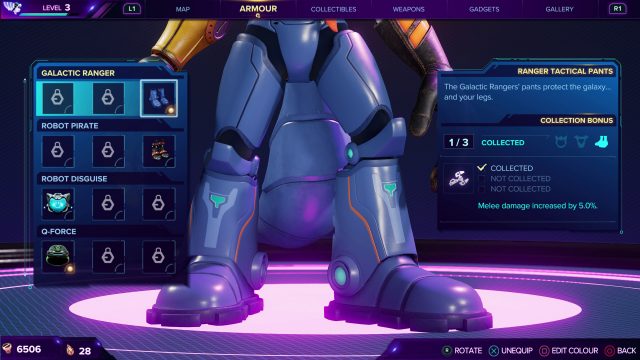 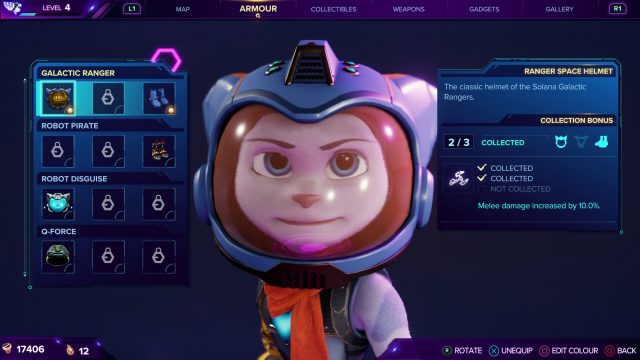 The next piece of the Galactic Ranger Armor set is also on Sargasso – Outpost L51. Specifically, inside Pocket Dimension: 65-31-99. As soon as you enter here, you will see the hologram containing this armor piece a short distance directly ahead. Move towards it, hitching a ride on a Speetle to cross over to the island where the Ranger Helmet is at. Once you are on the island, approach and collect the Ranger Space Helmet. Combined with the Ranger Boots, it increases your melee damage by 10%. 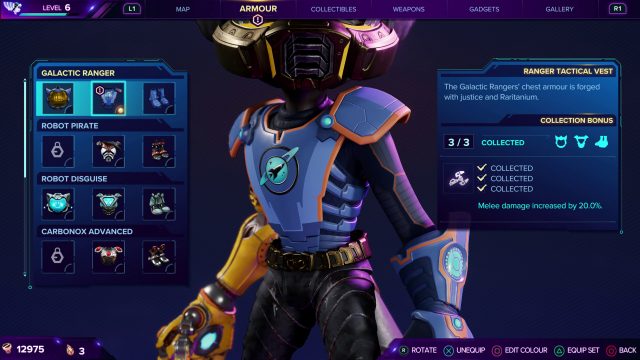