Boltcutter is one of the bosses in ReCore. You’ll encounter him in the Core Foundry, while you’re doing the Departure mission. When you reach the tram station, he’ll appear behind you and attack. Once you defeat him, you’ll get a Prismatic Core and the So You’re Victor achievement. This guide will show you how to beat Boltcutter boss in ReCore. 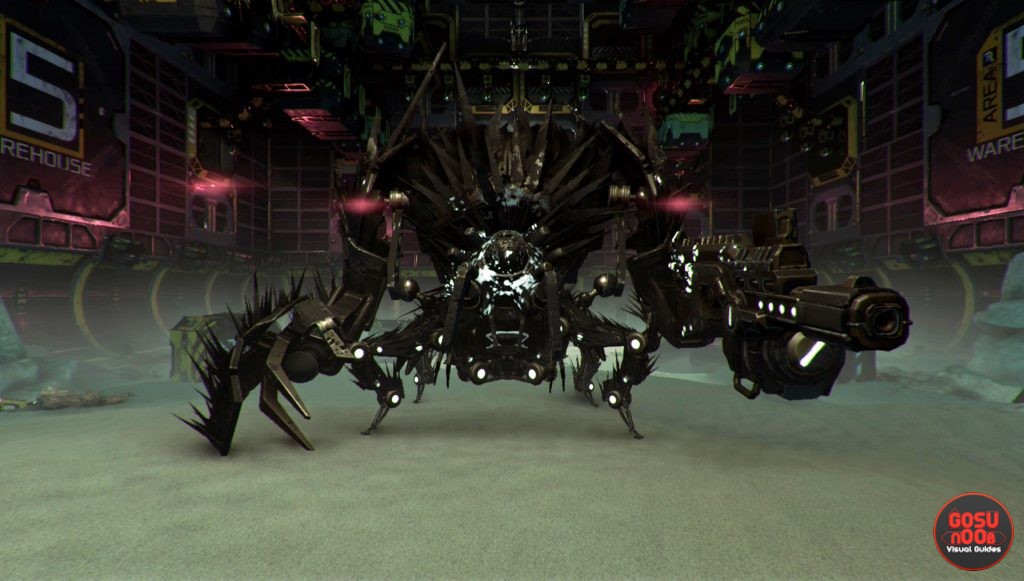 Before you start the boss fight, make sure Mack’s lethals are full. As soon as the boss spawns, get behind him. The area near the door is wider and provides more cover than the other one. The boss will spawn a group of adds from time to time – blue flies that don’t care much for cover. Make sure you pick them off before dealing with the main enemy. They don’t do much damage, but it stacks up over time.

As far as his attacks go, he has a barrage that’s easy to hide from, if you’re near the door. He also does an AoE attack that’s easy to dodge – just don’t jump once you see a ring of fire. Let your pet aggro him, while you slowly chip away his health.

Have Seth summoned until the boss changes color to blue. When he does, quickly switch to Mack and start spamming his Lethals. A couple of them will stun the boss. This is when you start hitting him with charged shots. When he comes to, he’ll summon a couple of meaty minions. They’re equipped with homing rockets, so you should dispose of them as soon as possible. Use your dash to avoid being hit. If you can use your pet robot’s lethal attack to speed the process up, don’t hesitate. 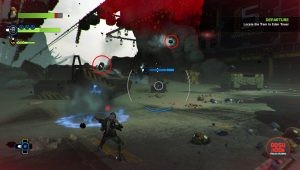 Once his health is below the white line, you can try extracting him. Be gentle and cautious – the line can snap easily, which will let him regenerate some health and prolongue the fight.