The Spectacular remake of Resident Evil 2 from last year is a tough act to follow, so Resident Evil 3, much like the original third installment from 1999, was destined to face an uphill battle for fame and fortune. Third time is rarely a charm in the entertainment industry – The Godfather Part III, Alien 3, Dead Space 3, Ninja Gaiden 3, Driver 3, Crackdown 3, and many, many others were pale, hapless shadows of their former greatness. Thankfully, the infection that Resident Evil 3 Remake suffers from is not nearly that serious. 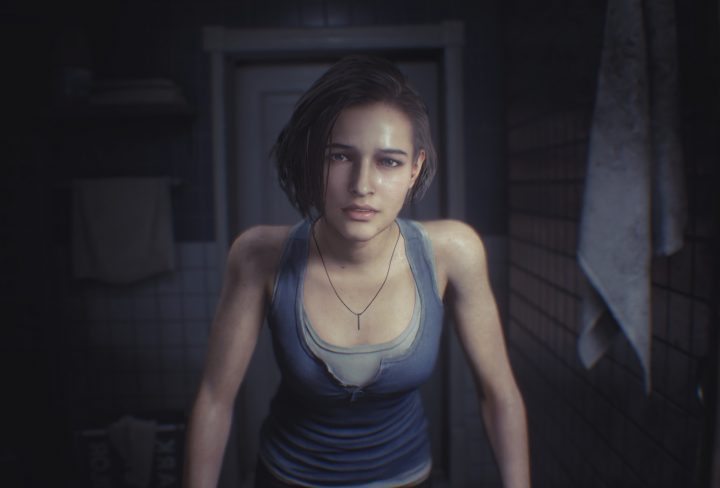 Resident Evil 3 is significantly shorter than RE 2 (2019) or the original game, which together with several pacing issues, represents two significant but not life-threatening problems with the game. Starring the elite S.T.A.R.S. officer, Jill Valentine, and an Umbrella security operative, Carlos Oliveira, the game takes place both before and after the adventures of Leon and Claire in RE2. The overall theme is the same – desperate escape from a doomed city, but the modality of that escape is rather different. Resident Evil 3 is much more about combat than puzzle-solving – you’ll still get the former thrill, but in a more simplified and reduced form. Brain requirement is replaced with the brawn and ammo expenditure that takes precedence from slow exploration. Fast-paced survival is the dominant motive here, which is emphasized in a terrifying new menace – Nemesis, a bioengineered monster you aren’t likely to forget any time soon. 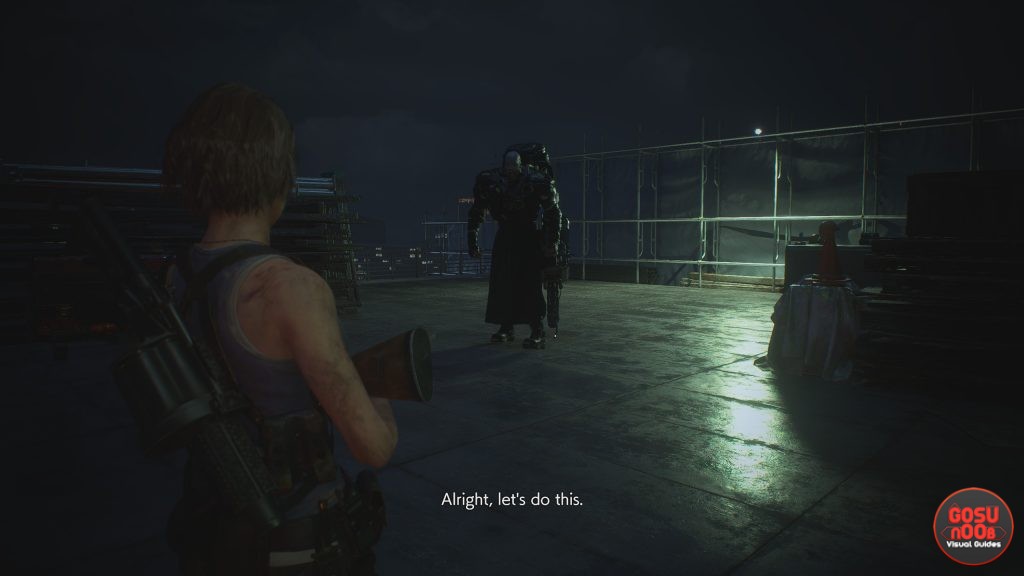 When Umbrella injected the Tyrant with a viral cocktail that enhanced its speed and intelligence, and enabled it to use weapons like flamethrower and rocket launcher, we got the Nemesis, a towering but nimble beast that pursues you (Jill) with an unquenchable, bio-programmed thirst for blood. Nemesis is a relentless force of (un)nature you cannot outpace and outmaneuver with ease like brain dead Tyrant from the Resident Evil 2 Remake. In the original Resident Evil 3, Nemesis was unpredictable, random spawning evil that always chose the most opportune moment to start chasing you, adding a persistent sense of dread. You’ll get a similar treatment from it in the first chapter of the Remake in which you play as Jill, running through the ravaged streets of Raccoon City, trying to solve the problem of a stuck evacuation train. Sadly, later encounters with the beast are heavily scripted, each of them leading to the boss fight. Nemesis follows the Freddy Krueger template, returning again and again (and again) until you finally dispose of it in the over the top climax of the game.

Two essential parts of dominantly combat-oriented design of the game are the newly implemented “fast dodge” button and a much quicker escalation of your arsenal. The efficient side-step is an essential tool for surviving close encounters with the Nemesis, which is, as we said before, nimbler than Mr.X (Tyrant) by several orders of magnitude, especially in the later stages when he assaults you in a more bestial, four-legged form. When it comes to the arsenal, you’ll get powerful weapons (like a shotgun) fairly quickly, in the first 15 minutes of the game as Jill and assault rifle by default in the very first section playing as Carlos. Ammo is relatively abundant, but that doesn’t mean that you can be reckless with it: we were forced to replay the entire level near the end because we faced scripted, inescapable combat with 3 powerful enemies whilst equipped with 4 shotgun shells and 1 flash grenade. 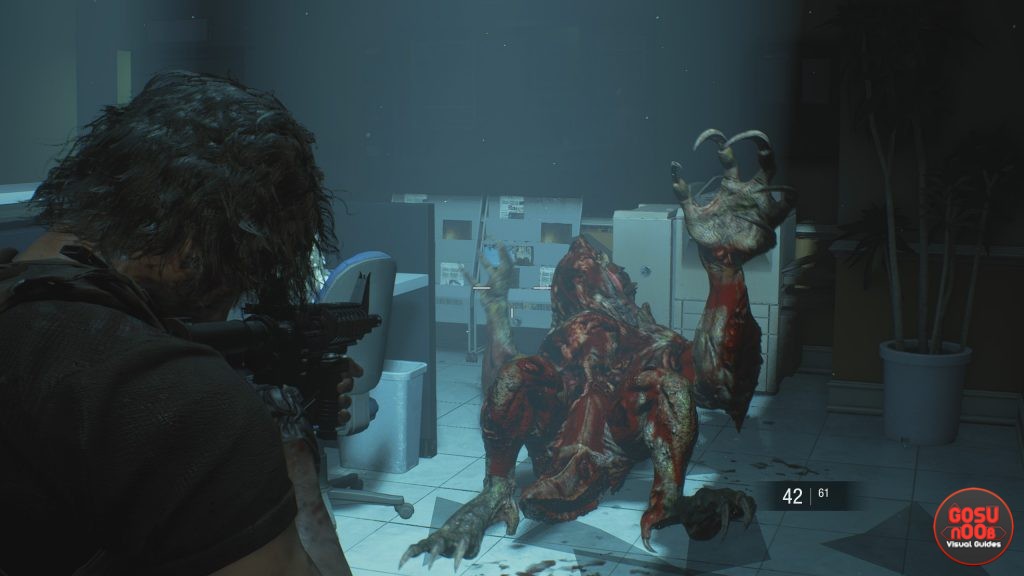 Resident Evil 2 Remake campaign had a clever twist – when you completed it as Leon Kennedy, you had another shot through it as Claire Redfield, with several significant differences, mostly in the shape of a different path you took. Resident Evil 3 Remake is much more conservative, as the levels of Jill and Carlos follow up one after another in a fairly predictable fashion. When you complete the game, you get access to a shop where you can buy all sorts of cosmetics (like the original Jill outfit from Resident Evil 3), weapons or survival tools using the currency you earned in the first playthrough. The second pass of Resident Evil 3 makes sense only if you are trying to challenge yourself with a higher difficulty setting and/or find bits and pieces you missed in the fist go – like the Lightning Hawk pistol we somehow missed even though we knew it was there somewhere.

So far, so very OK, with occasional flashes of greatness. However, in one crucial visual aspect of the game design, Capcom decided to be lame and utilize star power without crediting or contracting the actual star in question, adding some unnecessary confusion for good (bad?) measure. Milla Jovovich, who played the role of Alice in all Resident Evil movies, got her likeness “liberated” for portraying Jill Valentine, much in the same fashion that 2K games “borrowed” the face of John Boyega (Finn in the new Star Wars trilogy) for Mafia III in 2016. This concept of “near likeness without legal consequences” is something that the porn industry thrives on. Games, at least the AAA ones like RE 3, NEED to be better than this if we, gamers, wish for the same level of cultural acceptance as film or literature connoisseurs.

With an average running time of 5,5 hours and without another protagonist as an option for the second playthrough, this game is counting on the multiplayer mode for some added value of longevity. Resident Evil: Resistance is an asymmetrical hybrid of the PVE and PVP modes, which sounds good in theory but performs less than good in practice. Basically, Resistance is a slow and clunky version of Left4Dead in which the AI director is replaced with a player “Mastermind”. On the one side, there are four survivors – the Umbrella lab’s test subjects trying to escape experimental zombification, and on the other, there is the Mastermind – an invisible but omnipresent force that sits in a control room, spawns zombies and traps in order to kill or delay those survivors while (presumably) cackling like a sociopath. Playing as Mastermind can be interesting if you are a fan of casual sadism, but this survivor gameplay is severely hampered by a rigid control scheme and general sluggishness. If you are an active player of L4D (1 and 2) or World War Z, Resistance probably won’t stick with you. 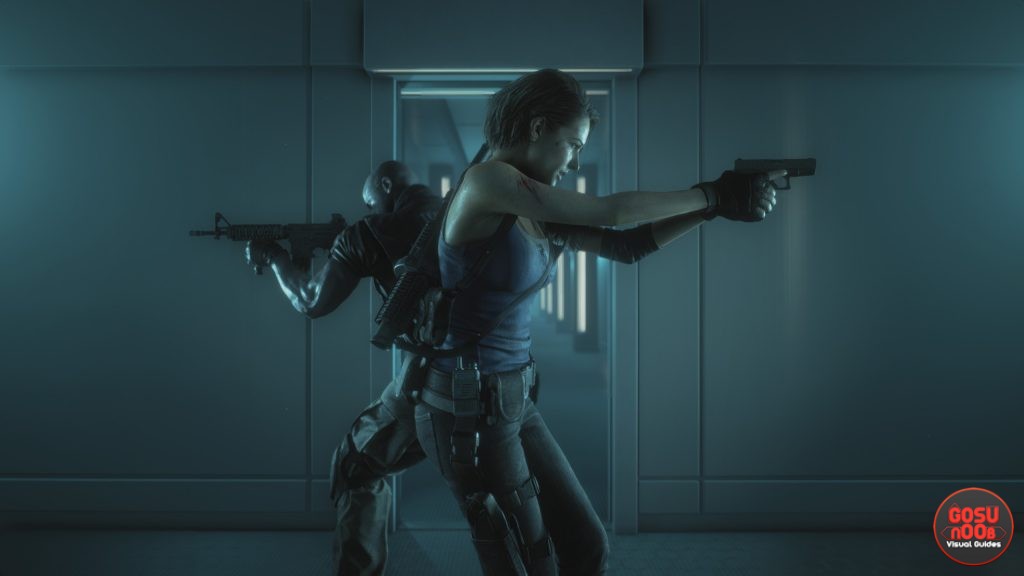 Although one might call the game short, it is so intense that you won’t mind. The first playthrough is likely to be very enjoyable for many, especially fans of the series and genre. You will then replay the game to test out your new arsenal, or chase after 100% completion. When you get to know the levels by heart, you will still have the multiplayer to fall back on; that said, there will be fans disappointed by some sections from the original game that are missing here. Still, this does not a bad game make. The Resident Evil 3 remake is a very good mix of survival horror and action gameplay presented in a modern game engine, which is everything the fans could have hoped for.

NEXT POSTFF7 Remake No Promises or Not Happening Jessie Dialogue