There are several types of collectibles in Episode Two of Resident Evil: Revelations 2. Kafka Drawings are fluorescent paintings hidden on walls throughout the game.
▼Article Continues Below▼
They can only be discovered by Moira, if she shines her flashlight at them. When you’ve found all six of them, you’ll unlock the Sketch Artist (Episode Two) achievement. It will allow you to buy Secret File No.5 from the Rewards menu, which turns out to be Stuart’s memo about Barry Burton. You can alss check out our Kafka Drawings guide for Episode One, in case you missed it.

When Gabe opens the door of the inn and asks you to follow him, step outside. Turn around and look above the door to the right. There is a hanging sign that says “Wossek”. The first drawing is on it.

After you’ve talked to Gabe about the helicopter, walk around it and look at the tail from the other side. The second drawing is right there.

This one is located in the underground tunnel, after your escape from the fishing village. When you go up the first set of stairs, look to your right. The drawing is behind the two barrels.

When you’ve left the tunnels, go across the courtyard to the door with the boards (the ones Moira has to tear down using her crowbar). The drawing is to the right of the door, hard to notice because of the blue metal surface it is painted on. Be wary of the dogs in this section, they will appear out of nowhere.

When you find yourself in the room with the hanging bodies in the middle of it and the operating tables in a corner, leave using the passage on the right. Climb up the stairs and turn to your right once you’ve entered the room. The drawing will be dead in front of you.

After you’ve met up with Natalia, you’ll find a room with a workbench. Leave through the closed door and follow the corridor until you reach the stairs. Look at the ceiling above the stairs and you’ll see the final drawing.

Once you’ve finished the chapter, you’ll get the Sketch Artist (Episode Two) achievement, so you can buy the Secret File No.5 from the rewards menu. 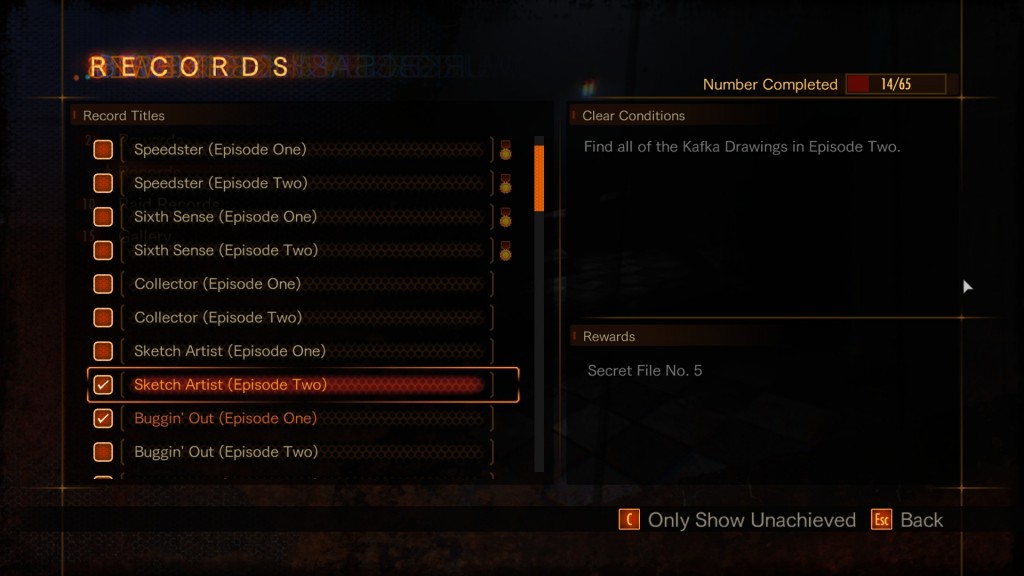 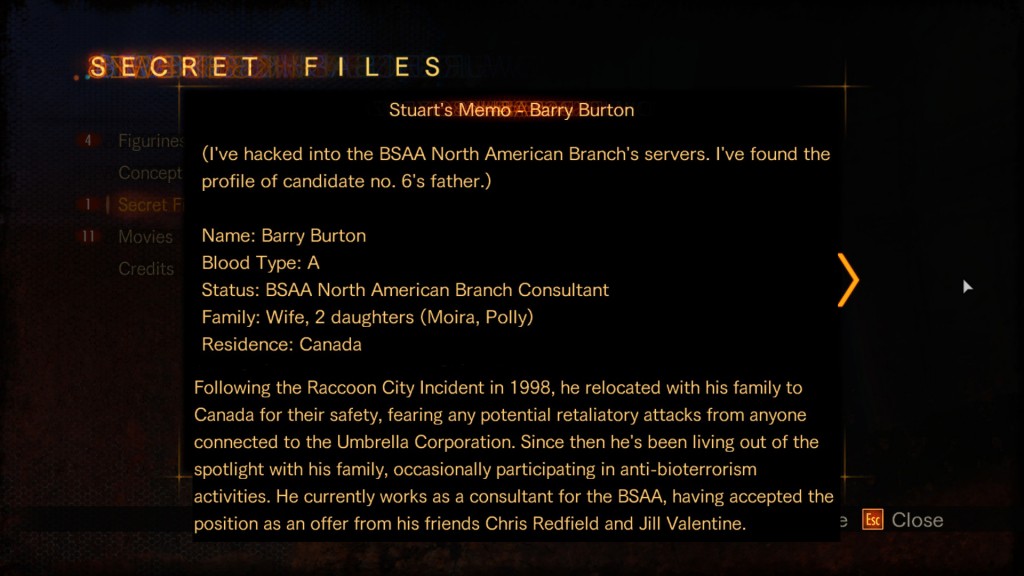