Tower Emblems are one of the collectible items in Episode Two of Resident Evil Revelations 2. They appear as big, blue coins that you need to shoot in order to collect them. They can be found throughout the whole campaign (both in the Claire and Moira missions, and the Barry and Natalia ones). Once you’ve collected all nine of them, you’ll unlock the Collector (Episode Two) achievement. This will allow you to use up your BP to buy Secret File No.4 from the Rewards menu, which turns out to be Stuart’s Memo – Claire And Moira 2. We also have a Tower Emblem locations guide for Episode One, in case that’s what you were looking for.

Claire And Moira Scenario
The first five can be found during the first chapter of the game – you need to use Claire to shoot them. Two of them are in the fishing village, while the other three are in the abandoned town.

Leave the inn and go around it from the right. You’ll see a set of stairs leading up to a walkway – go around them and under the platform. The emblem is at the end of the “tunnel”.

Go to the rightmost part of the beach. The large house on your left has a chimney. The emblem is lodged on top of it.

When you exit the tunnel after you leave the village, turn left. Look above the fence, toward the building. The emblem is on the window of one of the apartments.

When you leave the building with the switch-operated barred gate, go down the stairs and turn around. The emblem is hidden below the stairs.

As you’re chasing Natalia, you’ll come to a hole in a wall that you need to jump through. Before you do that, approach it and look down and to the left. You’ll see the emblem on top of a large metal container.

Barry And Natalia Scenario
The last four emblems can be found during the second chapter of the game. Barry is the one who gets to shoot them. Two of them are located in the wilderness, one is in the abandoned town and one is in the tower.

After you’ve dispatched your second patrolling Revenant (the one near the locked gate), turn to face away from the house. You’ll see the emblem high up on a wall, above some barrels.

Looking for the key to the gate, you’ll climb a hill with two houses. Climb the one with the broken ladder (you’ll need to bring the crate close to it) and once you’re up, look to your left. The emblem is on the small cliff.

Go up to the second floor of the building with the elevator. Use Natalia to squeeze through the hole in the elevator shaft and open the door for Barry. The emblem is on a shelf to your left.

When you enter the tower, turn to your right and look up. The final emblem will be waiting for you on top of the rubble.

After you’ve collected them all, you’ll get the Collector (Episode Two) achievement, which will let you unlock Secret File No.4 – a second memo from Stuart, concerning Claire and Moira. 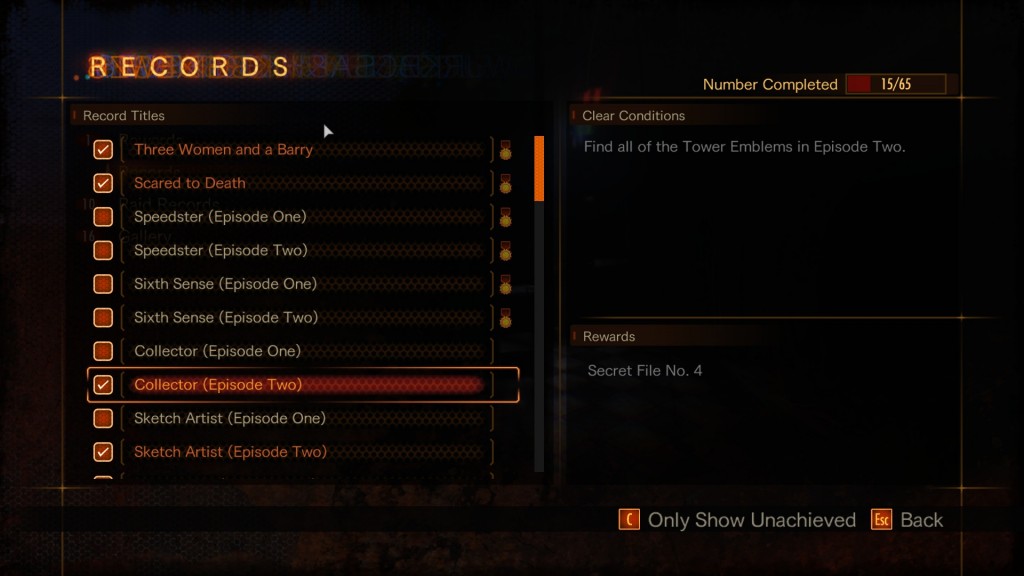 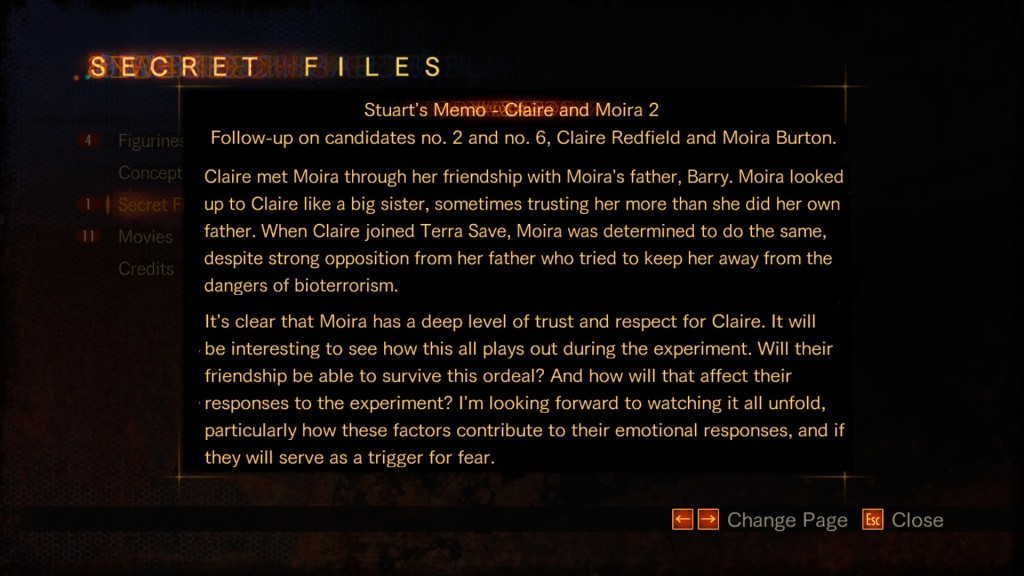