Resident Evil: Revelations 2 has several collectibles for you to find in Episode One and Kafka Drawings are one of them. They can be found only during the Claire and Moire mission by using the flashlight with Moire to discover them on the walls. When you find all six of them you will complete the Sketch Artist (Episode One) achievement (or record as they call it in-game) that gives you Secret File No. 2 special Reward you can unlock for 500BP in the rewards menu of the game (when you spend the BP you will unlock a Secret File called “E-Mail from Barry to Chris” in the Gallery menu that is a nice Easter egg for all Resident Evil series fans). As you play through the first mission of Episode One you will have to scan every wall in order to find these and to make your life easier we compiled the guide bellow showing you locations of all of Kafka Drawings.

If you are looking for guides for other episodes they can be found here:

You will fight your first group of enemies as you are trying to get the Experiment Block Key from a dead guard. To get to the keys you will have to use the ladder to descend into a room where the dead guard’s body fell. Once you use Moira and her flashlight to locate the keys hanging from a nearby object you will pick up the keys and enemies will come out from previously locked doors and overhanging walkway. Moira will run back up the stairs and you can use Clair to kill them (and you have to if you want to get the drawing). Once all enemies are down switch to Moira and come back down the ladder to where the fight took place. One of the rooms the afflicted came out of will be open and inside, on one of the walls, you’ll find the first Kafka drawing of Episode One.

You will find this one as soon as you pick up the crowbar with Moira. You’ll find yourself in a sort of a storage room that you have to scan with the flashlight to find the crowbar and some other shines. Before you exit the room scan the nearby wall with the light and you should see another drawing.

This one can be found once you need to enable power to get the golden gear from inside a torturing machine that is stuck. As you figure out how to get out of the cog gear room the path will take you to where you first get attacked by three enemies (on normal difficulty) and then a guy that jumps through a window. After you kill him path forward is blocked but you can enter a side room that is very dark and hides another enemy. There is a Book/Document here as well Excerpt from Kafka’s “The Trial” to help you get better orientation. Shine the flashlight onto a big wall straight ahead of the book and you should find the third Kafka drawing.

When you finally turn on the power a blade spinning contraption will start moving right next to you and as you move away from it there will be an enemy charging at you out of a previously locked room (this is right before the trash compactor part). Kill that afflicted with Moira (who knew flashlight+crowbar were so effective) and enter the room he burst out of moments before. Inside you’ll find the fourth Kafka drawing.

As you exit the asylum/prison/whateveritis make sure you switch to Moira and use her flashlight on the big wall just opposite the exit. You’ll see the 5th drawing there.

Final drawing is found on the side of the wooden bridge you barely cross. Once you do get across, turn around and shine your flashlight onto the side of the bridge to reveal the collectible and complete the Sketch Artist Record / Achievement.Once all are collected you will be able granted the Secret File No. 2 Reward (in the rewards menu), which can be exchanged for 500BP for a Secret File called “E-Mail from Barry to Chris”. 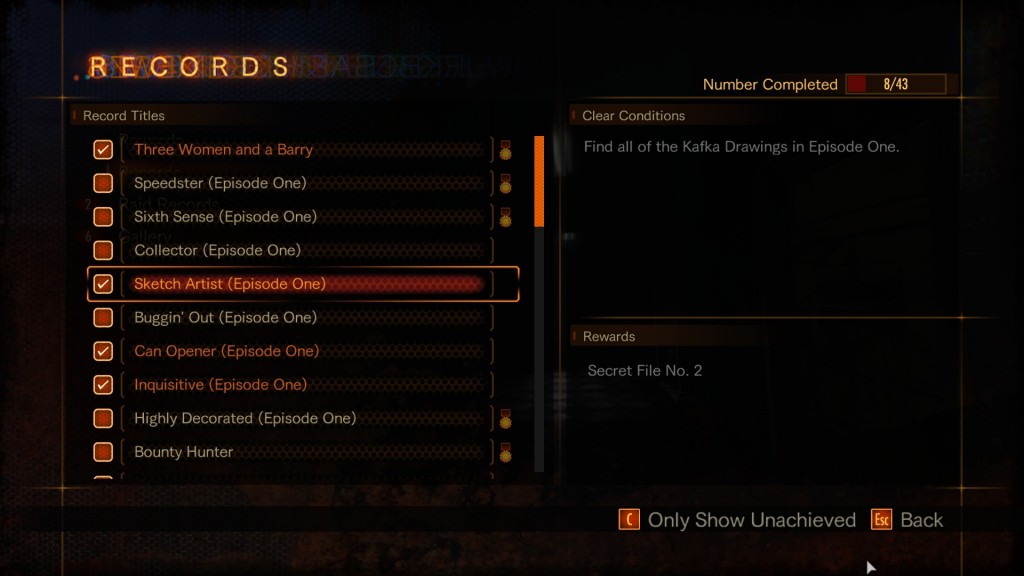 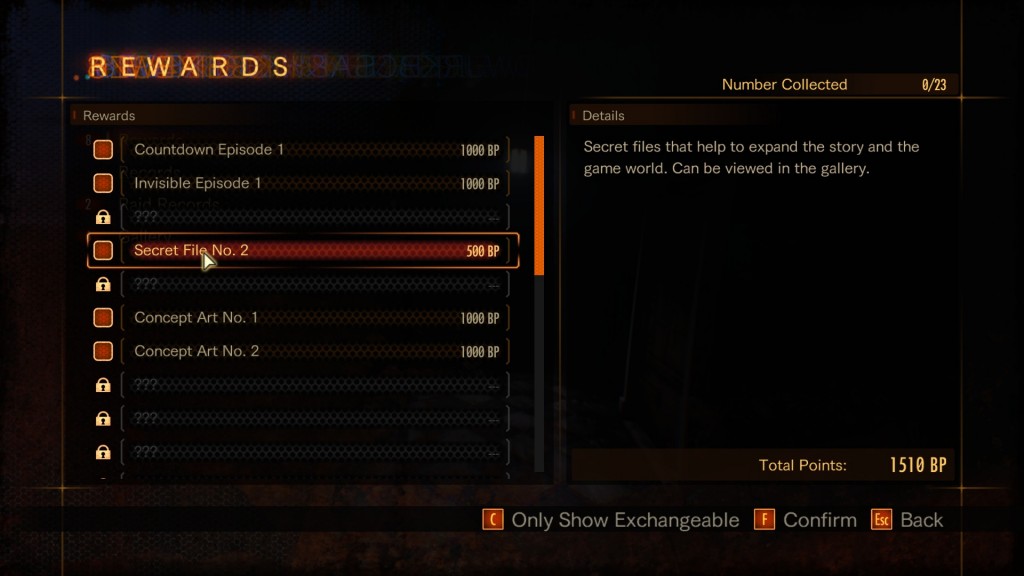 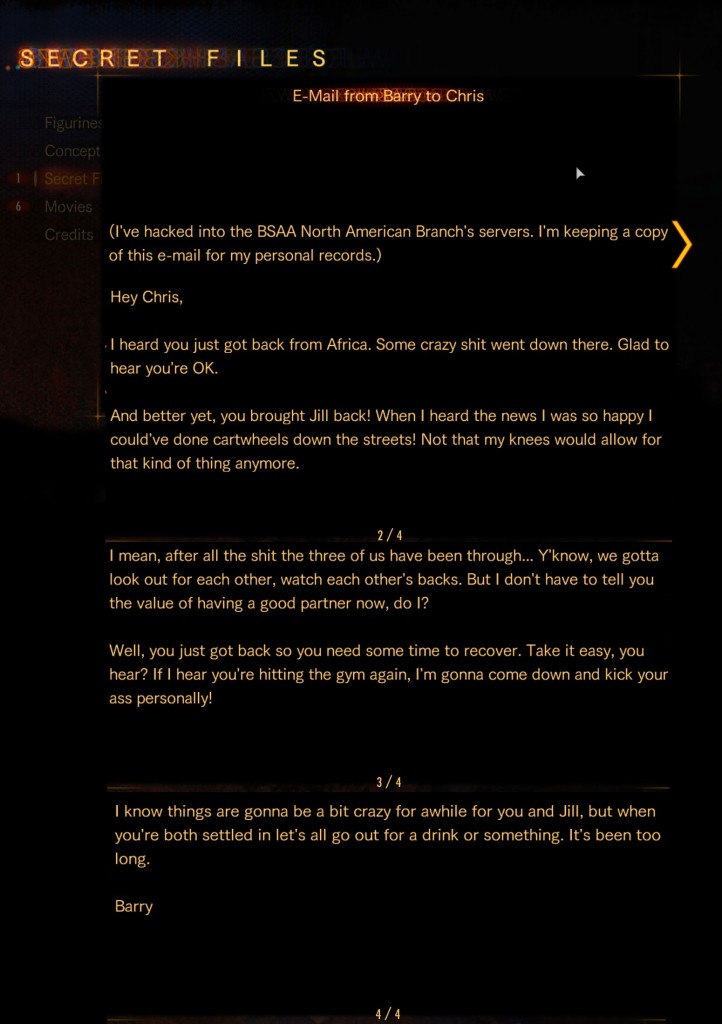