There are several types of collectibles in Resident Evil Revelations 2. In this guide, we’ll show you how to get one of them, the Insect Larvae. Found exclusively during Barry’s scenario, they can only be seen by Natalia. They appear as a faint red vapour – very hard to spot if you’re not actively looking for them. When you find them, you’re supposed to throw bricks at them. Since they are invisible (apart from the vapour), you might not hit them on your first try. Keep trying until the game shows you a popup, telling you you’ve collected the larva. When you’ve found all six of them, you’ll get the Buggin’ Out (Episode One) achievement, which unlocks the Secret File No.3. If you go to the rewards menu and buy the file for 500 BP, you’ll see it’s Stuart’s Memo – Chris Redfield.

When you enter the facility, after a bit of wandering about, you’ll end up in the room with the torturing device – the one where you found the missing cog with Claire and Moira. Leave that room, switch to Natalia if you haven’t already, and look to the left. The larva is on the right side of the wall. Take a brick and throw it at the red vapour cloud.If you find it hard to follow the screenshot guide you can also check out our video walkthrough bellow:

When you play as Natalia, you’ll sometimes see little, glowing footprints on the floor. While you’re still on the balcony of the detention area, follow the footprints to the right side and enter the last cell. Squeeze through the hole in the wall and jump down. You’ll be standing on a grate – the larva is right in front of you, but you have to go down another level in order to get a brick. Go back and throw the brick at the larva.

The next larva is located in the woods, right after you’ve taken the detour by the broken bridge. When you go through the door Natalia opens for Barry, pick up one of the bricks and go up the hill on your left. There is a collapsed tunnel entrance there. The larva is on the tree next to it. Hit it with the brick.

After you’ve left the thickest part of the forest, you’ll see a house on your right. The larva is on the closest wall, but you can only reach it from the inside. Switch to Natalia, go inside and throw a brick at the red cloud.

When you reach the lumber yard and turn on the generator, you’ll have to go and start up the crane. Once you get to the crane’s control panel, take a look to your right. There are four pillars in the foundation of the machine, and the larva is on one of them. Playing as Natalia, throw a brick at it.
When you finish the mission, you’ll get the chance to unlock the Secret File No.3 for 500BP from the rewards menu, which will grant you access to the secret file called “Stuart’s Memo – Chris Redfield.” 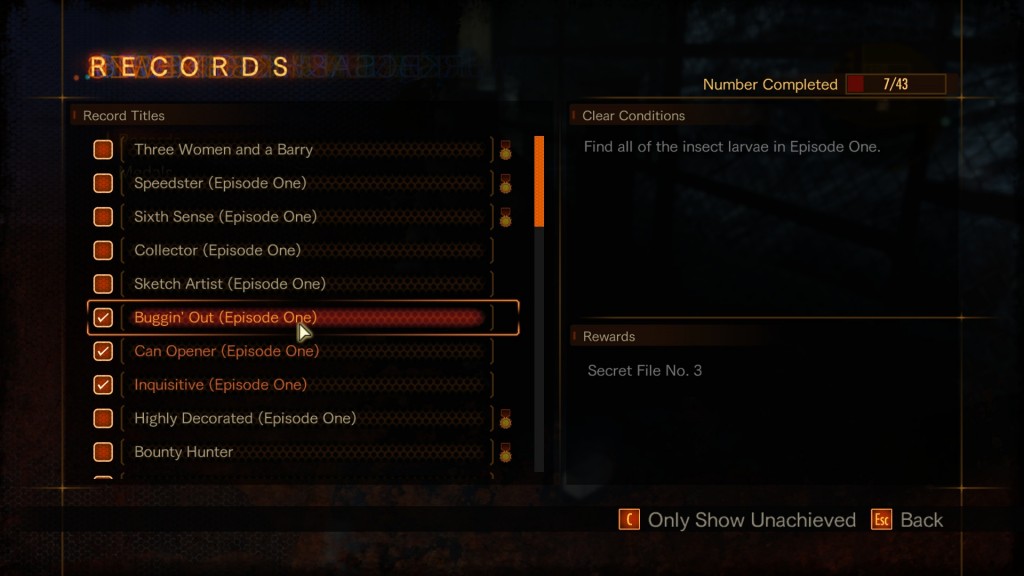 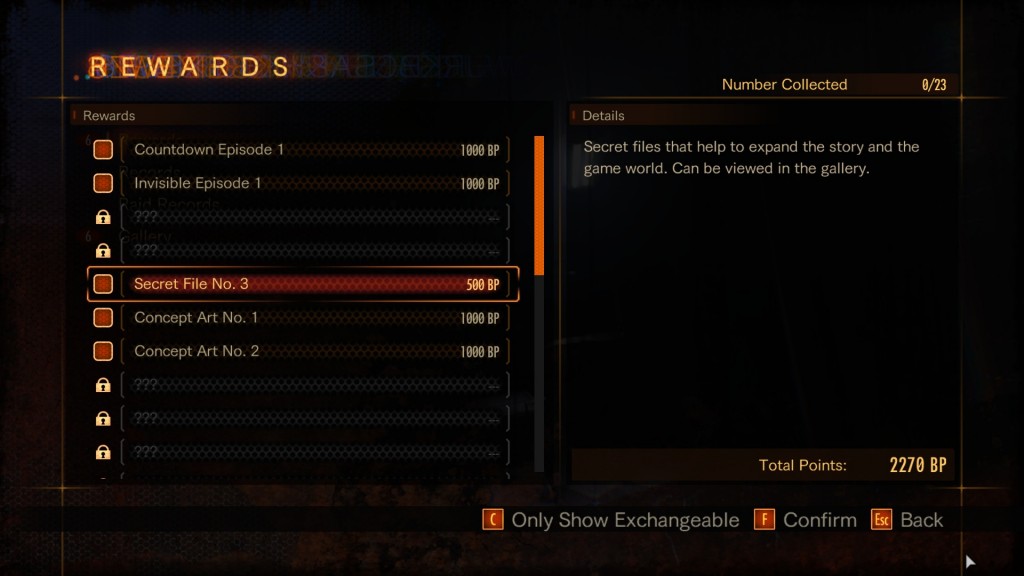 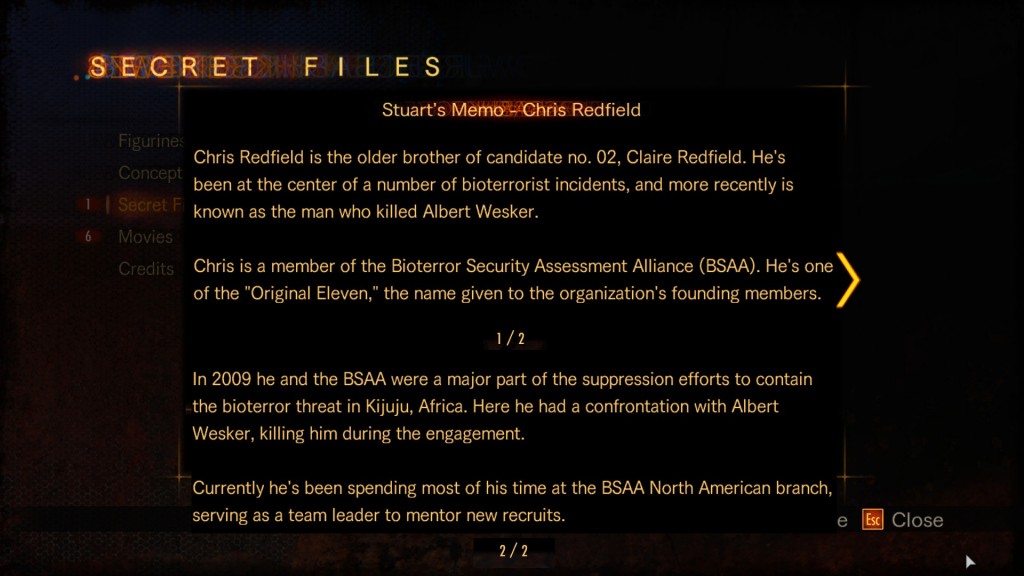