There are several locked boxes in Resident Evil Revelations 2 that can only be opened by certain characters, through the lockpicking mini-game. Moira can open the boxes in the first half, while Natalia can open the ones in the second half of the game. In this guide, we will show you how to find both of Natalia’s boxes, which will give you the Inquisitive (Episode One) achievement. Once you have it, you can use 1000 BP to purchase Concept Art No.2, which shows the development of Barry Burton. We’ve also written a guide for finding Moira’s Boxes.

Video walkthrough is available as well, but we recommend our screenshot guide for mobile users:

When you get to the detention area, climb up the stairs and go to the right. You’ll need the control room key to open the locked door. Once it’s open, the box will be in front of you, by the desk.
You can open the box by playing the lockpicking mini-game. Move the cursor around the grid until it’s yellow. Press the appropriate button, and watch it shrink. If it turns red, let go of the button and move the cursor a little. What you want is for the cursor to stay yellow until it disappears.

The second box is located outside, in the area after the penal colony. After you meet your first Revenant – the monster with the weak spot – you’ll enter a patch of thick forest. The box is in there, between the second and third light-post, a little before you leave towards the house. It’s right next to a tree. If you get confused, the minimap should help – look in the eastern part of the forest, near a boulder. If you see the house, that means you’ve missed it, so you’ll need to go back.
Once you’ve found them both, you’ll get the Inquisitive (Episode One) achievement, which will allow you to buy Barry Burton’s Concept Art. 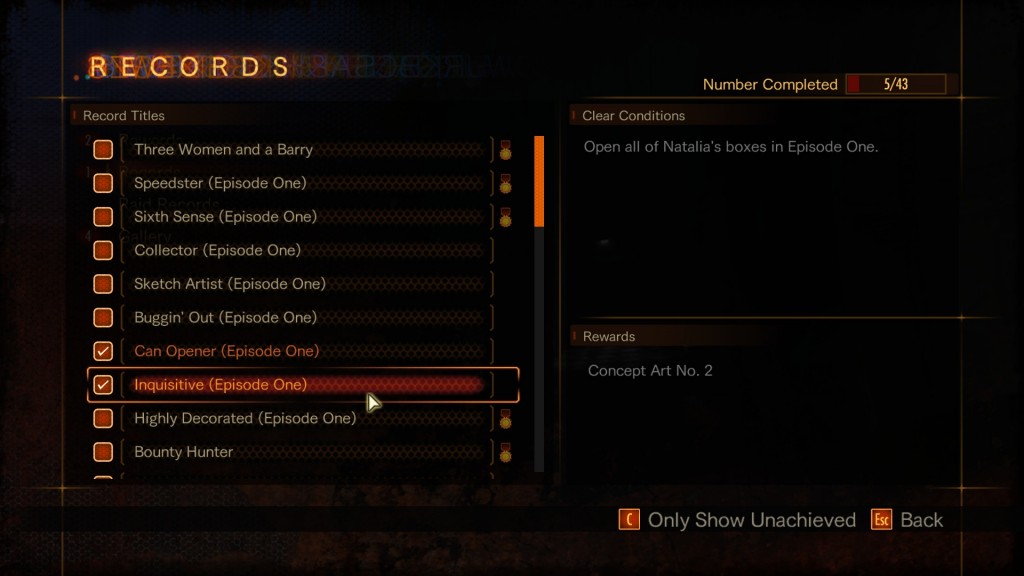 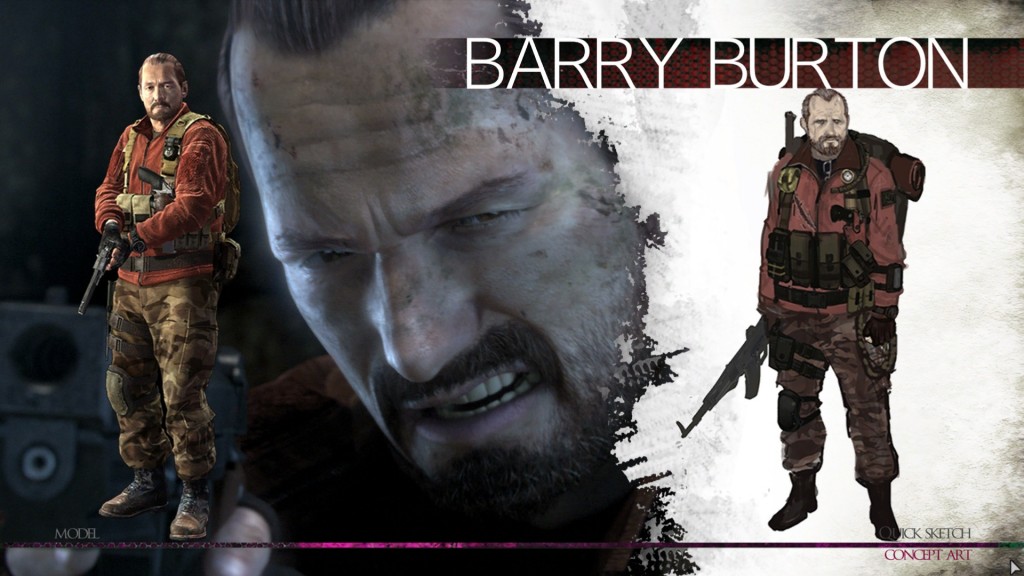