Journey (2012) is like recalling a beautiful dream. It brings back an emotion that is not very easy to explain. While the triple-A industry flourished and gave us action-packed shooters and complex open-world RPGs, Journey dazzled with its graceful visuals and overall simplicity. It represents a unique piece of visual storytelling. The delightful PlayStation-exclusive from Thatgamecompany has sent ripples across the gaming industry with its undeniably captivating ambience. ABZU has now hit the market and it can be described as a spiritual successor to Journey. It was, in fact, created by development studio Giant Squid, founded by Flower and Journey art director Matt Nava. 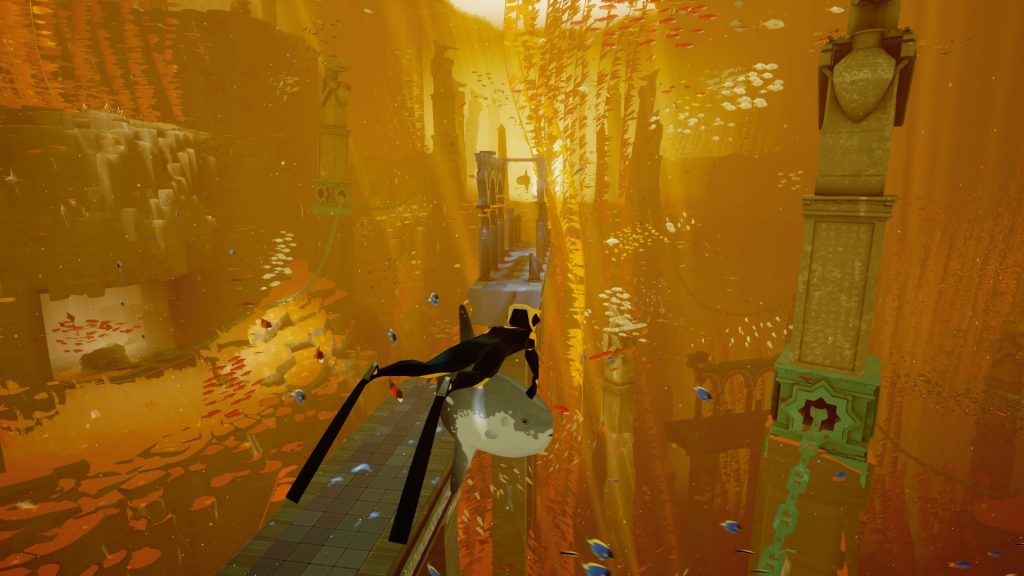 ABZU largely takes place beneath decaliters of crystal-clear sea water. In the beginning, newcomers may be a bit confused as to where they are and what they’re supposed to be doing, but during ABZU that’s exactly the point. You don’t get any fancy intros or explanations or convoluted plot points (or indeed plot points of any kind). There’s just you – an enthusiastic little deep-sea diver, and a vast unknown underwater world that’s waiting to be discovered.

Giant Squid did not veer too far from a familiar formula. You’ll find that this was a welcomed move – if you believe in the old ‘if it’s not broke, don’t fix it’ proverb. Still, if we’re talking about things that are potentially broken, for some reason, the controls felt kind of awkward at the beginning of the game. After practicing a few times and trying out different camera angles and character controls — that means switching between inverted and normal — I did eventually get the hang of it. Oddly, it seems like they could’ve been a bit more intuitive. Of course, I am an aging gamer, so it could be just me there. 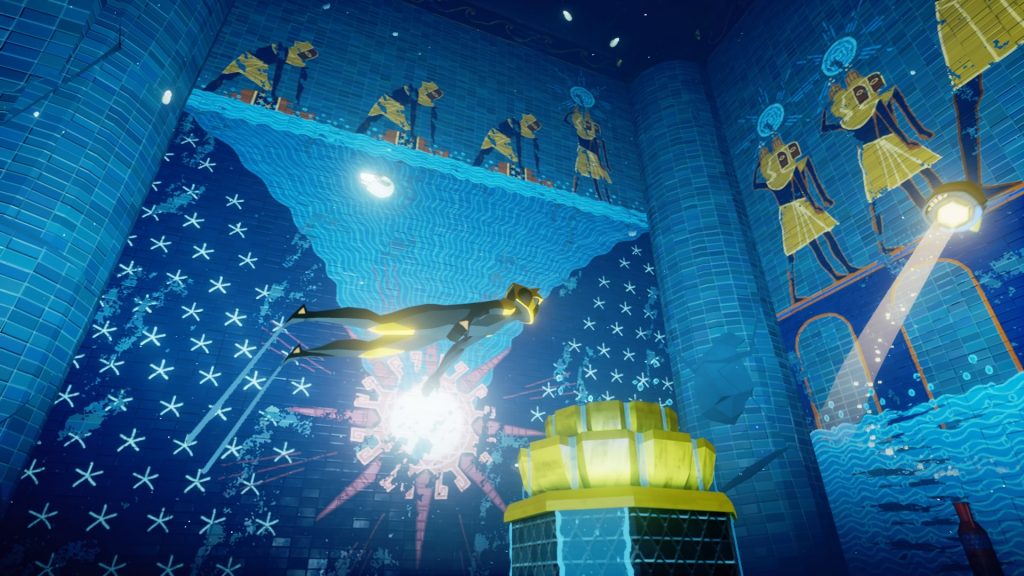 The main drive while you’re playing is exploration. I already hinted that if you’re looking for any complex puzzles or a storyline, ABZU may not be the right choice for you. It’s more about discovering all the secrets you can find at the bottom of a vast ocean that’s just teeming with life. Of course, there are dangers at certain segments in the game. But otherwise ABZU’s 3rd-person gameplay mechanics are quite basic and there really isn’t a lot that could get you into trouble as you dive deeper and deeper. This straightforwardness and flow show that the developers were very much loyal to the game’s two predecessors. So, yeah, in other words it feels exactly like a mish-mash of both Flower and Journey. 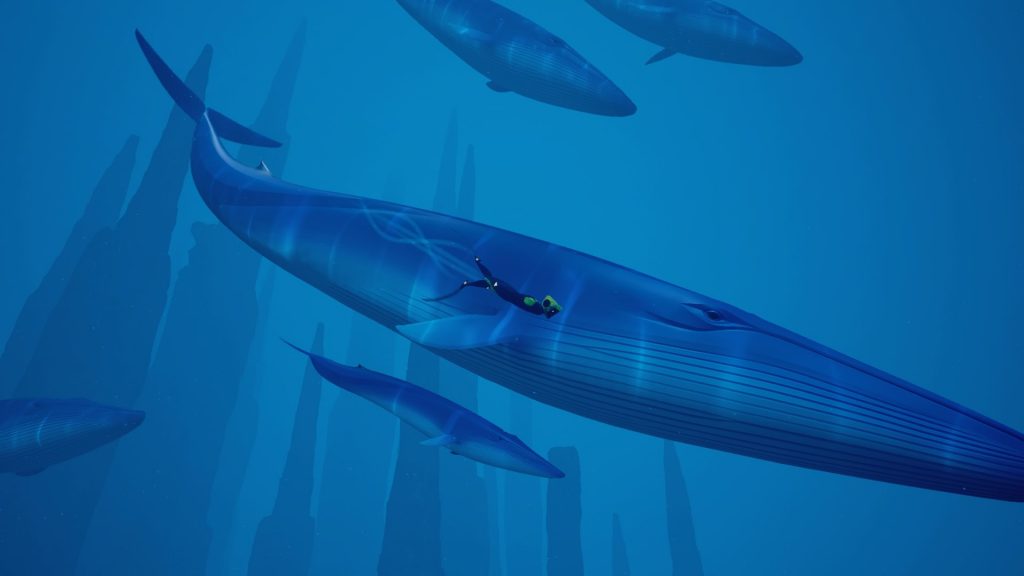 There are two ways you can approach ABZU: stopping to explore every single nook and cranny of the ocean bed or just go with the flow and pay attention to the visual aids that guide you all the way to the very end. Choosing the latter might disappoint you because it’s the quickest way to the game’s end credits. That’s right, ABZU is a strangely short experience. It seems kind of a surprise that after games like Journey the developers did not decide to extend the ride for just a bit longer. I guess they wanted to make a game that walks you through different types of fish – kind of like an interactive aquarium, therefore it’s meant to be a kind of leisure time for players. And that’s fine. Really. Rather than pressuring you into making decisions or solving riddles or fighting badass enemies, you are simply required to swim, watch, listen and relax. No joke; that’s practically all there is to it.

The game also seems to have a universal appeal. I’ve played it twice – once on my own and once with my 8-year-old daughter, who seems to have been enchanted with the colorful world of ABZU right from the moment she first set eyes on it. Hm, I know I may be repeating myself a lot here, but the game borrows heavily from Journey and in fact feels a lot like Journey’s distant underwater cousin. And yet they excluded the coop option, which was one of most appealing facets of games like Journey – getting into a mysterious world with a completely anonymous player and going towards your goal, helping each other etc. We missed stuff like that. It added to the profound experience. 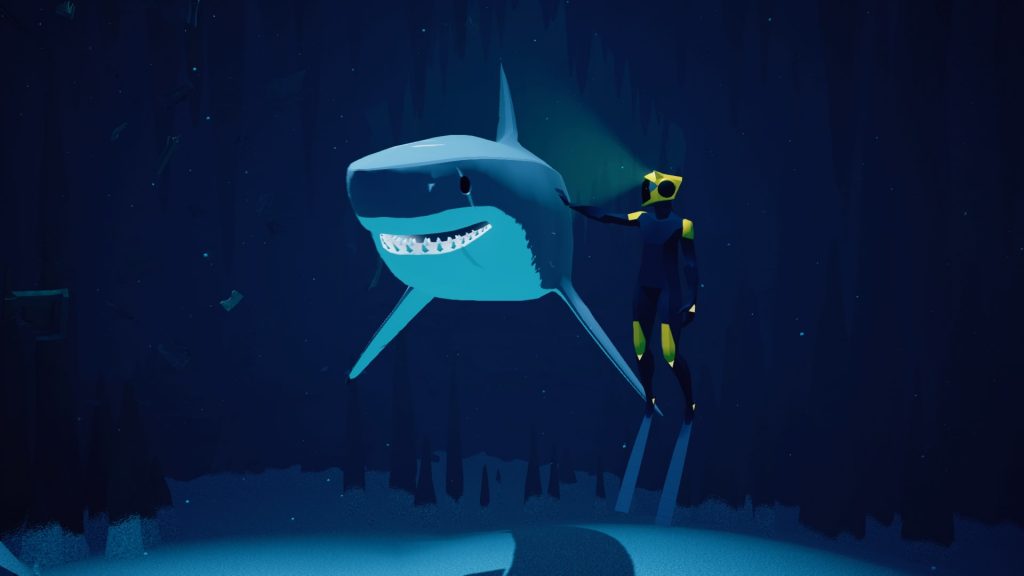 For its current price tag, I am guessing a majority of players will be slightly pissed off for not getting just a bit more content. On the other hand, it is unique. Art director Matt Nava gave this game his personal touch and you can spend hours gazing at the undersea wonders and listening to the delightful tones created by well-known video game composer Austin Wintory. There’s nothing out there quite like ABZU and for that alone I give it a thumbs up. You just have to decide if you think that 20 bucks is worth all that. The truth though is that if you’re looking for more substance, more meat, more gameplay, you end up feeling a bit frustrated.

PREVIOUS POSTHow to Get Atlas Pass | No Man’s Sky