Post-apocalyptic kung-fu fable, that’s how the developers described Biomutant after they announced it some three years ago. After seeing the concept art and the weird, comic book aesthetics of sentient, post-apocalyptic mutated animals, I had a faint hope that someone, finally, decided to make a big-budget gaming hommage to Tank Girl. But instead of drawing inspiration from one of the best (adult) British comic books of all time, devs went with the classic open-world game influenced by east-Asian culture. Did they want to be compared to Legend of Zelda instead of dancing in the arena with no real thematic competition? Sure, we are happy to oblige. 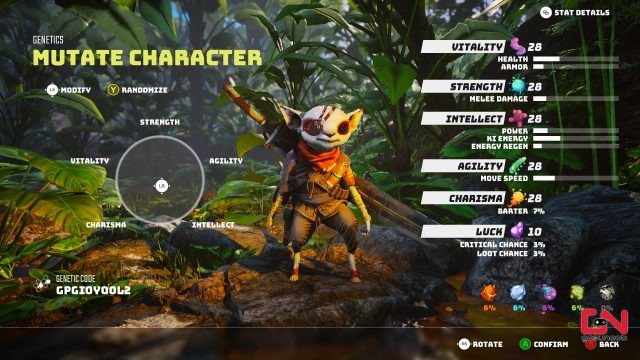 Biomutant is the third-person, open-world action RPG about the ecologically ruined world suffering the second mortal peril. The big old tree of life, which kickstarted the ecosystem and evolution after the environmental disaster caused by humans, is getting gnawed by four massive monsters. It’s up to you, mutated cat-like creature, to stop them and restore the balance on Earth. Or destroy everything, should you pick the dark path through the story. Presented like this, the setup seems pretty straightforward, but the reality is grim like the fable with a dark conclusion. The initial exposure vastly overstays its welcome, as the linear tutorial path lined with flashbacks drags on and on. Expect to start the game proper only after an hour or so, like in one of the ancient JRPG that was never intended for the western audience. You will learn about your childhood, your kung-fu master mother who taught you the moves, the neighbor who taught you to swim, the second neighbor from whom you learned to catch bugs with the net… Eventually, you will witness the destruction of your village and slowly begin to grasp the bearings of the adventure that awaits you. 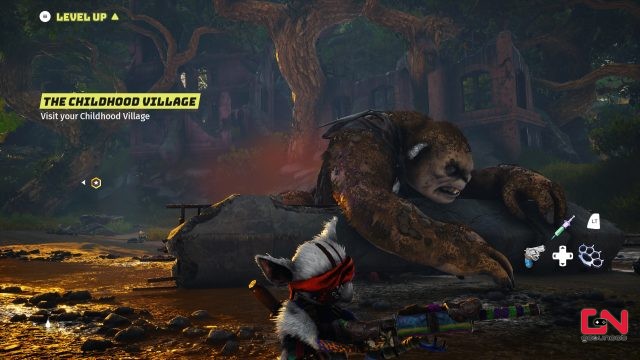 Expect a bit of exploration, lots of combat and looting, some crafting, and a massive amount of meaningless talking. Biomutant is cute but boring beyond belief, mainly because of infantile dialogue and non-stopping, irritating male narrator who is not Morgan Freeman or Patrick Stewart and is, therefore, grating. The game has a robust crafting mode supported by a simple resource mechanic and a grossly over-engineered combat system with no point. There are TONS of melee and ranged combos in this game – every class of weapon has its own set of moves, strikes, slashes, big and small attacks, and on top of that, there are Psi and biological powers to augment melee and ballistic attacks. I suppose that majority of the development time had been spent on the impossible task of balancing all of that out. 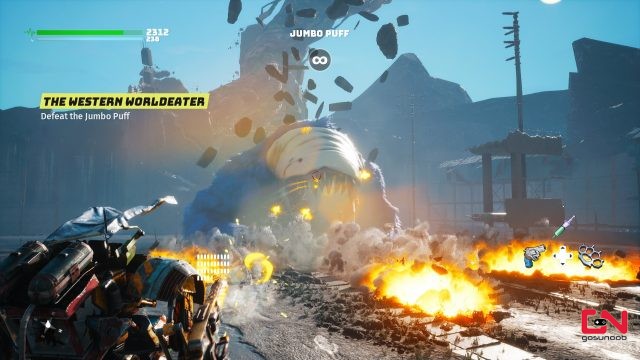 It was, unfortunately, super-futile. The entire game can be effortlessly completed on the normal difficulty level using only basic, default attacks. You can safely ignore all the different combos, which are unnecessary, even for the mini or bigger bosses. Its systems can easily be exploited too. I had played commando class who has some nice firearms bonuses, and at some point early on, I crafted a rapid-firing assault rifle equipped with the big magazine with auto-reload action on kill. After the initial experimentation with vitality stat, I began to invest all my leveling points on luck, raising the critical chance to ludicrous levels. I was then able to literary mow anything and everything, casually strafing and spewing bullets that crit most of the time – my fast-firing weapon got the disproportionate benefit from the massive luck, so most individual shots generated more damage per hit. It would have been nice that this experimentation was encouraged and necessary due to the challenges the player faces, but it is not. I didn’t bother with the melee weapons after the initial exploratory stint, but I reckon there are similar exploits there. Perhaps with fast, dual-wielding daggers? Someone other than me will have to answer that question. 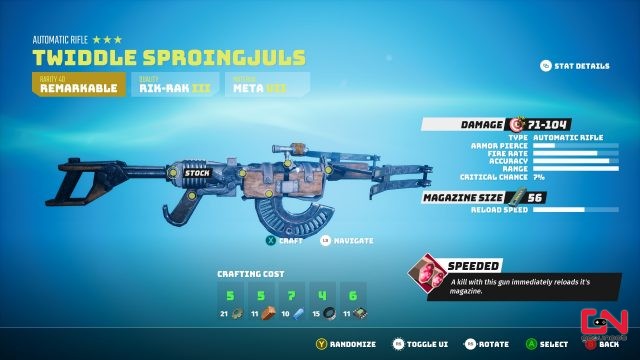 Biomutant sometimes feels like a proper time vampire, deliberately designed to suck the life out of you and your precious leisure hours. All the dialogues with NPCs take twice as much time as necessary – they casually blabber in their gibberish language, after which the narrator takes the same amount of time to narrate the translation in English. You are forced to listen to meaningless crap 50% of the time for absolutely no reason. Sure, you can always skip the sections of the dialogue, but that often leads to „overskipping“ the entire sentences and missing some crucial bit of information. 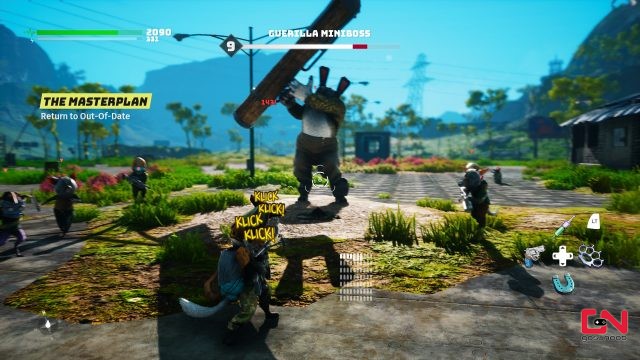 Yeah, „crucial“, just kidding. Most of the time, you’ll discuss the necessity of bringing Myknipatron to kill Buffo Blupp and reporting back to Zapterhoodle after the deed is done. The entire storyline feels like the work of Terry Pratchett plagiarist who turned to fentanyl abuse after being rejected by publishers one time too many. The designers probably wanted to emulate the ethereal weirdness of Legend of Zelda, but catastrophically misfired and ended up in the cringe country. If that narrator’s voice doesn’t draw you nuts after a while, you could probably laugh off an actual CIA waterboarding. There is also a karma feature i the game, which leads to a different ending, but since I lacked the willpower to play the game again, I cannot report on that in more detail. 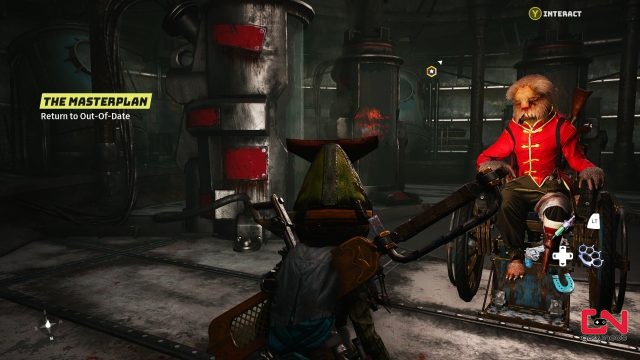 Biomutant is a spectacular AAA failure, the first of its kind in 2021. I suppose the game MIGHT leave a better impression on the less cynical reviewer than me, but it probably won’t.