Biomutant character creation is a multi-step process and the first thing for the new player is to choose the breed. Biomutant breed defines some initial aspects of the character and is combined with the character class later on in the character creation process. It is important because it locks in your genetics and therefore a certain look of your character. It also defines some starting statistics. Some breeds are better suited for ranged characters, while others will be better for those of you planning to play as a magic wielding critter. We’ll go through all the available Biomutant breeds and their strong and weak points. We’ll also try and help you decide which class they’re best paired with. With this we hope to help you choose the best breed for your class when creating a character in Biomutant. 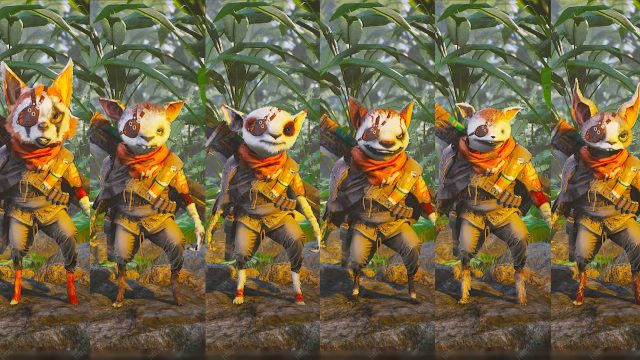 When you start a new game in Biomutant you’ll be taken to the character creation screen. The first thing you will have to decide is which breed to choose for your character? In Biomutant your character is part of the race of sentient furry animals akin to racoons or perhaps even hamsters. Biomutant breed defines some of the starting stats your character will have. Breed choice influences your characters’s health, armor, melee damage, power, ki energy, energy regen, move speed, vendor prices, critical chance or better loot chance. This choice goes along the line of familiar RPG archetypes.

You should choose your breed based on the type of character you plan on playing. If you’re planning on smashing heads with a two handed crush hammer for for a Dumdon. Fip is more suited for those that plan using more magic, because it affects the magic damage and the amount of mana (or ki energy as the game calls it) you will have.

Primal is a bit of an all-around breed in Biomutant. They do not excel in anything too much. Primal has a 4% critical chance instead of 3 and has a bit lower melee damage. They are the breed that you can choose if you still haven’t decided which gameplay style you’ll have later on. Because of its small increase in critical chance Primal might be a good pick for fast shooting rifle wielding character or someone planning on doing daggers or small swords and dual wielding fighters. This means that Dead-eye, Commando, Mercenary and Saboteur will benefit from this breed.This is what the game says about the Primal class. 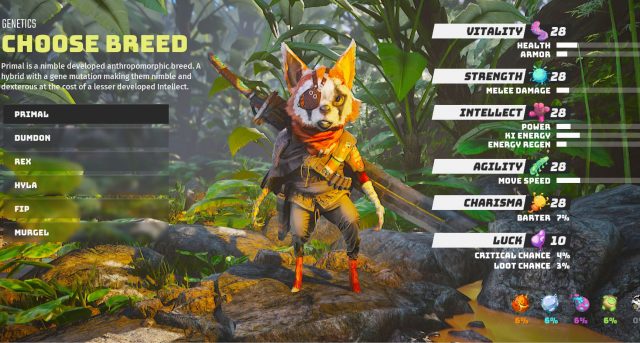 Primal is a nimble developed anthropomorphic breed. A hybrid with a gene mutation making them nimble and dexterous at the cost of a lesser developed intellect.

Choosing Dumdon breed in Biomutant will make you hit hard with your big crush or two handed weapon. It will also make you less inclined to pass intelligence checks in the game. If you are thinking dumdon then you are thinking Barbarian. You’ll probably choose one of the strength focused classes that do higher melee damage with heavier weapons and forget about magic and perhaps ranged combat. The game describes it as the least developed anthropomorphic breed. A hybrid off-shoot that compensate lack of mental prowess with physical strength. Dumdon is a good choice for Sentinel class. 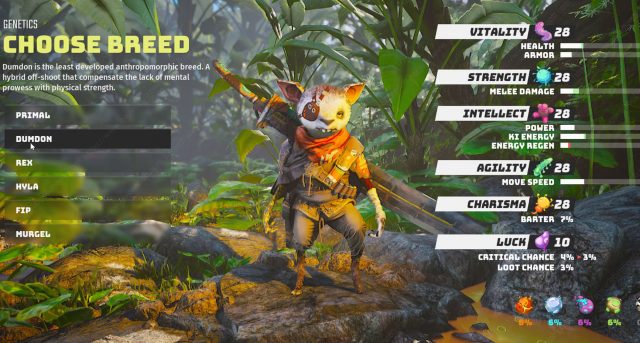 Rex is an extraordinarily developed anthropomorphic Biomutant breed. A hybrid outcast with an even DNA string making it apt for both physical and mental challenges. That’s how the game describes it. What this means is that you’ll have a bit more health and ki energy. You also get a very small bonus on power and energy regen, while your melee damage suffers. It is well suited for those that will dabble in many gameplay styles. You get somewhat better survivability and with increased energy it is a good choice for a Psi-freak not afraid to battle it out in melee and ranged. But, it is also well suited for any other class. 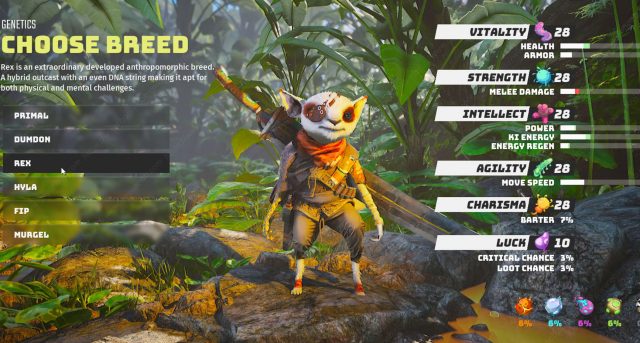 Biomutan Hyla breed has the highest health of all breeds. If you don’t like being a glass cannon and your playstyle involves taking a hit or two feel free to choose Hyla as your starting breed. This is another good Sentinel candidate, but it will do alright in other melee roles as well. This means you can feel free to play a Saboteur or Mercenary and perhaps Commando. The game describes it as a regenerative developed anthropomorphic breed. A hybrid with a gene mutation making them extremely tough and resistant. 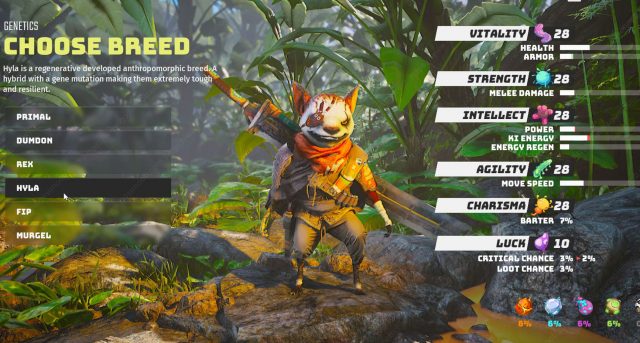 Fip breed is the choice of those that plan on playing a mage or Psi-Freak as it is called in Biomutant. It has the highest starting stats related to magic power, mana and energy regen. This means you will also have to farm light or dark points to unlock more powerful spells as early as possible in the game. The Fip breed is renowned for a highly evolved mind. Its genius is directly interlinked to the power of Ki which amplifies their Psionic output. 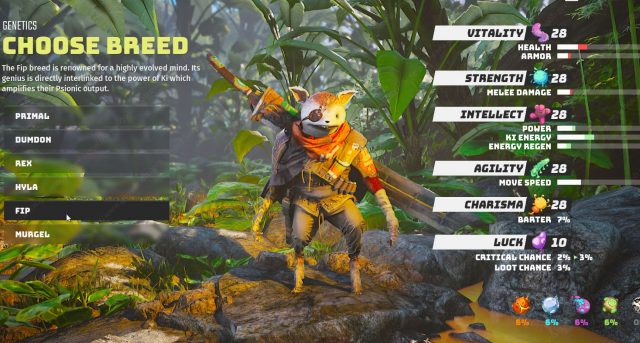 Last on the list of breeds you can choose from in Biomutant is called Murgel. They have no stat boosts among the core characteristics, but provide the best barter and loot chance bonus. If I was to compare them to standard RPG classes these would be bards. Barter and loot chance bonus will help have slightly better prices with vendors and get better loot drops. Even the game describes them as someone that is more about how they look than how well they perform in combat. Murgel is the definition of an idealized breed. Its evolutionary lineage has gone in a direction where form and appearance has dominated over function. 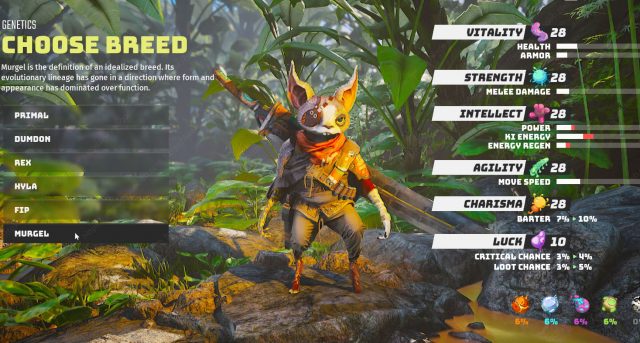 Which Breed to choose in Biomutant?

Our recommendation is to choose the breed of your character based on two factors and that’s looks and gameplay style you’re aiming for. Some breeds are ok with any class, but some are obviously specialized for a certain gameplay style. If you want to min-max things than choose based on the best match for the class you plan on playing. However you can feel free to choose based on the way a certain breed looks. The initial stat boost each breed provides can be easily made up for as you play the game through leveling up and gear. You can’t change a character’s look as easily though. You’ll don’t want to be stuck with a character that makes you cringe in every cutscene. In the end don’t fret too much about the breed choice. For harder difficulty you’ll have to maximize the efficiency though.

NEXT POSTBiomutant Review – Not an absolute disaster, but…