Some people’s idea for unwinding after a long day at work is a big chilled can of European beer. Others prefer badminton, Netflix binge, Pornhub browsing, or smoking while staring at the empty horizon. I used to enjoy most of that, but lately, I began embracing the philosophy of the great late Conan the Barbarian. What is best in life after the long commute and shower? To crush your enemies, see them driven before you, and to hear the lamentation of their women, of course! Apart from the lamentation, you get everything else and more in awesomely visceral, unashamedly muscular Chivalry II, the latest and greatest multiplayer slasher set in the fictional medieval era. 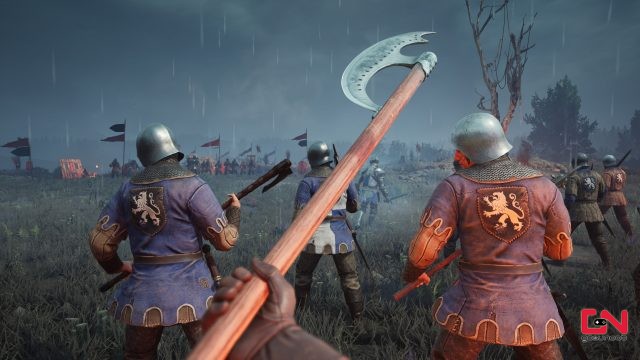 You also get a dedicated keybind for screaming your lungs out. I’ll never get tired of that, as most players haven’t still. Spamming C after respawning, running, and screaming towards the action has a refreshing, therapeutic effect for temporarily remedying all the wrongs in the world. AAAAARGH! It’s an emotional release you won’t get anywhere else, especially in depersonalized, cold, and distant world of ballistic multiplayer. When you kill someone in Warzone, it’s just business. Here, as cutting the head or arm off usually goes, it’s sweaty and personal, and loud GHGHHHAAAGH naturally complements it.

Original Chivalry was pretty solid and enjoyed a monopoly in the medieval slasher online multiplayer niche. Most competition, both the indie titles such as War of the Roses or big-budget behemoths like For Honor, slowly bled the player base and (mostly) died out. MORDHAU stole its thunder in recent years, offering precise, hard-core experience geared towards a serious audience. Chivalry II rode on the scene with a vengeance, offering a perfect mix of accessibility and attractiveness, and promptly regained the throne. 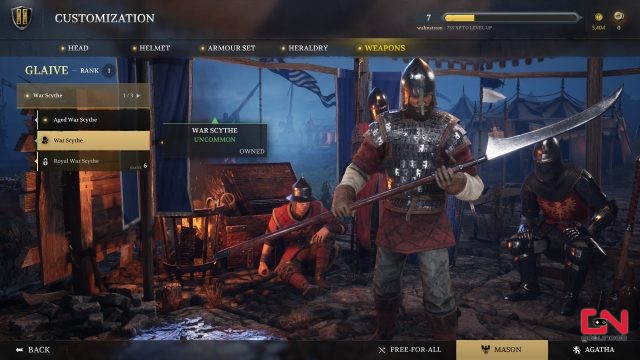 Chivalry II is a simple multiplayer game with two factions of medieval knights smashing each other heads out on the various multi or single-stage maps for 64 or 40 players. Anyone can bash the keys and have fun in Chivalry II, as even the most clutzy player will feel like he’s contributing something, if nothing else, then adding to loud cacophony and ruckus. Serious individuals are immediately noticed by their fancy unlockable armor sets, obtained after a long grind or purchased with a credit card (hey, spending real money is serious, whether you like it or not). Only the various cosmetics can be acquired with cash – the real „meat“ of the progress, unlockable sub-classes and their weapons must be obtained exclusively via playing. You can play with the fancy archer with all the glitzy heraldic, armor, and weapon skins from the start, but his more advanced cousin, the crossbowman, needs to be earned. 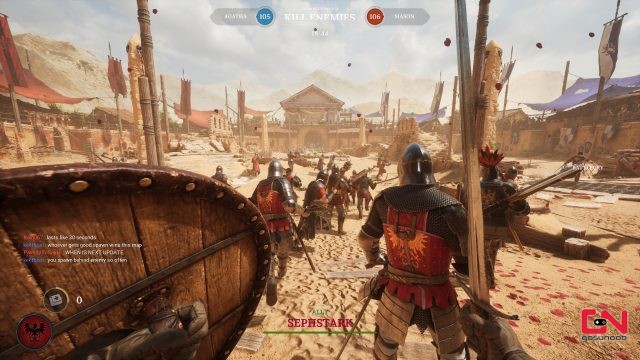 The most common match in Chivalry II is the Team Objective fight which looks and feels like a typical Breakthrough from Battlefield games. The attacking side pushes the objective while defenders try to prevent it from being pushed. Those objectives are not some abstract positional tug-of-war with flags, but the organic phases in various confrontational set-pieces such as castle siege, forest ambush, or assault on enemy village. There is, of course, classic Team Deathmatch without phases and even free for all mode where everyone is the target. 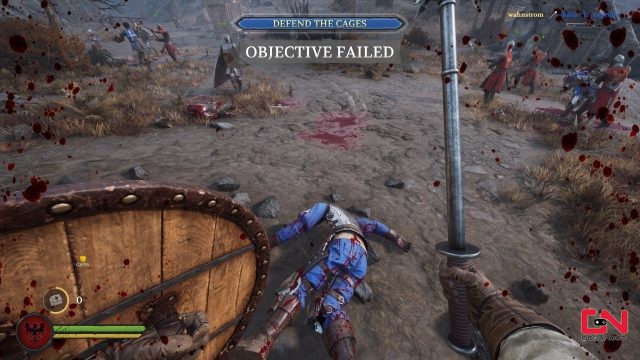 Like I said before, Chivalry II is simple. After a brief tutorial, you’ll know enough to get you started with the basic attacks, blocking, parrying, and dodging. Equipped with that knowledge, you will be perfectly able to best any other noob who recently got the game. Like most other players, you’ll soon realize that there is much to be gained in „vulturing“, attacking from behind enemy players already engaged in combat with someone else. Ser Bronn of the Blackwater also never fought with honor, and he eventually became the Lord of Highgarden, Lord Paramount of the Reach, Master of Coin.

Soon you’ll realize that even more success can be achieved in very, very careful timing of the attacks. Learning how to execute masterful riposte, block, and counterattack, cancel wound-up swings and even throw the weapon or shield in someone’s face at an opportune moment takes a lot of time but brings immense satisfaction. There is nothing better than slaying two or more foes, confidently rushing towards you, swinging wildly, opening their sides to your swift, dancing Danish ax. Toxic masculinity can be such fun in the company of consenting adults! 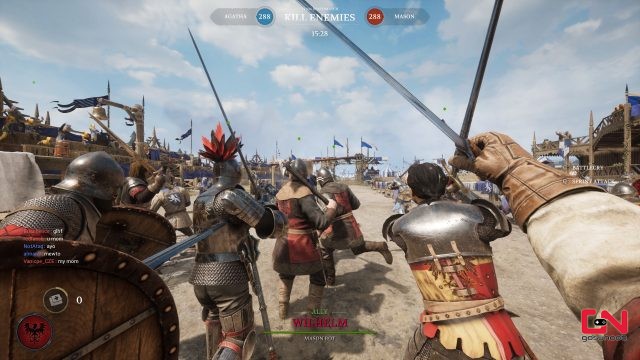 Some things are not ideal, though. There is a system in place for filling the matches with bots in order to speed up matchmaking. Those bots gradually get replaced as more real people get matched, but the initial influx of AI-driven combatants usually provides an advantage to the side which gets less of them. Bots are easily killed, and each slain bot counts as human in the match tally, which can be devastating in the Team Deathmatch mode. In the multi-stage modes, bots can be swiftly overwhelmed, and your defending team might easily get pushed towards a quick loss. This bot problem is not really a problem if you use a server browser instead of auto-matchmaking or play the game any other time than workday morning. I suppose this would be a non-issue if the game were published on Steam as well as Epic store. Epic exclusivity sucked before, it still sucks, and it will continue to suck, no two ways about that. 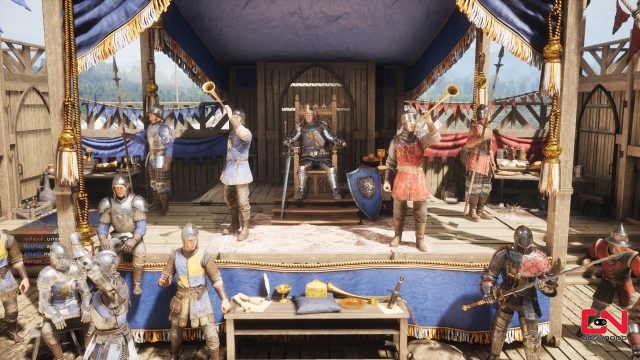 Shields will be splintered, limbs will be severed, the fun will be had. Chivalry II is the perfect summer game – it doesn’t try to kickstart your higher brain functions, it just triggers the adrenaline and secretion of various pleasure hormones. You can start thinking again in September, but in the meantime, AAAARGH!