The best thing I can say about Forspoken is that it isn’t nearly as bad as I thought it will be. After trying that half-assed demo I genuinely expected it to be a complete disaster. It ended up being just mediocre. Would you pay seventy bucks for a game that’s merely meh? Or, for some unknown reason, ten bucks more for a PC version? Maybe if it offered some unique or unusual feature? Well, it kinda has it.

Forspoken is a female-centric open-world action RPG. It has a female protagonist, key NPCs are also female, and the pantheon of baddies are, you guessed it, female. It all makes sense in a broader context of the fantasy world depicted in the game. The game doesn’t try to preach anything, and no sort of agenda is forced through our throats. The setup seems organic enough to feel smooth, which is always a good thing.

… and That How I Ended Up in Wonderland 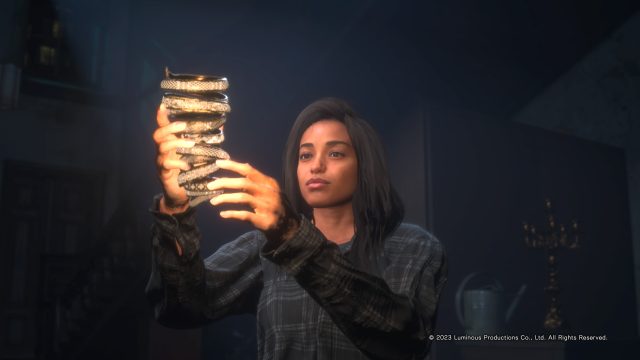 Forspoken begins with a trial for larceny. Orphan, misfit, and a petty criminal, young Frey Holland never really fitted in modern New York. Let off the hook one last time by a sympathetic (female) judge, Frey nevertheless got in trouble with a local gang, who set her apartment on fire. Now broke and homeless, she contemplated suicide on top of a Holland tunnel where somebody left her as an infant. Instead of taking a plunge into traffic, Frey got distracted by a golden bird which led her to the enchanted bracelet. A couple of WTFs and OMGs later, a portal opened and our heroine got teleported into the magical realm of Athia. Yeah, the story is not so great.

Turns out Athia is under siege by the airborne miasma/plague called the Break. It mutates people and animals into monsters, corrupting everything in its path. The last bastion of normalcy is the city of Cipal, where Frey will meet some whiny and spoiled NPCs who she’ll try to save. For the next sixteen or so hours, Frey will engage in a fairly linear campaign to eliminate corrupted Tantas, once great but now insane super-matriarchs. Tantas ruled the four regions of Athia, and their fall from grace coincided with the (out)Break. Off with their heads, or is it not that simple? 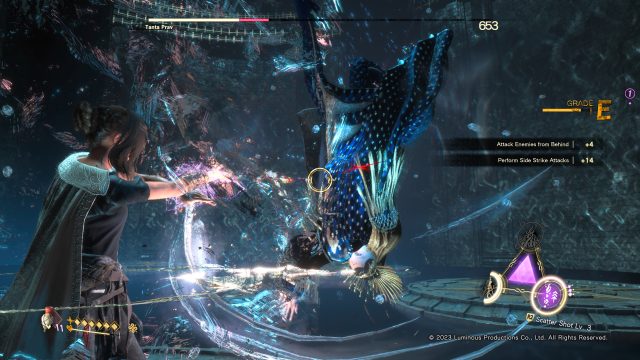 Once a nimble but helpless girl from Hell’s Kitchen, Frey now wields destructive power thanks to her magical cuff. Or rather, a spirit trapped in it. Apart from the (initial) variety of attacks and passive buffs such as running and climbing speed, the cuff serves as a guide and a conversation partner. Contrary to badly characterized, overly emotional NPCs from Cinto, her sentient bracelet actually shines while role-playing a real person. There are a few major surprises and twists related to ol’Cuff along the way, but let’s not spoil the fun.

Outside of the city, Athia is a wild and rather big place. Before unlocking the fast-travel feature, you’ll learn to rely on your legs. The essence of the movement in the game is the Magical parkour, a power-assisted movement that enables Frey to run at superhuman speed and jump/climb over massive obstacles. Killing Tantas unlocks their magical schools and several other traversal aids, such as a throwable zipline that has a Daredevil vibe. You will also learn to walk on water, but this one comes too late to be really useful. 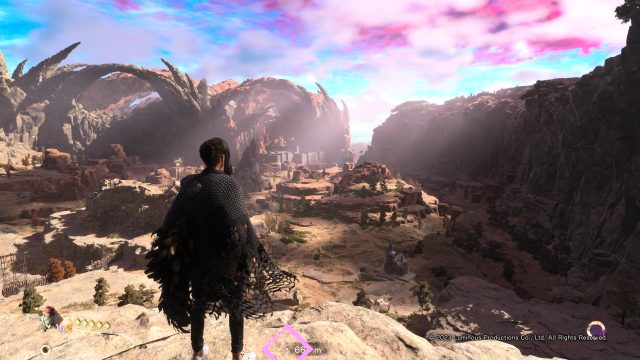 The landscape is dotted with things to do and mobs to fight, but it isn’t nearly as stuffed as the typical Ubisoft sandbox. The path through the game is mostly linear, so the open world serves as a grinding playground, existing only to help you hone your skills for the big fights. There are also bits of lore scattered around, but the generally low quality of storytelling is the most apparent there. Athia is as generic as it gets regarding the mythical, otherwordly kingdoms. The only worse place in that regard was hapless Amalur, from Kingdoms of Amalur. That was a doozy for sure.

There are four magical schools in the game, which translates into four unique combat techniques. They offer different basic and special attacks, each with three power levels. Overall, that makes almost a hundred possible casts or swings. Three schools offer mostly ranged attacks, but one enables you to deal mixed magical/melee damage. Still, your avoidance is based on dodges and (difficult) counters, so staying well away from most mobs is advised. Mobs are nothing special, both in a visual and behavioral sense, but mowing them in bulk still feels OK. Fights with Tantas are much more nuanced and multi-phased, but not very challenging. On the mid-difficulty level, the game rarely requires any serious effort, so I’m suggesting setting the highest notch. 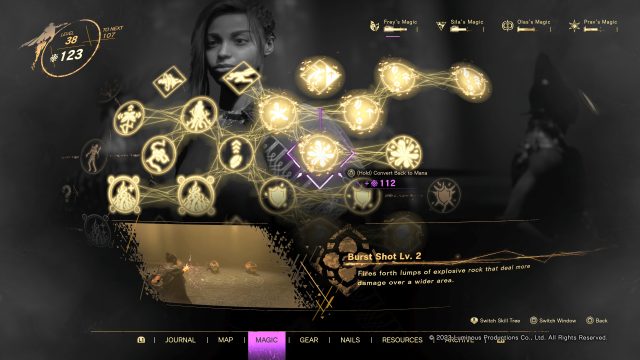 It’s evident that Square Enix, at some point in time, had big ambitions for Forspoken. It’s not clear what exactly went wrong during the development, but the game feels like it was meant to be something grander than this. The best evidence of troubled development is a loooong series of flashback sequences near the end of the story. Devs used an unbelievably lazy shortcut to answer every question and fill every gap you encountered up to this point. It feels so off compared to the rest of the game, almost as if they decided to put it there at the last minute. It reeks of artistic desperation, no other way about it.

Square Enix’s recent history is full of questionable business decisions, frequent cancellations, and general illogicality. Like a groggy boxer trying to find his feet, Square Enix stumbles and swings wildly. Forspoken is a poster child for that weird business acumen and it most definitely won’t help in improving their corporate fortunes. Like young Frey Holland, perhaps they should take a step back and try to figure out who they really are and what are they doing.