Five years ago, the prospect of porting major PlayStation exclusives on PC would seem implausible or even insane. It used to be that no dynasty worth its salt shared its crown jewels with the world. That is unless they got pillaged by armed revolutionaries who set the royal palace on fire. But capitalism is famously unpredictable – occasionally, rules get twirled, and the underdogs gain the upper hand.

In this case, Xbox is an underdog. During the better part of the last decade, they unsuccessfully chased after PlayStation. Sony had better exclusives and a more consistent marketing strategy from the start, so Microsoft had to radicalize the approach. They fused the Xbox and PC gaming spaces, harnessing the Windows dominance they long have ignored. After introducing their unbeatable Game Pass to the world, the fiery ring around the PlayStation tower was complete.

Sony responded to the siege in the only way it could, by “democratizing under duress “like, say, Czechoslovakia in 1991. They lowered the portcullis and shared Horizon Zero Dawn and Days Gone, but only now, with the PC version of God of War, we can say that they are genuinely committed to the new way of doing business. 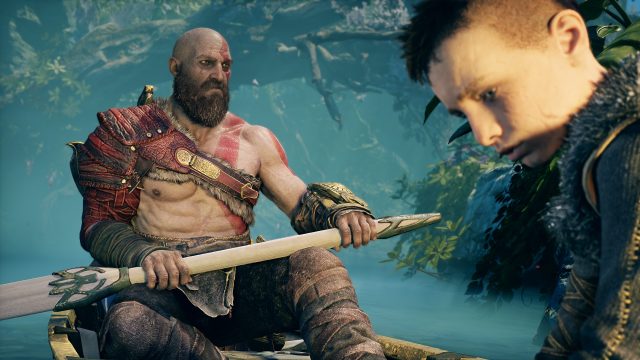 God of War is not just any jewel in the PlayStation treasury – It’s whats St Edward’s Sapphire is to the British Imperial State Crown. So, naturally, everything had to be perfect for the debut outside the home ecosystem. Compared to the relatively poor optimization of Horizon Zero Dawn, God of War (PC) offers a polished, bug-free experience, at least on the Intel+Nvidia combo I had tested it on. I’m using a pretty weird mix of ancient Intel Core i7-4790K CPU (with 16 GB DDR-3 RAM) and brand new GeForce RTX 3080 GPU, but I was able to max everything up at 1440p. The game seamlessly delivers in every technical department, from DLSS to DualSense, so to speak. Everything is smooth in the control department too. No matter which control scheme you plan to use, keyboard+mouse combo, DualSense, DualShock of Xbox controller, you can expect it to work flawlessly.

The best-looking console version of God of War is the one optimized for PlayStation 5, which enables visual quality we had on PS4 Pro, but in 60 fps. God of War on PC has the potential to outshine all that massively. It has unlocked frame rates, offers native 4K, and even supports ultra wide-screen monitors (21:9), higher resolution shadows, improved screen-space reflections, GTAO and SSDO, Nvidia DLSS, and Reflex Low Latency tech. If you have powerful hardware, you can reach unbelievable heights of visual fidelity. 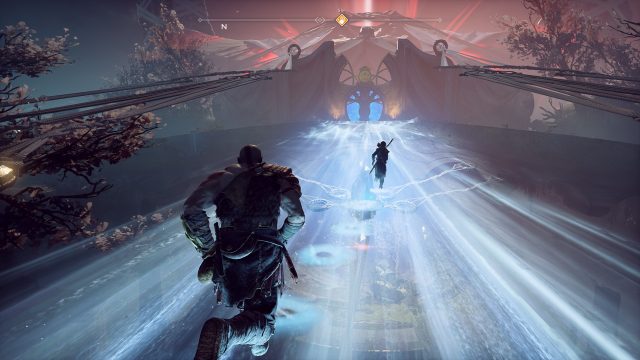 So, how does the console game from 2018 feels four years later on PC, gameplay-wise? I would say that it still radiates pure awesomeness like the day it came out on PS4. Evergreen is evergreen. God of War is masterfully dealing with several difficult subject matters at once. The cruel fantasy backdrop is just a framework for exploring the concepts of parenthood, loss, and grief, using the harsh, no-nonsense tone that feels like… life, I guess.

The story of Kratos and his son Atreus, trekking the wild Norse wasteland and trying to reach the highest peak in all the realms to scatter their wife and mother’s ashes is, sometimes, a gut-wrenching one. I can’t remember the modern game that dealt with the real feelings with the rugged elegance of God of War. And please don’t compare its intensity with Life is Strange or similar Millenial teenage melodrama. Their leagues and tones are entirely different.

This was my third playthrough through God of War, and even now, I had managed to find stuff I had missed previously. I had a much easier time with Valkyries, probably because of different playing posture. Instead of slithering over the couch like a human-sized sandworm, I had played in front of my PC, in an office chair, focused and much more alert. I had breezed through most of the puzzles, and offensive combos still haven’t faded from the muscle memory.

The end of the world is nigh 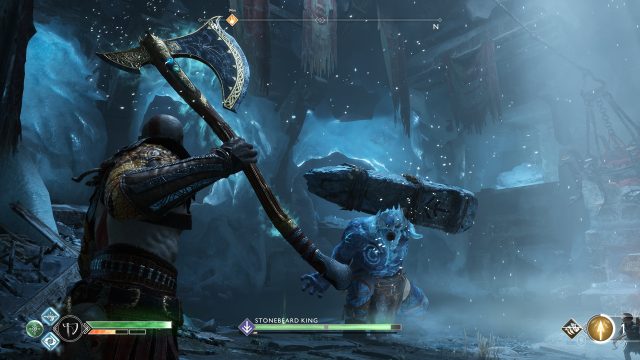 God of War on PC is a pure win. I honestly envy the people who are about to experience it for the first time. It’s much more mature and better in every aspect than previous entries of this blockbuster franchise. It doesn’t need watching an hour-long refresher on Youtube like Halo: Infinite. You will divulge everything you need to know about old Kratos by playing this one. That’s the difference between expert storytelling and sci-fi telenovelizing. Yes, Halo, I’m still looking at you. If you are up for more info about the original game, you can peek at our initial review from back in a day.

The bad thing for the PC audience will be the inevitable, unsatiable starvation for more Kratos. God of War Ragnarök, which is due in 2022, will be PS4/5 exclusive unless Sony conjures some (unlikely) last-minute surprise. As it stands, they are not ready to pull full Xbox just yet and offer their prime exclusives on PC and PlayStation on day one. Is this approach sustainable in the long run? If I had that answer, I would probably work as an industry consultant, earning seven figures and drinking Daiquiris with naked supermodels.

NEXT POSTWindtrace Event Genshin Impact 2.4, How to Play Windtrace With Friends