How do you follow up on the almost-perfect game? God of War (2018) is a timeless masterpiece that won multiple GOTY awards; It moved mountains, redefined the whole series and our expectations of blockbuster action games. It was a hyper-violent game with a human face, with unforgettable dad-son dynamics that became a subcultural phenomenon. It spawned, among other things, a whole new generation of memes. Boy, it was really something.

Some developers, lesser in ambition than Santa Monica Studio, would stick to the old “bigger, better, stronger” mantra in sculpting the sequel. They would hire more people, spend more money on everything and overpower you with content. Like Ubisoft usually does. But God of War: Ragnarok doesn’t expand in a flat plane only. It grows exponentially in all directions, like a supernova of good ideas. It improves upon most things, but most importantly, it delves much deeper inside its heroes and villains. Like a good novel, it vivisects the motivations and fears of key people, exploring previously uncharted depths.

Götterdämmerung Around the Corner 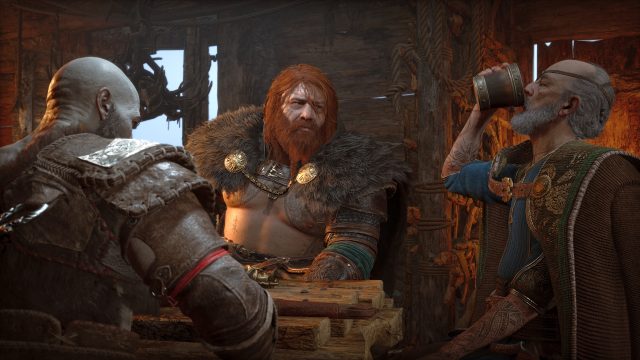 God of War: Ragnarok ties directly to the previous game’s finale. Killing Baldur, son of Freya, kickstarted the events leading up to Ragnarok, the end of all things. Kratos-Atreus relation is still the focal point of the narrative, but now, it evolves in the direction dreaded by every parent under the sun. Dealing with an adolescent searching for his own voice is traumatic even in normal circumstances, but with the prophetic end of the world thrown into the mix, it becomes profoundly difficult. For a stoic, proverbial hammer of a man like Kratos, every problem is a nail to be nailed down. His will be tested to its limits, not only due to unruly progeny but because of various other actors in the Ragnarok arena.

Many works of art had painted the Norse gods in an unflattering light, but God of War dials the ugly anthropomorphization to eleven. Odin, Thor, Heimdall, and others, mentioned in the God of War but never shown on screen, now step-up front and center. Almost omnipotent, they nevertheless display very human traits. While those traits are predominantly bad, proving the fact that absolute power corrupts absolutely, their motivations are so expertly flashed-out that you’ll at least understand why they are such assholes. Reluctant to wage a direct war against them, Kratos will try his best to avert the catastrophe.

Improved and Much More Dynamic Combat 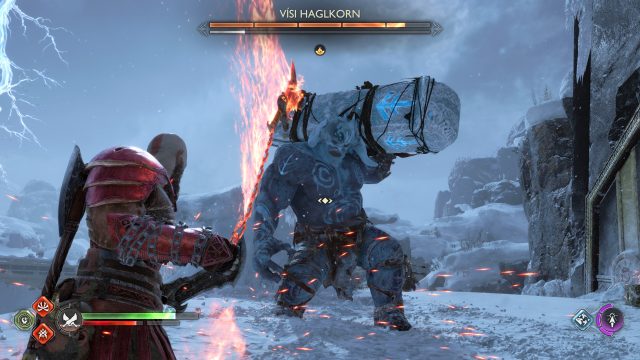 The core of the God of War experience remains unchanged. The game offers a richly produced mix of action and narrative, full of optional content, clever distractions, and lore. It will last you north of forty hours if you wish to experience everything. Combat is improved in several aspects, mostly due to the introduction of plenty of new combos and one significant new weapon. You have the Leviathan axe and Blades of Chaos by default, but at some point later in the game, you will acquire a spear.

Having Blades of Chaos from the start enables more dynamic combat. Apart from the ability to rapidly close the distance to most enemies and more efficiently crowd control bigger groups, blades enable vertical traversal in specific spots. Getting on top of the mobs and launching a brand-new attack from above feels great. Spear, on the other hand, provides a more robust ranged option for Kratos. Launching insta-replicating spears and remotely triggering their explosion is almost overpowered but crucial in some late-game boss fights. 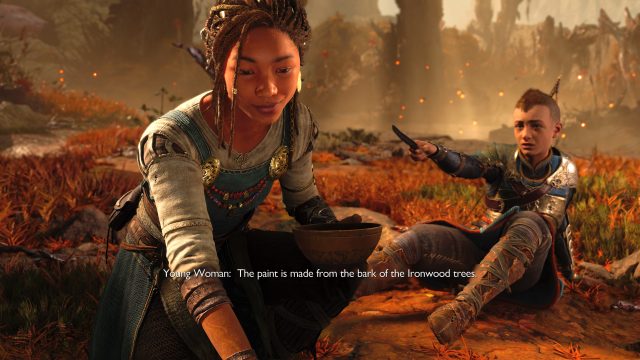 You won’t play exclusively as Kratos this time around. Some significant story bits are reserved for Atreus, or Loki, as he calls himself nowadays. The youngster is a deadly archer and ever-deadlier melee fighter, more than capable of holding his own in every situation. His sections further deepen the Giants lore and the prophecy of Ragnarok, also revealing the bits and pieces of his hidden history. Some of the stuff he discovers will trigger the rebellious streak, putting him on a confrontational course with his father. Hitting puberty on the eve of the apocalypse can’t be easy. During the Atreus/Loki’s absence, Freya will accompany Kratos. Combat-wise, she’s almost a carbon copy of Atreus, requiring no adaptation during combat sequences. Her reconciliation with Kratos will gradually happen as they bond over the shared experience with the mutual enemy.

The amount of mission banter is absolutely staggering this time around. In God of War, it (properly) started only after freeing Mimir; In Ragnarok, Mimir is with you from the beginning, so the conversation flows from the outset. Shooting the shit, discussing lore, parenting, or prophecies, his input will always be valuable, if for nothing else, then as comic relief. Generally speaking, there’s a boatload more narrative in Ragnarok compared to the previous game. In fact, I think that developers overdid it in some places, filling the game with too much emotion, drama, and history. 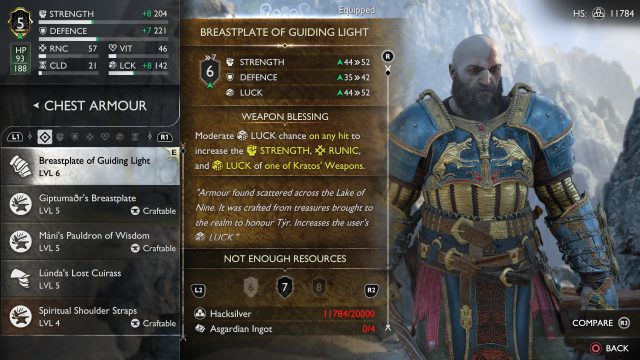 God of War: Ragnarok is a technical powerhouse, but I can’t stop thinking that the development of the PlayStation 4 version prevented it from being a truly next-gen game. Most realms now have an open or semi-open zone, but the core levels are still masterfully constructed funnels. I’m not advocating for an open-world game as it would mean compromise with the tight narrative, but some “broadening” couldn’t hurt.

My next gripe is a needlessly bloated equipment system. Upgrading weapons, gear, attachments, and amulets for Kratos and Atreus suffers from a cumbersome interface. You can easily overlook some significant stuff, missing out on important stat increases. Players fond of min-maxing will like the complexity and options offered here. Fiddling with stats will also benefit players playing on the hardest difficulty or tackling end-game challenges. Casuals, on the other hand, could massively profit from some auto-upgrade option.

As sequels go, this one is (almost) everything one can hope for. God of War: Ragnarok is a fantastic game, but it falls a bit short of the generation-defining experience its predecessor was. It has everything except that tiny bit of ZBRANG that separates awesome from sublime.

NEXT POSTHow to Upgrade Armor & Weapons God of War Ragnarok