Sophisticated, slow-to-build horror that avoids cheap jumpscares is the hardest to pull off. Too many movies, TV shows, and even novels arent even attempting to be smoothly macabre, relying instead on brute-forcing the primal, in-your face-scares. Creating intense but not memorable dread is derogatory to the true horror devotee, many who would rather opt for dancing stomach butterflies instead of the basic shit in the pants. In 2017, Little Nightmares had set the new standard for the terrifying, methodical horror, expertly creating the atmosphere of slow-burn dread. Its sequel is even better in that regard, benefitting from the larger budget clearly visible in the meticulously sculpted set pieces and gorgeous environments. Little Nightmares II is the game that should be turned into a metabolic booster and intravenously administered to every aspiring developer of horror games wishing to take his craft to the next level. Its atmospheric essence is just that good! 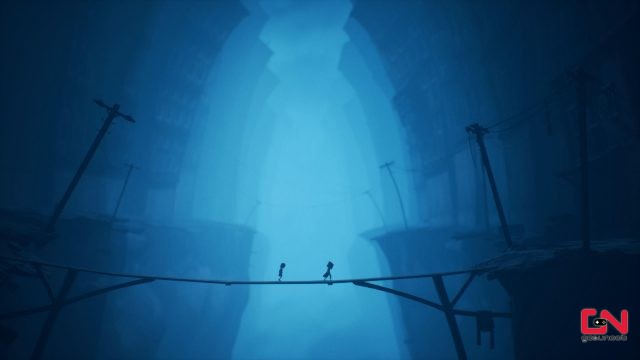 As a counterpoint to that, game controls are frustrating to a significant extent, partly due to the necessity to make the game more challenging. It created a mixed bag of massive pros and impossibly-to-ignore cons that prevents it from becoming a true classic. But the upward trend is evident, and we are sure that third time would be an unquestionable charm. But let’s not jump to the verdict just yet.

Little Nightmares II stars young boy Mano, a bare-footed child trying to survive in the terrifying, broken world full of crazed adults, menacing locales, and magically twisted monsters. Like the original LN, the sequel is 2,5D action game with puzzle and platforming elements, but designers added several combat pieces to ward off the feeling of total helplessness. For most of the game, Mano has a company of little girl named Six who acted as a protagonist in the previous game. Six works like a sidekick that helps you solve environmental puzzles, occasionally providing hints regarding the next steps you both must take. 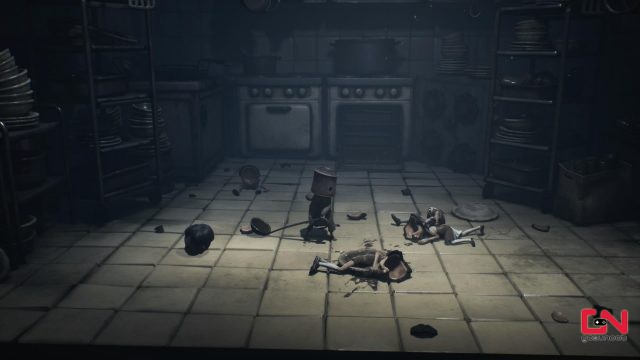 Your overall objective is to survive by going right, solving puzzles, avoiding, and sometimes confronting mortal danger. Through carefully crafted environments, the game creates the illusion of true multidimensionality, but the Z-axis is mostly “reserved” for your immediate surroundings, not for a true 3D exploration in the sense of, say, Resident Evil titles with their complex, interlocked locales. 2,5D aesthetics sometimes have a detrimental consequence – in the scripted scenes where you run away from something, you will often hit the wall or door frame due to the imprecise perspective it forces upon the player. You will then get eaten or beaten and returned to the previous checkpoint (checkpoint frequency is, thankfully, generous). Little Nightmares II has five fairly short chapters that lead to a quite disturbing conclusion, offering (at least) two endings that depend on your meticulousness during exploration and collecting the ghostly “glitches” you occasionally find. The game doesn’t overstay its welcome, lasting five to six hours, depending on your tolerance threshold of the unwieldy control scheme. During our playthrough, we often made long breaks, fuming from frustration while unpacking the emergency patience. 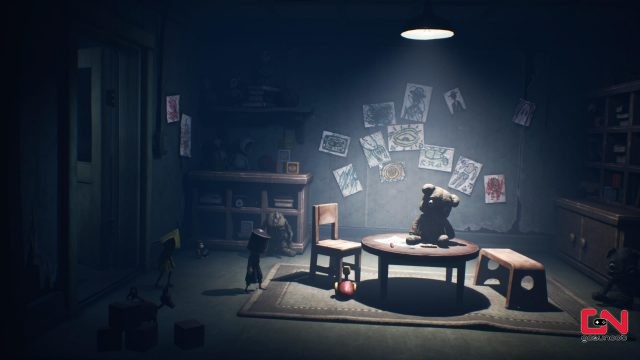 Sluggish controls are the significant letdown, even more so because it seems they are like that by design. There is a micro lag in everything you do, especially evident during several unavoidable combat encounters. You will recognize those by the convenient melee weapon that waits for you to pick it up, followed by the emergence of the nimble enemy that attacks much quicker than you can respond. Each swing with the ax, pipe, or something similar takes a few precious seconds – if you miss, you get immediately killed and off to the last checkpoint with you! We get that you are a small boy trying to wield the weapon almost bigger than him, but it frustrating nevertheless. You must arm yourself with a lot of zen while trying to figure the perfect timing required to stay on top of those encounters. The same goes for running away from danger, usually from some big weird thing panting and gnashing behind you. Expect to die a dozen or more times until you mentally tune in the required rhythm and dynamics. It is not THAT difficult, but it’s more challenging than it needs to be, breaking the flow and immersion of the game. 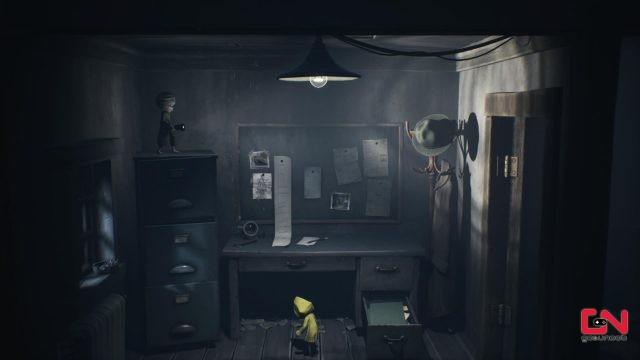 Instead of the singular environment from the first game, the Maw, you will visit and survive several quite distinct zones, each with its theme and unique dangers. The quality of the game content, puzzles in particular, is top-notch, and no matter your mileage in the gaming in general, we guarantee that you’ll often be genuinely surprised. We particularly liked the hospital chapter, full of weird puppet/patchwork zombie patients becoming aggressive in the absence of the light. You’ll overcome those terrors like the cute micro version of Alan Wake, shining the flashlight in their direction, freezing them mid-movement, but enabling those that stayed in the shadow to resume the chase. Pure excellence that only sometimes frustrates. 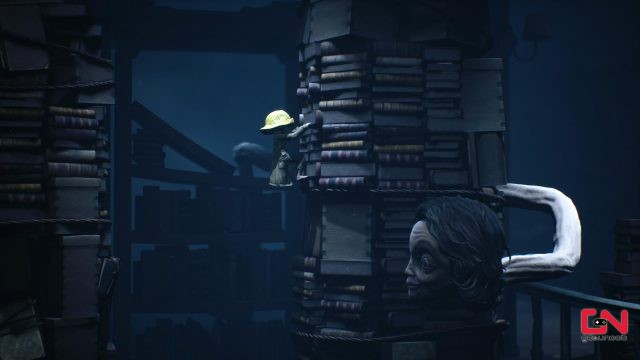 Little Nightmares II is the game best experienced in the dead of night when external noise drops to a minimum and shadows begin to dance and play with your senses. It has the power to grip you and suck you in its wonderfully twisted world, teasing you all the way but occasionally scaring you shitless. It’s a quality horror that requires a good deal of patience and some skill, but it makes it worthwhile in the end.