You pray for something new under the gaming sun, but the skies are silent AF. Suddenly, a thunder! Inside the smoking impact hole sizzles Loop Hero, the first honest answer to your prayers in 2021.

Loop Hero is an original little gem that can be very loosely described as a crossbreed of rogue-lite RPG and idle game. You play as the lone, confused warrior, trailing the empty looping path, the last remnant of the world that had been unmade by the evil lich. Apart from some aggressive slimes, the path is initially devoid of life, depending on you to reconstruct the surroundings as you see fit. 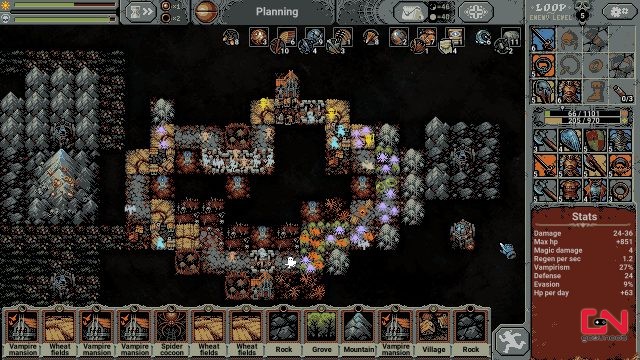 Well, that process is not entirely up to you – in equal measure, it depends on environmental cards dropped by mobs you come across on the path. Only the slimes respawn on their own; the materialization of other creeps depends on the stuff you decide to deploy. For example, if you place a “groove” card in the middle of the road, you can expect it to produce a few ratwolves every “day” you spend in the loop. There are also spiders, goblins, scarecrows, bandits, vampires, and many other fantasy foes with different degrees of lethality. They all drop useful stuff when dealt with, be it cards or the combat loot. Movement and combat are automatic, and your input on the loop is limited to building the level in real-time. 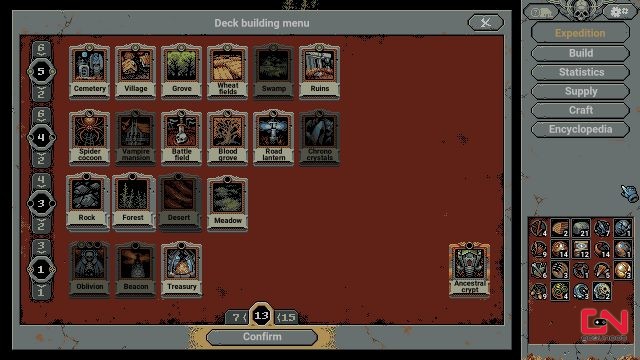 Loop Hero is the game in which you need to escalate to win and survive the later stages. In theory, you are not required to deploy any cards on the path, but if you just walk in a circle, killing only those poor slimes, you will eventually meet the boss and perish because you lack the proper equipment and leveling perks to have a fighting chance. The artistry of the whole thing lies in the necessity for careful escalation and balancing the risk and reward. You can quite easily fill up the nodes with scary stuff that will become overwhelming very soon – place several “ruins” cards in a row, augment them with vampire castles and spider nests on both sides of every ruin, and you will screw yourself pretty efficiently. Mobs respawn and gain level with every completed loop, and no matter how closely you keep up with them gear-wise, you will get overwhelmed. But, if you strategically put some lanterns along the way, you will limit the amount of spawned creatures, creating a more manageable challenge. This was but the simplest example of the object synergy possible in this game. There are many other, more powerful and clever combos and interactions between objects, mobs, and class you decide to play (more on classes later). 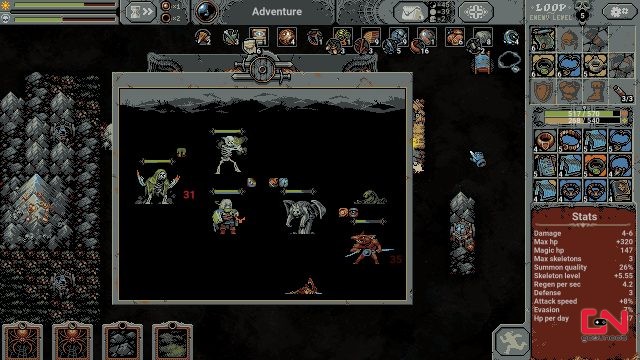 Every loop concludes in the base camp, where you automatically heal for 30% of HP, and off you go again. To a lesser extent, you can also heal in real-time when using the gear with the vampirism attribute, and later on, you can use healing potions. Besides cards and loot, you’ll collect various resources needed to upgrade the camp between runs. The influx of food, metal, stone, and other, more magical building mats is dependent on the stuff you laid out and loot you picked up – passage through groove yields wood, for example, regardless of the enemy present in the same loop node. It sounds complex, but it really is anything but. 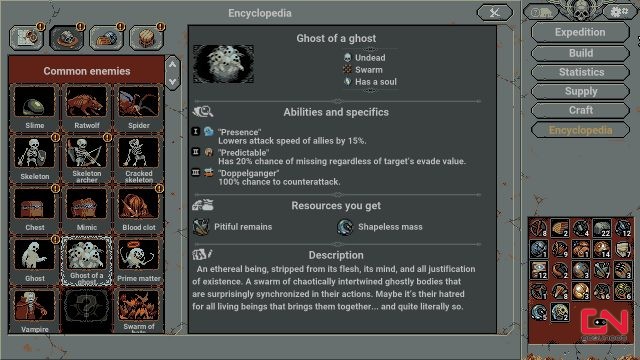 You can exit the loop any time you wish, which returns you to the upgradeable base camp and resets the loop to a default, empty state. If you decide to bail out near the camp, you get to keep 100% of the resources you picked up so far; opt to escape from anywhere else, you’ll end up with 60%. If you die and get booted automatically, that percentage drops to 30%. Between runs, you’ll need to decide what to build as almost every object unlocks something new – new classes (rogue and necromancer), new upgrade options, stats augmentation, etc. The nature of the progress is somewhat grindy, as you need those augmentations to tackle later chapters. The first two chapters/bosses are reasonably easy, but later ones can be a real pain for the fresh, non beefed up players.

Classes… Initially, you can play as a warrior, a fairly simple brute with the biggest punch and HP. You’ll eventually unlock rogue and necromancer, both of which differ from the warrior in some critical aspects. Rogue, for example, only gets loot after the end of every loop and cannot upgrade along the way. Necromancer fights with the help of the summoned skeletons, him being a bit squishy and easily killed. Every class profits from different build combos on the loop and the real joy comes from experimenting and finding them yourself. 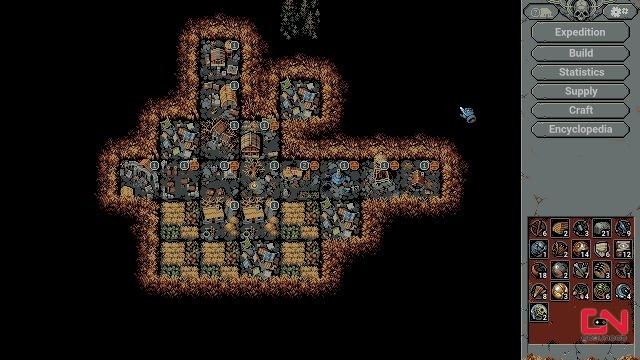 I feel that you, the reader, need a break from dissecting the Loop Hero mechanics. Its significance lies beyond its basic systems – the game is an attractive mix of simplicity and cleverness. And it is impossible to put it down once you start looping. It’s almost indescribable why it’s actually good, you’ll understand it entirely only when you dive in yourself.

From the technical standpoint, Loop Hero would be quite possible on Commodore 128 or early Amiga. Had it come 30+ years ago, its influence on the global gaming scene would be quite significant. Like the Yucatan meteor missing Earth and the age of dinosaurs never ending, this little-big, disrupting game would open its own timeline, influencing and inspiring God knows what or whom. I’m sure that in some parallel quantum Earth, some advanced, tech-savvy reptiles are playing very different games than us this very second due to Loop Hero releasing in 1989. 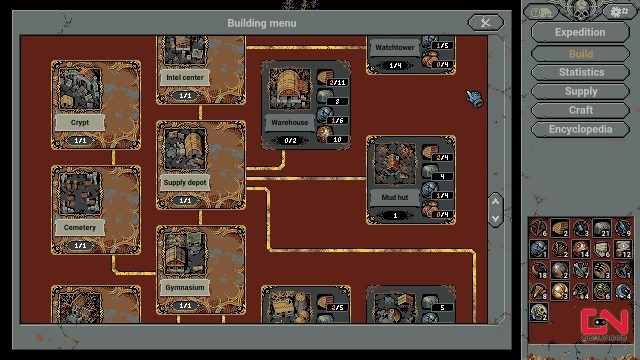 I would very much advise everyone to go and get Loop Hero, but that incentive is perhaps redundant as the game sells like hotcakes. It’s another viral hit for Steam, punching through the dust raised by the stunning success of Valheim. In otherwise dry season for gaming and glooming year for life in general, those two low-key sensations bring much-needed joy and inspiration. Times are almost good!