Hipsters with the ambition strive to be different, always searching for the experiences that follow the beat of their chosen worldview. Sadly, the real-world venues for both expression and immersion nowadays feel dried and quarantined. No obscure new age band will have an outdoor gig any time soon, the experimental theatre is on its last legs, and all the great weird novels had already been read. Is there any entertainment that they could enjoy consuming, making sure they don’t compromise the core values of Hypsteria? Games, maybe? But games are profane, commercial entertainment with scarce potential for the genuinely alternative ZBLING. Right? 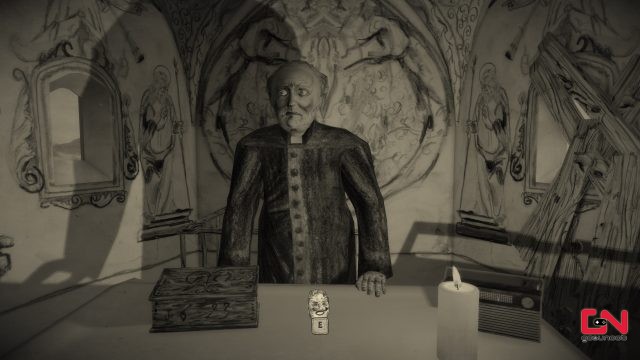 Wrong! How about the folk-horror game made in Switzerland, with hand-drawn, black and white pencil-shaded graphics and voice talents that speak in Rumantsch, an obscure post-Latin language spoken in the single canton (county) in the Swiss alps? This game carries so much hipster melange that it can profoundly spice up any average couch potato who thinks he’d seen it all. By the time end credits had rolled, I was the man changed – all my wardrobe transformed into flannel shirts, I grew full beard overnight, and my rimless glasses morphed into thick, old fashion, Clark Kent-esque spectacles. Soundgarden on vinyl became the only music that I could ever listen to again, and just thinking about kale laced with cardamom got me salivating.

All joking aside, Mundaun is a unique experience that approaches the concept of folk horror from a fresh angle. It’s pretty rough on the edges, but its rugged charms only add to its general uniqueness. I love it, but not just because of the divergence from the mainstream – it’s also delicious in the broad sense. 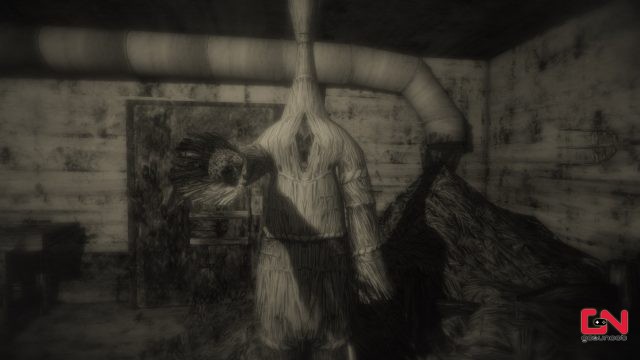 The game stars young Curdin returning to the remote alpine village of his youth to pay the last respects to his grandfather. Granpa Flurin had tragically died in the barn fire some time ago, but the church minister who sent you the letter assures you there was no foul play involved – gramps probably dozed off with his pipe, and dry hay took fire. Sounds innocent enough to be completely unplausible, and the game wastes no time in proving that something is rotten in the state of Switzerland. You get the supernatural kick in the butt in the literal first minute of exploring the village of Mundaun, and everything goes progressively wilder and weirder from there.

Mundaun is a first-person, action-adventure game with a strong whiff of survival horror. Curdin will explore the countryside, learning about the side of his grandfather’s history he never spoke about. During the unspecified war in the past, old Flurin’s isolated mountain infantry unit found itself in a precarious position – the enemy descended upon them in overwhelming numbers they had no hope of stopping. If they fall then and there, they’ll lose the mountain, then the valley, then the war itself. 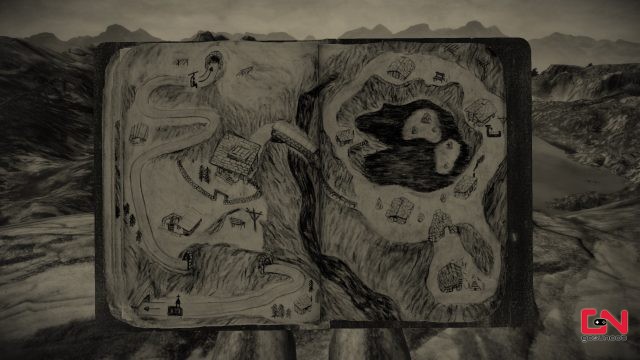 It doesn’t need to be like this, said the weird old man that appeared out of nowhere. If you just sign here, under the pentagram, I will make it all go away by burying the enemy under the avalanche. Flurin signed the pact and sealed it with the droplet of his blood; the old man kept his part of the bargain, but, as expected, that was just the beginning of the horrendous dependency that affected generations. So, it is up to you to deal with the swiss-flavored devil and ramifications of the decades-old contract he made with your grandfather.

Alpine village and its surroundings are peaceful and picturesque during the day but somewhat dangerous after nightfall. The first time you encounter the living stacks of hay, shooting you from a distance with something that envelops you in the grass, you might think that you had failed the mandatory stealth. But contrary to many recent horror games, Mundaun enables you to fight back, either with a pitchfork or, later, with the grandpa’s bolt-action rifle. There is a bit of survival horror for you – ammo is scarce, pitchforks break after several hits, and enemies are relentless, and they cause fear that slows you down. You can permanently increase your fear resistance by brewing coffee, provided you had found the stove, freshwater, matches, coffee beans, and a piece of wood for fuel. Finding and utilizing various items in the environment is the main segment of the “adventure”, with some light puzzles that occasionally spice things up. There is also driving – pretty soon after you establish that you’ll need to reach the twin peaked summit to face the devil, you’ll unlock the ability to drive the “Muvel”, your gramp’s hay-hauling lorry. 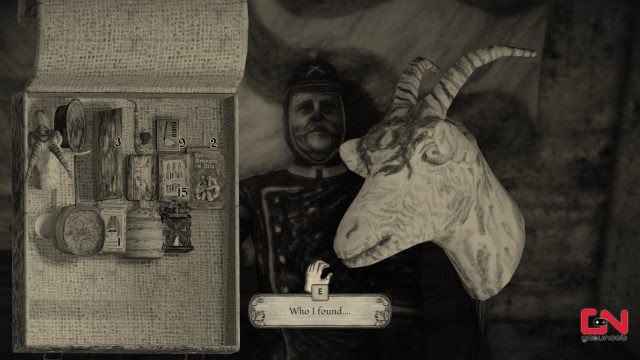 Even if Mundaun offers plenty of opportunities for straying from the beaten path and exploring, the plot is mostly linear, only branching in two instances near the story’s end. The game has multiple endings, so I strongly advise manually backing up the save point when confronted with the significant binary choice (you’ll know which ones, the game signals them pretty strongly). Most of the challenges you’ll face here are perfectly balanced, bordering on easy, but not in the sense of walking simulator games like Everybody’s Gone to the Rapture. Those walking simulators are massively overrated, and Mundaun is the convincing proof that you can tell an excellent horror story without compromising the core value of gaming. Gameplay. 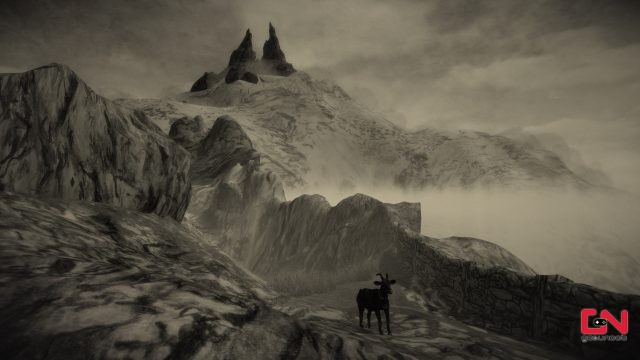 Mundaun is a reasonably short, effective game with a great plot, bizarre moments, and a weird, unique atmosphere you won’t find anywhere else. I was expecting just an appetizer while waiting for Resident Evil Village, but it surprised me with the rich taste of the full countryside meal. Burp!