Gaming trends are mostly unpredictable, but the sudden popularity of hard-core action RPG-s known as “Soulsborne” and “Souls-like” is very puzzling, considering the challenge, strain, blood and tears associated with them. Besides the genre titans such as the Dark Souls trilogy, Bloodborne and Sekiro, feverishly played by millions long after the release, we have a ton of B-class offerings like Surge 1 and 2, Lords of the Fallen, Ashen, Code Vein, Outward, Salt and Sanctuary… Those games are by definition niche products, but their audience is large enough due to the global, unstoppable proliferation of gaming. Simply put, so many people play games that a single 0,01% that consists of soulsborne/souls-like enthusiasts makes a significant figure on the planetary scale. The facts that those games are mostly immune to decay of time and that their audience is very vocal are also fueling their upward trajectory. 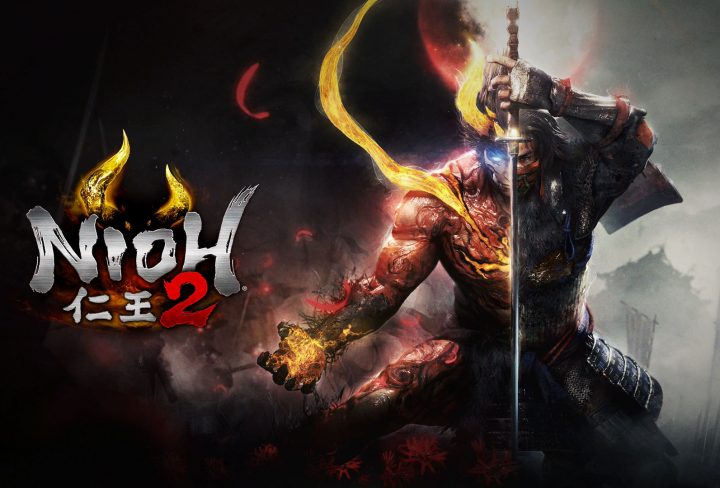 In 2017, Team Ninja’s Nioh was the first real challenger to “core” Soulsborne games made by the Japanese company called FromSoftware (Demon’s Souls, Dark Souls 1-3, and Bloodborne). The game was mostly successful in the regard of being praised for its length, difficulty, and complexity of combat systems. In 2020, wedged between Nioh and Sekiro on the one hand, and Ghost of Tsushima on the other, resides Nioh 2 – trying to repeat the former glory by reaching into the past.

Nioh 2 is a prequel to Nioh. This time, its Japanese developers were much less inclined to play to the expectations of the Western audience: William the samurai, blond Anglo-Saxon shogunesque (as in James Clavell’s Shogun novel/TV series) protagonist is replaced by a silent Japanese warrior possessed by a demon spirit. Nioh 2 delves much deeper into the Japanese folklore, weaving the macabre tale of a half-yokai demon hunter and his travails on the Sengoku era Nippon. The core game is mostly the same, consisting of a fixed series of campaign missions with a solid number of optional ones. This is the primary difference between both Niohs and DS trilogy, Bloodborne and Sekiro which offer single, open-world driven to expand by actions of the player. Missions in Nioh 2 are micro-alternatives to one vast landscape with interconnected zones: they are limited in size but saturated with content. That means more combat and less grandiose subtlety. Here, you won’t be inclined to read the environment in search for a hidden meaning like in Dark Souls – you will be busy trying not to be impaled, beheaded, hammered, poisoned, burned or destroyed in some other horrible fashion. 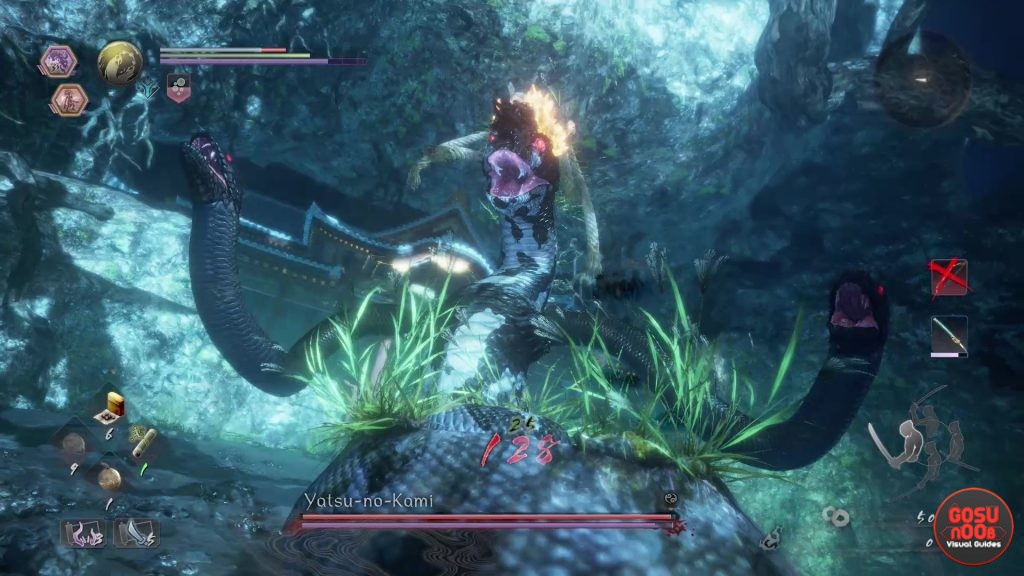 Both the greatest strength and greatest weakness of Nioh 2’s design lies in its super-complex combat system with nine potential weapons, each with a separate skill/combo tree, and three combat stances on top of everything. Sometimes, this complexity feels like an unnecessary über-bloat designed to impress. Sometimes you will be glad you have this many options, but you will inevitably, more than once, gruelingly yearn for some Sekiro-specific simplicity. Just you and your katana, without any confusion caused by kusarigama… An overwhelming abundance of offensive options also works as a smokescreen which allows devs to be somewhat lazy with the difficulty balancing. They simply don’t need to go very deep into fine-tuning the boss fights as there is bound to be more than five or fifteen efficient tactics/talent/weapon combos for each one of them. Keep dying, keep experimenting and you will inevitably find a solution for every soul-crushing mega Yokai you encounter, unless rage quit demon gets you first. 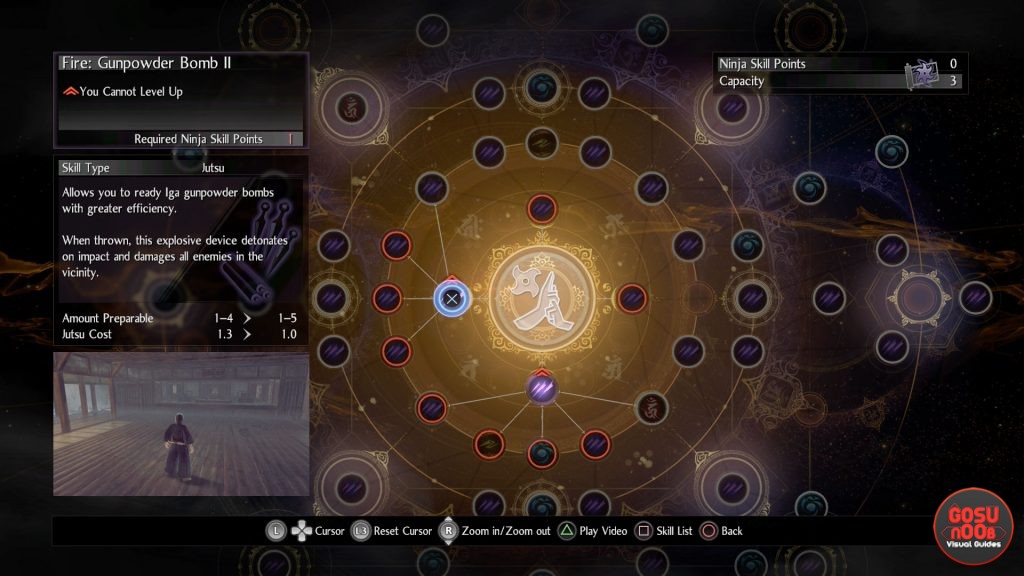 But even if you are persistent as hell, unless you are one of those YouTubers who specializes in zero death Soulsborne runs which baffle the mind, you will definitely need help in plowing through this VERY difficult game. Enter the benevolent graves, blue headstones that randomly litter the landscape. Most of them represent a player-seeded marker which summons the player, albeit not in “live” form, akin to Dark Souls games, but as an AI-driven avatar of himself. Each summon requires a specific resource which is easily farmable by dueling the red avatars from red graves – they work like invaders from DS games, but here, you invade yourself at will (summoning resources can also be bought from the Kodama bazaar, an in-game shop located in every soul shrine). You can also play in co-op with other players if you are cool with the increased difficulty of everything.

Being half demon, our hero can do stuff that William couldn’t. For example, you can attune yokai cores dropped by some tough mobs into your guardian spirit and use powerful, demon-specific attacks which vary depending on the type of the demon core you are using. Besides HP and KI (stamina), Nioh 2 introduces the third combat resource – anima, which powers those yokai moves. One additional combat option is a full demon transformation, which can be used only after the gauge fills to 100% (by beating regular mobs). As a fiery, towering yokai, you are invulnerable and far deadlier than in the human form, but you can sustain it for a very short time, shortened even more with every swing and dodge you perform, and with each hit you take. Demon transformation is best saved for the final phase of the tough boss fight when your AI or player partner is dead, when health items are exhausted and hope is generally lost. But even then, this is a gamble which may or may not work: in our experience, temporary overconfidence which it provides for players almost always results in overexposure when it ends. One second you are careless, madly swinging, a roaring giant, and next, you are a tiny samurai with kusarigama and no stamina to block or dodge massive jaws rushing your way. Gulp and die, rinse and repeat, or give in to the rage-quit yokai…

If you don’t mind the difficulty and complexity, there is a lot to like in Nioh 2. But if you play this kind of games motivated primarily by aesthetic melancholy, hidden meanings and layered lore hidden in every Dark Souls game, Nioh 2 could drag you down and spit you out, leaving you bruised and dissatisfied. Here, the struggle is real.

NEXT POSTWhere to Find 10 Lords in Mount & Blade 2 Bannerlord